The Belarusians landed ZU-23-2 simultaneously with the calculation. For the first time in history

April 5 2018
32
In Belarus, during battalion exercises for the first time in stories the republic’s army carried out a simultaneous landing of an anti-aircraft gun (ZU-23-2) together with the calculation from the IL-76MD transport aircraft. It is reported by the press service of the Ministry of Defense of the Republic of Belarus. 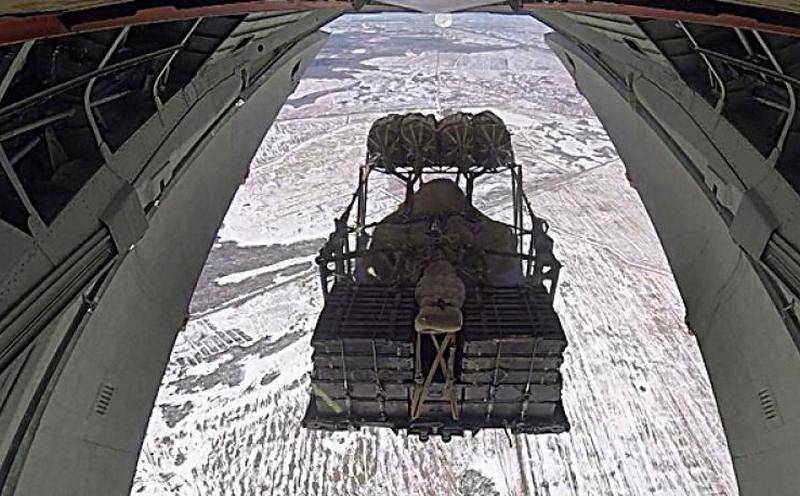 According to the plan of the exercises, two paratroopers, abandoned on the territory of the illegal armed formations, needed additional armament. In order to cover the cargo receiving area from air attacks, and the ZU-23-2 anti-aircraft gun was parachuted and calculated.
cites the legend of the exercise the press service of the Ministry of Defense of the Republic of Belarus.

According to Colonel Vladislav Stepanyuk, the landing was done using the P-7 parachute platform from 900 meters from a Il-76MD military transport aircraft. The flight weight of the object was 4400 kilograms. Immediately after the object landed, the paratroopers proceeded to the mooring of the anti-aircraft installation. Then the calculation of the gun on the "excellent" worked one of the episodes to repel the enemy air attack.

This is a great experience. We landed immediately behind the P ‑ 7 parachute platform, where the anti-aircraft installation with cargo was located. To this significant event prepared very carefully. Of course, there was excitement, but at the same time there was confidence that we would succeed.
- said the commander of the calculation of the guard foreman of contract service, Artyom Tsvetkov, who was the first to leave the military transport aircraft after the "auscet".