A new methodology for preparing for the "Tank Biathlon". The first competitions were held in the Central Military District

April 5 2018
11
A new discipline has been added to the methodology for training crews for the Tank Biathlon as part of the experience gained by the command of the Russian Armed Forces in the Syrian Arab Republic. The first such competitions were held in the Central Military District, the Military Survey was told in the district press service. 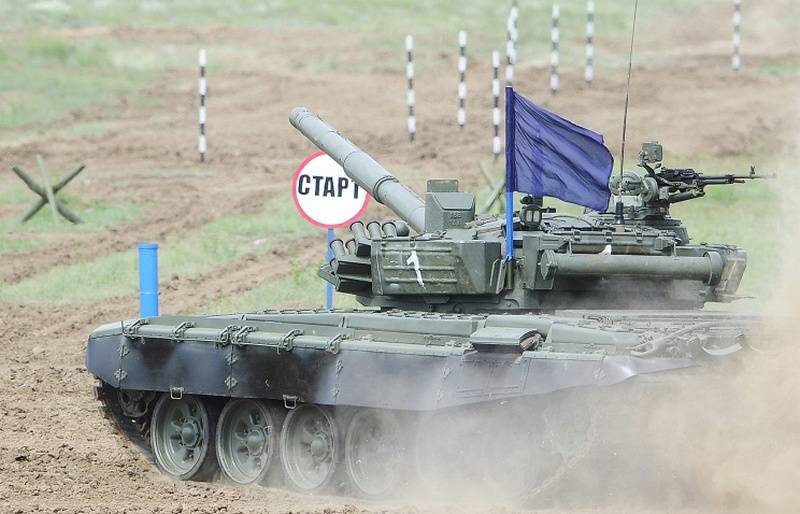 Now the crews at the qualifying stages before the All-Army Competition must pass the race as part of a team of three tanks (platoon), who simultaneously overcome the track, and points are counted for the last crew.

Another innovation of the new discipline is to execute firing from closed firing positions using reconnaissance and fire circuits. For this, the platoon commander is given an unmanned aerial vehicle and artillery bussol is allocated.

Competitions were held at the Totsk training ground in the Orenburg region. 7 teams took part in them on T-72B3 tanks.

Ctrl Enter
Noticed oshЫbku Highlight text and press. Ctrl + Enter
We are
Tank "Type 96B": scores and competitionsThe Ministry of Defense of the Russian Federation plans to use over 40 ZVO training grounds for the qualifying stages of the "International Army Games-2016"
Military Reviewin Yandex News
Military Reviewin Google News
11 comments
Information
Dear reader, to leave comments on the publication, you must sign in.