The upgraded anti-missile again showed itself to the test

April 2 2018
27
A departmental newspaper of the Russian Ministry of Defense reported on tests of a modernized national antimissile. The test, as reported by the Red Star, was held at the Sary-Shagan test site in the Republic of Kazakhstan. Major-General Andrei Prikhodko, deputy commander of the air defense and anti-missile defense system of the Russian Federation, stated that the upgraded anti-missile successfully hit the target by completing the task at the appointed time. 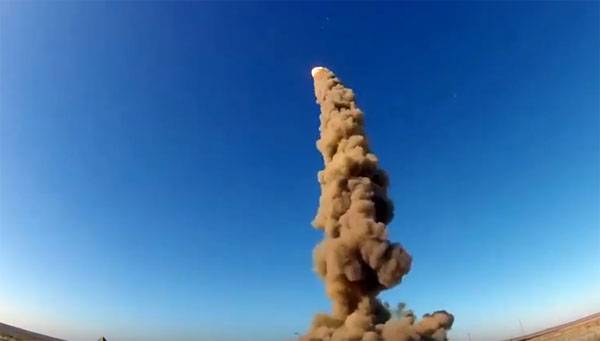 Earlier, the Russian Defense Ministry reported that in February, a test of the ORS-1M missile was conducted. The test was also conducted at the Sary-Shagan test site. In fact, we are talking about the modernization of the anti-missile 53Т6, the life of which actually expired by the year 2010. The new version is equipped with modern electronics, has a body of high-strength materials, including composite. Increased performance on anti-missile speed. The affected area has increased by about 50% in both height and range.

They plan to use the antimissile system to upgrade the missile defense system of the Moscow region
Ctrl Enter
Noticed oshЫbku Highlight text and press. Ctrl + Enter
We are
53T6 interceptor missile tested
Military Reviewin Yandex News
Military Reviewin Google News
27 comments
Information
Dear reader, to leave comments on the publication, you must sign in.