April 2 2018
52
Last weekend, the Tverskoy District Court of Moscow made a decision, as a result of which an increase of three to four people in the American population of Miami was suppressed. Among the newly-minted Floridians could easily be such a Russian citizen as Ziyavudin Magomedov - a man whose condition, according to Forbes, is estimated at 1,25 billion US dollars. This modest amount allows a modest businessman to be one of the hundred richest citizens of Russia and occupy the 76 line. 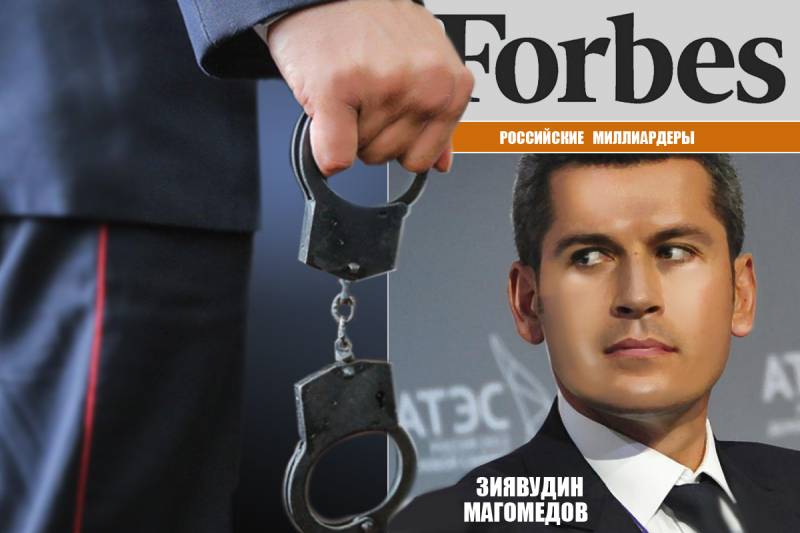 So ... Tverskoy Court of Moscow decided to arrest for two months Ziyavudin Magomedov, who is co-owner of Summa group of companies, as well as another co-owner of Summa - his brother, ex-senator from the Smolensk region Magomed Magomedov. The third person who will be under arrest at least until the end of May is Arthur Maksidov, who heads the construction company Inteks, which is structurally included in that Magomedov Summa.

Ziyavudin Magomedov was stopped practically “on takeoff”. 31 March, he was going to fly to rest in the mentioned Miami and, of course, "come back." Magomedov himself declared his readiness to return after the rest, wondering why they didn’t believe his words in court. 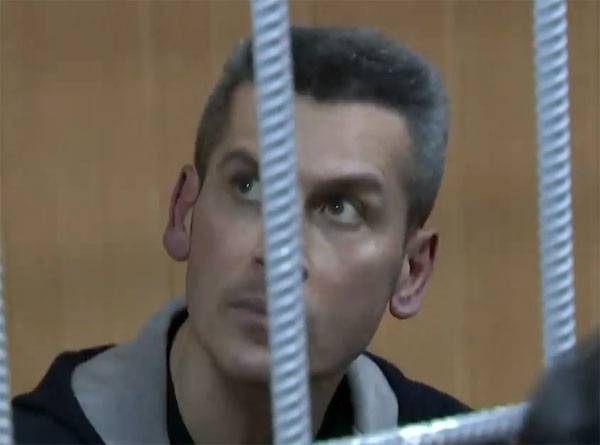 What is the reason for the arrest?

The investigation believes that Magomedov and Maksidov were involved in large-scale embezzlement of budget funds, for which the main person involved in the previously instituted criminal case, Ziyavudin Magomedov (by the way, a relative of the notorious Ahmed Bilalov, former chairman of the board of Resorts of the North Caucasus), according to investigators criminal community. In total, persons involved in the case are accused of embezzlement and appropriation of approximately 2,5 billion rubles.

At the same time, such a fact attracts attention: the criminal case was initiated back in 2014. For more than three years, the business has grown to gigantic proportions. In addition to Magomedov and Maksidov, there are dozens of defendants and more 200 (!) Legal entities. It all began, by the way, with the identified thefts during the construction of Arena Baltica - the Kaliningrad stadium. Then, to this case on the work of Summa, other criminal cases were summed up, including - on the non-payment of taxes by the company responsible for the activities of one of the ports.

Two of the wide circle of defendants almost simultaneously with getting into the lists of the investigation were so tired that they decided to rest and recuperate in the UAE. Tired, apparently, so badly that the forces have not been restored so far, and the people themselves tired have not yet returned to Russia.

What else attracts attention is the colossal funds comparable to the budgets of entire regions, which in fact could become an “ordinary” pledge for billionaire Magomedov and two other detainees. Lawyers for the co-owners of Summa asked the court to release the defendants on bail of 2,5 billion rubles. For everyone! In other words, the volume of bail is equal to the amount of funds stolen, according to the investigation version.

Magomedov himself commented on the claims presented to him by the investigation (citation "Vedomosti"):
If damage was caused there, first of all, naturally, to the state, then, of course, it could be repaid. We would probably have such opportunities in resource mobilization. I do not see here any reasons for criminal cases.

In fact, the billionaire makes it clear that even if the evidence of his participation in the large-scale fraudulent scheme is provided, he is “not going” to go to jail - “ready to pay.” Like billionaires, everything is simple, it turns out ... There are no reasons for initiating criminal cases ... But why? .. - You can simply “mobilize resources” and pay off. I remember the notorious Leninist phrase about the bourgeoisie and its keen desire to defend power.

Arrested non-poor people were sent to the Sailor Silence Prison. It is not hidden: the measure was taken so that the defendants could not communicate with each other, or with those "comrades" who remain "on the other side of the fence."

The main question is: has the state decided to take on representatives of the oligarchic circles who may be involved in corruption crimes, seriously? Or is it a measure that in the current circumstances becomes more an exception, and in the end all the defendants will get off with a slight fright?

If the court ultimately decides that the defendants in the criminal case on Summa really carried out large-scale embezzlement, then the “landing” of a person from the hundred Forbes list in Russia will become a precedent. And in fact, the first of this kind since the "landing" of the oligarch Khodorkovsky (even if criminal cases have a different base).

The expert community discusses the view that the arrest of billionaire Magomedov is a kind of tectonics regarding the block of government that the people associate with “deep” liberality. The very same block in which elements of a business are declared a sacred cow, even if these elements are based on frauds with budget funds and tax evasion. They are declared sacred cow, even if the business of documents is working "to zero", and even "minus", but at the same time it gets involved in large projects with an eye on state assets.

In connection with the arrest of billionaire Magomedov, we can expect a liberal howl about the “new 37” and “strangling of business”. By the way, it will be interesting to see how active the howl will be, and whether the decision on the billionaire can affect the future composition of the cabinet of ministers, which will be announced in May - the month before which the arrest is in effect.