Poland has signed a contract for the purchase of Patriot

March 29 2018
21
Polish minister of defense Mariusz Blaščack and US ambassador to Poland Paul W. Jones signed a contract yesterday for the supply of the first two batteries of the American Patriot anti-aircraft missile systems in the PAC-3 + configuration to Poland, according to bmpd with reference to www.defence24.pl. 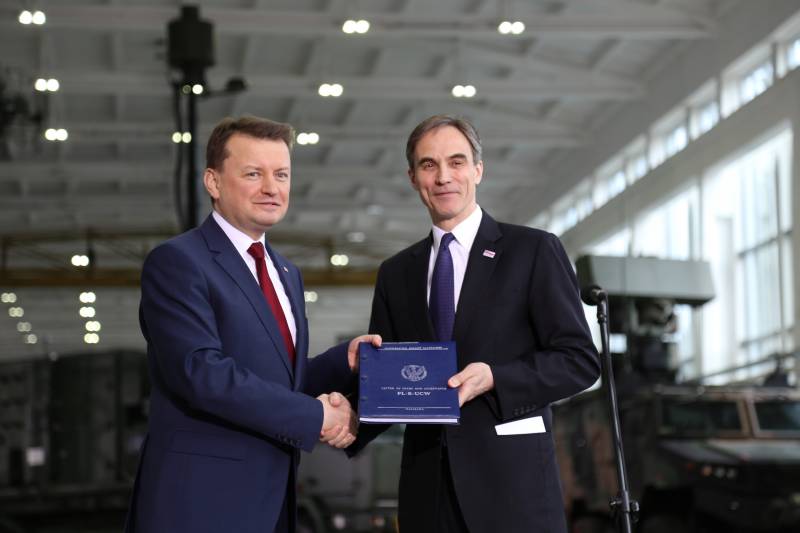 Polish National Defense Minister Mariusz Blašczczak and US Ambassador to Poland Paul W. Jones after signing a contract for the supply of the first two Patriot anti-aircraft missile systems to Poland in the PAC-3 + configuration. Warsaw, 28.03.2018.

The transaction value was 4,75 billion dollars.

It is reported that “in fact, the two Patriot PAC-3 + ZRS batteries are made up of two“ fire units ”(Jednostki ogniowe) each, equivalent to the US standard batteries of this system, so Poland acquires four batteries according to American terminology.

The contract must be fully completed before the end of 2022.

Poland also intends to integrate two domestically produced systems, the new P-18PL radar and the PET / PCL detection system, as means of detecting targets. Their release is planned to adjust at the enterprise PIT-Radwar.