March 28 2018
189
The political situation is heating up around the Nagorno-Karabakh Republic. Representatives of the military departments of Armenia and Azerbaijan exchanged very sharp statements. 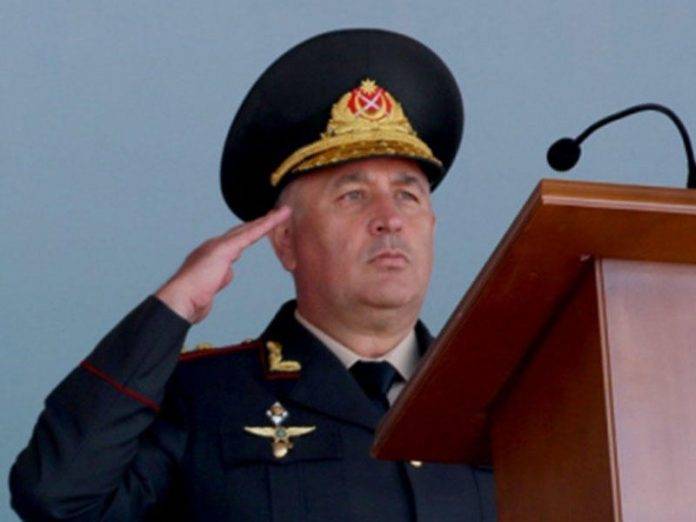 Deputy Defense Minister of Azerbaijan, Lieutenant-General Kerim Veliyev said that "the military operation to be launched by the Azerbaijani army will lead to the complete defeat of the Armenian armed forces and will result in the inevitable tragedy of the Armenian people."

So he commented on the recent speech of the Chief of the General Staff of the Armenian Armed Forces, Colonel-General Movses Akopyan on the air of the Armenian Public Television.

In an interview with the television company, the Chief of the General Staff of the Republic touched upon the 7-year modernization program of the country's armed forces, the aim of which is to ensure the long-term guaranteed security of Armenia and Nagorno-Karabakh from external aggression.

“All measures planned by this program should deter the adversary and, to some extent, prevent the resumption of hostilities. And if they are renewed, they cause such losses to the enemy so that he would be forced to abandon the idea, ”said Movses Hakobyan, noting that deterrence does not imply passive defense, but provides for the application of counterstrikes.

Such an interview topic and such a question can hardly be considered a manifestation of aggressive intentions, especially in the context of the current situation.

Recall, the leadership of Azerbaijan constantly talks about the forceful solution of the “Karabakh issue”. Moreover, on February 8, speaking at the congress of the Yeni Azerbaijan party, Azerbaijani President Ilham Aliyev stated: “Yerevan, Zangezur historical land of Azerbaijanis, and they must return to these historical lands. This is our political and strategic goal, and we should gradually approach it. ” 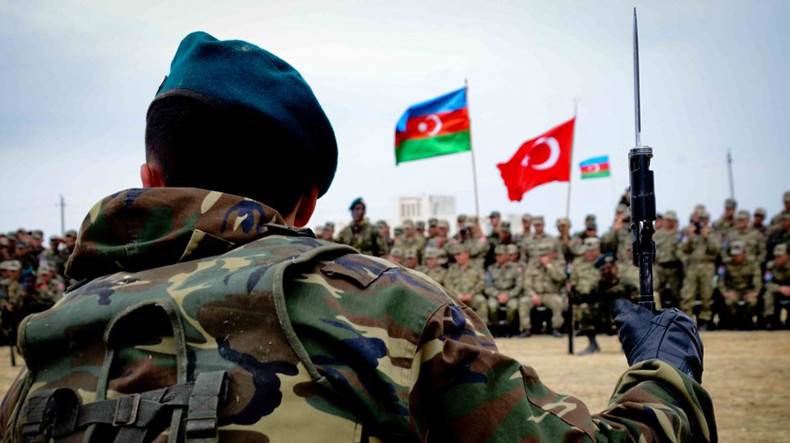 That is, the head of Azerbaijan has publicly declared the destruction of the neighboring state and the seizure of its territory as the strategic goal of his country.

After such speeches, the concern of the Armenian society is quite understandable, especially since Baku is conducting intensive military preparations. As the questions asked to General Hakobyan by the television staff.

And the response of the commander, aimed at reassuring fellow citizens, sounded quite logical.

“Deterrence or defense does not mean that we will sit in the trenches and wait for the enemy to overtake us. It has never been and never will be. We will take all necessary steps to prevent a war. However, if the assessments are such that the enemy in any case starts hostilities, then we will strike so that he does not have time to go to an organized offensive, ”the general noted.

However, in Baku they saw in this speech a manifestation of verbal aggression. And a representative of the Azerbaijani defense ministry broke out in an angry “rebuke” in which he called the “fiction” 7-year program of the Armenian Defense Ministry to modernize the republic’s armed forces and the statements of its leadership were “ridiculous”.

As confirmation of this, Veliyev considers the 2-5 April 2016 clashes, which, in his opinion, showed that "this conflict can be resolved and nothing will break the determination of the Azerbaijani people to liberate their territories."

And the NKR, according to the general, exists solely because of Azerbaijan’s adherence to the norms and principles of international law.

“But if the issue is not resolved peacefully, then Azerbaijan will definitely take advantage of the right to ensure its territorial integrity by any means and means,” Kerim Veliyev warned.

Of course, it can be assumed that this is a common verbal swoop on the sides, which has occurred more than once throughout the existence of independent Armenia and Azerbaijan, and, accordingly, the Karabakh conflict.

However, the aforementioned statement by Ilham Aliyev about the seizure of Yerevan and Zangezur is unprecedented. And the consistent continuation and development of this topic by high-ranking Azerbaijani officials (in conjunction with the growth of tension in the conflict zone) suggests that this is not an accidental rhetorical combination of the Azerbaijani head, but a kind of “trend.”

What is happening in the region is not limited to the specifics of only Armenian-Azerbaijani relations. All this is directly related to the position and interests of Turkey, which is the main patron of Azerbaijan, and Russia, an ally of Armenia.

Recall that the “four-day war” in April 2016 of the year was stopped primarily by the efforts of Moscow, to whose interests the escalation of the situation in Transcaucasia categorically does not correspond. By virtue of this, Russia put all its strength into stopping the flare-up conflict, putting pressure on Baku, and calling on Yerevan to show restraint.

Note that Azerbaijan is also an important economic partner, and Russia maintains intensive trade relations with it, including in order to be able to influence political trends in this country.

However, the possibilities of Moscow in this sense with the influence of Ankara on Baku and can’t be compared.

Anyway, it is extremely difficult to assume that the provocative statements of Aliyev and other representatives of the Azerbaijani leadership were made without the consent and approval of Ankara (and possibly at her request).

Why does Erdogan need it?

The answer is simple. At the moment, the situation in Syria has become extremely tense, the clashes between the CAA and the allies of Damascus with the pro-Turkish Islamist gangs have already taken place. The Syrian troops even used the MLRS BM-21 to stop the convoy of vehicles in Idlib with the Turkish military. Erdogan announced an attack on the Tell-Rifat, which is under the control of the Syrians. Skirmishes of pro-Turkish militants with government forces are already taking place in the southern part of the canton of Afrin. Ankara does not hide its claims, at least in Northern Syria.

The main obstacle for Turkey’s realization of its aggressive plans in Syria is Russia.

Based on this, Ankara is trying to put pressure on our “sore point” - the Karabakh conflict, in order to make it more accommodating. The situation in the Caucasus, is really very difficult. If we consider that Georgia is also a Turkish partner, then in the event of an aggravation of the situation, Armenia may find itself in an actual blockade, with a single “window” to Iran.

Of course, in the case of a large-scale Armenian-Azerbaijani war, Russia, fulfilling its allied duty, can carry out an operation to force the aggressor to peace, using the water area of ​​the Caspian Sea, and also launching an offensive from the north, from the territory of Dagestan. But such a scenario would be extremely undesirable for our country, and is associated with many negative consequences.

That is why the provocative speeches of Baku are a form of pressure on our country, calculated on the fact that Moscow will have to go with Turkey to bargain for Syria in order to avoid an escalation in Transcaucasia.

To a certain extent, the possibility of such a situation was the result of the policy of “appeasement” that our country tried to implement in the region. Thus, the official representative of the Ministry of Foreign Affairs of Russia, Maria Zakharova, at a regular briefing commenting on Aliyev’s statement about the intention to “return” Yerevan and Zangezur, said: “In Moscow, of course, we saw the President’s speech at the congress of the ruling party. We know very well that relations between Azerbaijan and neighboring Armenia are extremely tense, and the statements mentioned above clearly do not contribute to the reduction of tension. ”

If we take into account that Russia is a co-chair of the OSCE Minsk Group on Karabakh, as well as Armenia’s ally in the CSTO, then such a “streamlined” reaction to Aliyev’s flagrant statement looks, to put it mildly, strange.

The desire not to “aggravate” forms in Baku a sense of permissiveness, as well as an inadequate perception of its own capabilities. What, to a certain extent, Ankara uses.

Meanwhile, although Ilham Aliyev often puts in, he is a pragmatic person, and he obviously will not play the role of a “shahid” even in the interests of Turkey. Therefore, Moscow should probably more firmly designate a framework for it. In order to avoid the need to make later unpleasant and difficult decisions for us.

You can start right now. For example, to give a clear assessment to the statements of the Azerbaijani general, who threaten the “inevitable tragedy” of the Armenian people, who are an ally of Russia.