Circus left. And what about Titov?

March 25 2018
65
At last, this circus on a horse brigade called “Elections-2018” is over. On the surface of the political and informational swamp, to the bottom of which temporarily, and perhaps to wait, the losers have fallen, now except for a little horse neighing and Grudinin's mustache are floating. Someone went to the bottom under the cries that the people are not the one who pulled the horseshoes and their own reputation, and some were covered with moss during their lives, and even a gray-haired hipster beard designed to rejuvenate the image of a political corpse did not help.


However, one of the inhabitants of this quagmire did not even seem to surface. And the personality is entertaining, despite the fact that the mediocre clerk of the average hand looks like a gray man, and the people only remember the absurd likeness of the slogan: “What about Titov?” Although even a person far from polytechnology understands that Titov will fly past the cash register, and his slogan is easy turned over: "Well, where is Titov?"

In the media space, of course, his attempts to surface themselves as the protector of all entrepreneurs surfaced. Why, the whole ombudsman (another word, behind which there is often complete emptiness) for the protection of the rights of businessmen! Another thing is that in our country, which traditionally sympathizes with left-wing ideas, at least donate an entrepreneur to dry-cleaning - you cannot wash all the stigma “trader” like a black dog. And given the emergence of capitalism in 90-x, to go under such banner in the presidency is the same as with parole to try to take the place of the collector. Yes, and evil tongues knocked together on the knee party Growth dubbed prostatitis. Well what will you do! 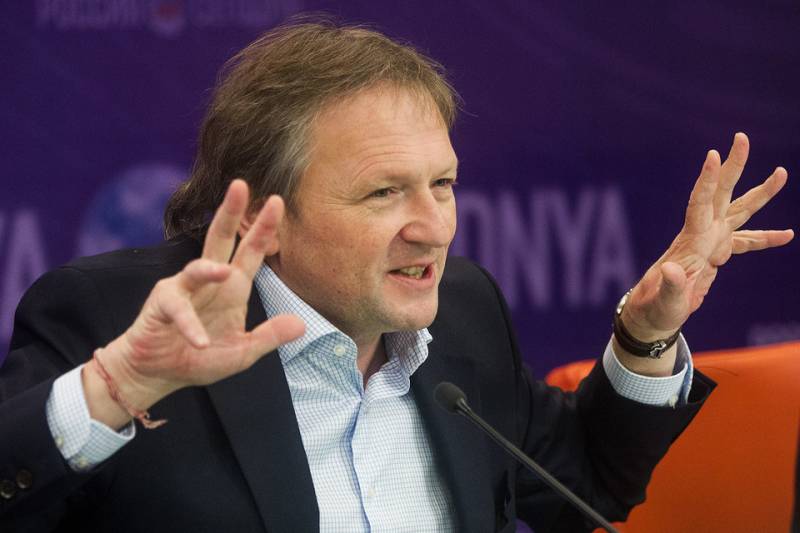 However, shortly before leaving to the political bottom, citizen Boris Titov, either decided to play the role of a benefactor, or to tinker with the image, using media attention, or at all to trample on the lawn in Chechnyn in an attempt to select votes. After all, as is known, Grudinina was positioned as a successful "director of the state farm" in which he is the patron of the disadvantaged, a wise manager, in general, the king, god and military commander. Of course, this is fierce nonsense, because state farms do not exist in nature, and Pavel Nikolayevich is simply the director of the Lenin State Farm Closed Joint-Stock Company (a state farm is a brand, not a form of ownership, for dull people). But, oddly enough, it worked. The network is still grazing, the truth is significantly thinned, the flock of the “Lenin State Farm”, which proudly beats itself in the chest, that in the “state farm” a majority has voted for “comrade” Grudinina.

Anyway, citizen Titov nevertheless decided to play the role of a local zealous owner-patriot of the land of Novorossiysk. A sort of landowner from the sweet myths of the breadcrusts. First, Boris announced the receipt Novorossiysk registration, which is totally populist step. Then Ostap suffered. Titov became inflated by importance and said that he wanted to pay taxes right here in Abrau-Durso, so that the money would go to the “development” of this region. Well, here at least swear. Finally, Boria announced that Abrau-Durso was his home! And here I agree, now the Titov family does not own in Abrau except a couple of hundred souls. In one way or another, the Titovs manage ZAO Abrau-Durso (wine production), OOO Abrau-Durso (growing grapes), OOO Abrau (selling beverages), OOO International School of Wine-Making Abrau-Durso (tourism, etc.) , LLC Abrau-Stroy (does not need explanations), LLC Territory of Abrau-Durso (engaged in the preparation and sale of property, telling the name), etc. etc.

For a start, let's figure it out - which of the Titov patriot? The children of Bori, Pavel and Maria, citizens of Britain, they received education there and grew up, and their daughter was born in foggy Albion. But it is, flowers. But the berries are that, according to DailyStorm, Pavel Titov (born 1984) is the general director of Active Capital LLC, which, without shining, of course, rules the ball in the entire Abrau empire. Yes, yes, a winery based on land of a specific estate, i.e. which belonged personally to the Emperor of the Russian Empire, and after the revolution became the state farm, due to the twists and turns of 90's and zero, when the state lost a controlling stake, it now partly depends on the financial interests of its loyal Majesty. 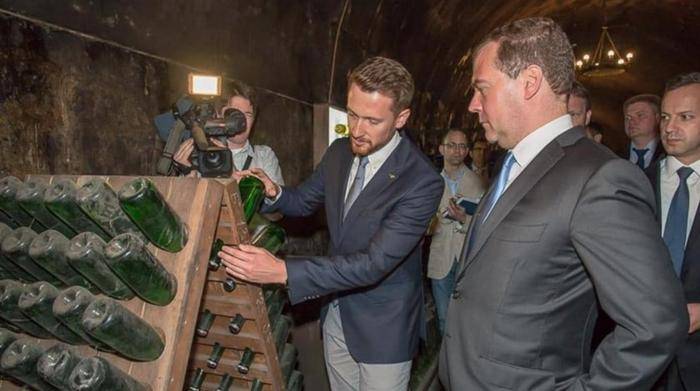 - Pavel, I ask you, as a winemaker, a winemaker - can you tell Riesling from Chardonnay?
- Of course, Dmitry Anatolyevich! There is an inscription here!

But maybe the semi-Vikings raised winemaking to a new level, retained the honor of the brand? This is unlikely, since it is not a secret to anyone that Abrau purchases bulk, i.e. buys wine, which later "brings to mind" and bottled, decorated with the sovereign nostalgic name "Abrau-Durso." Wine material is transported even from South Africa in specific containers for liquid cargo — flexitanks — which is not shown to you on the official website — unattractive. There is nothing illegal in this, and even wine can be of decent quality. Just hope that you drink a drink of Abraus grapes, the Black Sea sun and earth, fostered by the work of our winemakers, is not worth it. At the same time, in the “Atelier of wine“ Abrau-Durso ”brand store the cheapest bottle of the sparkling series“ Russian Champagne ”(ambiguous name) will cost the Russian citizen 370 rubles. 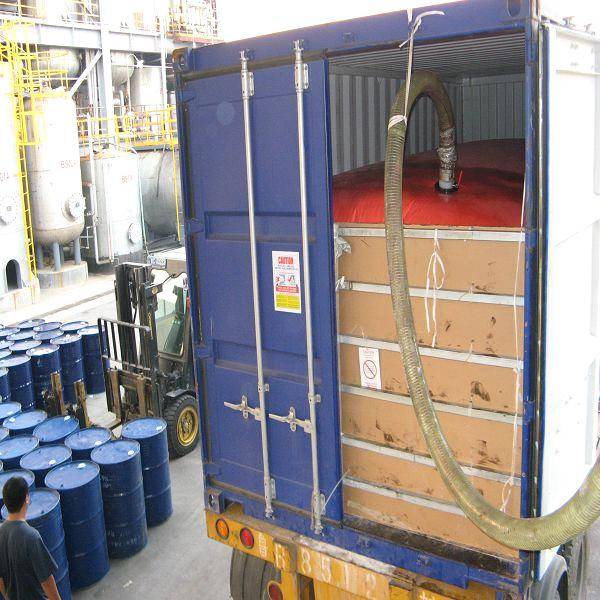 And as a final touch to Titov's patriotism. One of the premium series of sparkling wines is named after Victor Dravigny, who was promoted to the rank of icon in the company's marketing policy. This is the only named series of wines in the portfolio "Abrau-Durso"! After all, Victor worked in Abrau as many 14 years, they will answer me. But then why did Anton Frolov-Bagreev, who gave this land more than 25 years, to the main championist of the country who defended vineyards from being plundered into the Civil War, to a prominent scientist who knew 3 language, was devoted only a couple of paragraphs on the official website of the company? Apparently, this is another property of Titov's patriotism. By the way, in various sources indicate that Frolov-Bagreev in 1905 year after his intercession for the winery workers fell into disfavor of the Tsarist secret police without the assistance of one of the members of the Dravigny family. 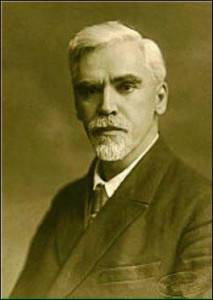 But, perhaps, in the field of defender of entrepreneurs, Titov achieved success? First of all, this is such a specific area that there is not much obvious success, unless, of course, we take into account those British restless people for whom Titov fights so selflessly. Secondly, is it worth saying that for entrepreneurs sometimes their colleagues represent a greater danger, they just use the services of thieving bureaucrats. But on the hat in the fiery speeches of the liberals, who, at the same time, bargain for their privileged position, will receive the state. And, thirdly, I don’t know how the fugitive poor things are in Britain, but in Abrau itself the entrepreneurs are not thrilled with such a host of a city-forming enterprise.

After Titov in 2006 began his long and thorny path to finding "home", specially controlled areas began to appear in Abrau, fenced off by barriers or guards of the enterprise. Local owners are not elite brand shops and restaurants, and simple grocery stores it became impossible to deliver the goods to the counter. In 2012, this news even reached the mayor of Novorossiysk and got into the local press, which is rare for this region, but the Abrau-Durso company replied that this was a temporary measure during the tourist season and vintage. Given the very specific manner of communication "chopovtsev", and ordinary citizens fell. The “temporary measure” even referred to Promyshlennaya Street, on one side of which a winery was located, and on the other ... the administration of the village. 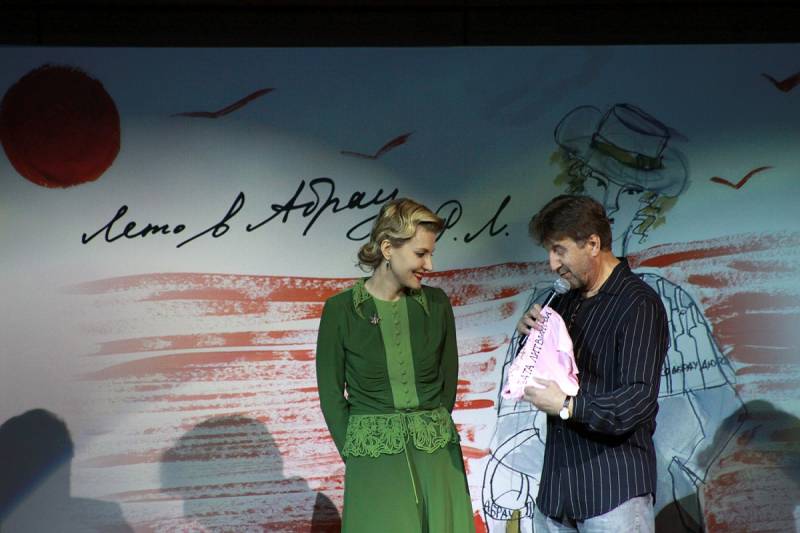 So maybe Titov arranged the Abraus valley? If only for yourself and your business. For example, he built a deluxe village with houses in the Tuscan style in a unique natural area, in which the average citizen would not have enough money for a couple of squares. Rebuilt and opened two restaurants, as well as a cafe and a barbecue bar. He opened the Imperial Hotel & Champagne-spa, in which a standard room will cost at least 6500 rubles a day (breakfast included in the price looks like a mockery). Also for tourists the hotel “Usadba Krugloye Ozero” was opened, albeit with more affordable prices.

Moreover, you can rent everything - every whim for your money. The amphitheater on the embankment of the village (!) Overlooking the lake and the church of Xenia of Petersburg - 30 thousand per day and at least obscene chastushki sing. Two wooden open "chateau" on a stone foundation among unique vineyards - for health - 5 thousand per hour. To arrange a feast in the hall, carved out in the rock by Prince Golitsyn, is nothing easier, around 15 thousand rubles. And so that the noble guests could inspect the possessions of Boris, a helipad was built. 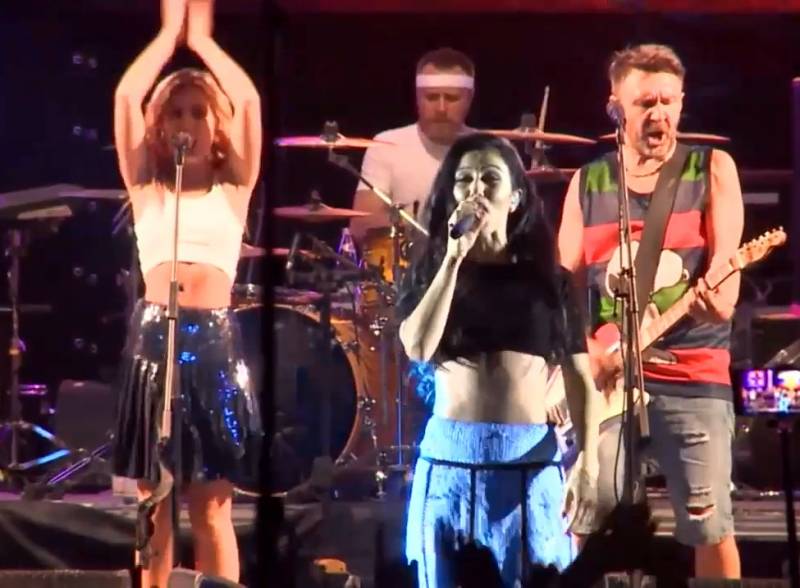 Cord Concert on the Abrau Embankment

But most importantly, Titov expels himself the sovereign centuries-old spirit of Abrau-Durso. Something majestic, living between the moss-covered rocky stairs and which has become rough from the winds and time of the brickwork. After the next visit of the capital's loud bohemian, representatives of the very political swamp or simply recognizable media parasites, whose profession they themselves cannot determine, everything eternal begins to be flooded with glamorous varnish of the little world. As if next to the rare Tula samovar and porcelain cups of the Imperial Factory, a shiny sparkling ... can of cola was set. 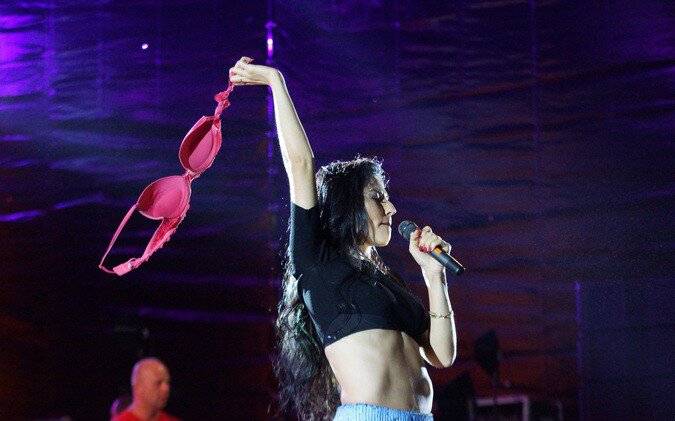 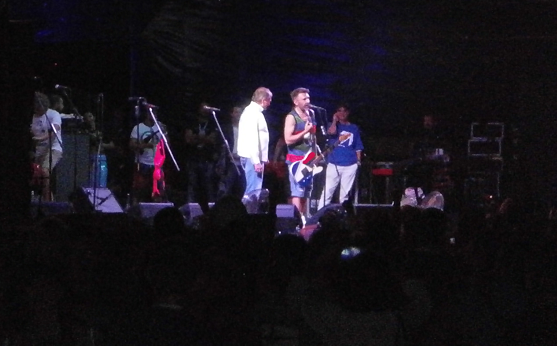 Titov (left, all in white) came out to pay his respects, Khakamada on the right in a blue stretched T-shirt

How long ago did the farce change ancient icons for condoms, jeans and other consumer goods? The edge is very thin. There is no bigotry in this. But when, after the dismal speeches of Khakamada, Sergey Shnurov appeared on the scene, and a specific recitative rushed over the smooth surface of the timeless millennial Abrau, the spirit of this place finally turned into a ghost. Then Boria Titov will come on the scene and, in an attempt to earn some cheap authority from a crowd motivated by a showy familiarity, will announce the new party image of Abrau. This image, carefully polished by bohemian, will be ready to make money on everything that it has not built or raised. And the majestic spirit will wander only in a ghost in the many-kilometer Abraus cellars, only occasionally appearing on the shore of the lake with gloomy winter days, when the tusk will subside like locusts in fear of the cold. 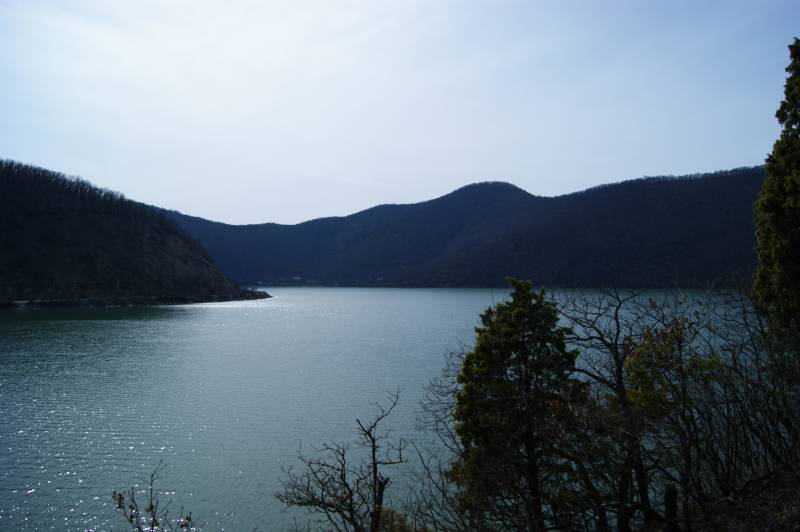 Ctrl Enter
Noticed oshЫbku Highlight text and press. Ctrl + Enter
We are
Reports from the militia of New Russia for 27-28 September 2014 of the yearResults of the week. "Well, do not change me because of every idiot!"
Military Reviewin Yandex News
Military Reviewin Google News
65 comments
Information
Dear reader, to leave comments on the publication, you must sign in.