Syrians have independently developed the defense of the tower T-72B

March 23 2018
24
The Syrian military independently refined the defense of the T-72B turret of the 1989 model of the year, covering the dangerous “splash” next to the gun barrel, reports Messenger of Mordovia. 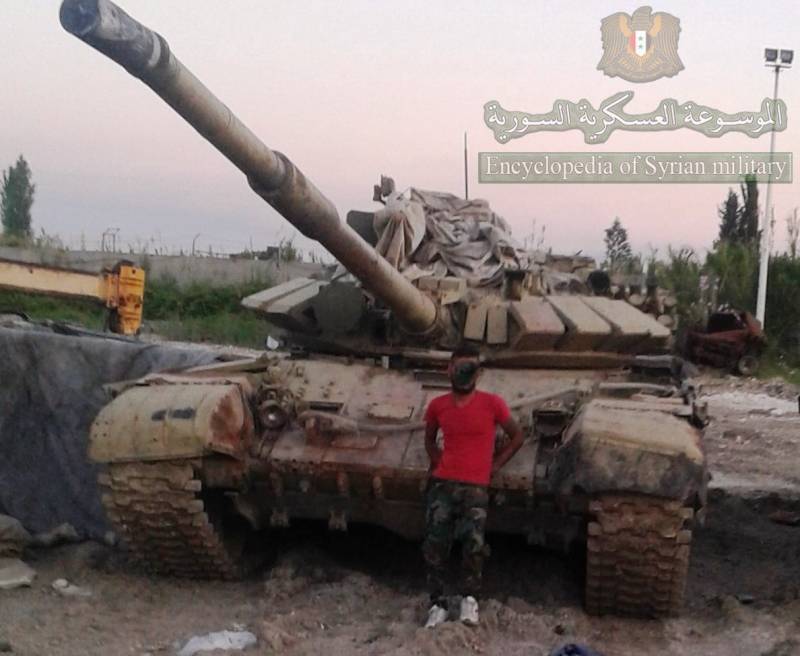 To the right of the gun there is an infrared illuminator, and on the left side this very “bald spot” is visible, not covered by dynamic protection.

“It is clear that if a powerful ATGM or a rocket-propelled grenade gets there, there can be serious consequences. They began to talk about this shortcoming, as early as the beginning of the 80s, when domestic armored vehicles began to take part in conflicts on the territory of the former USSR. But almost three decades have passed, and no one has deigned to eliminate this deficiency, ”writes publication author Lev Romanov.

Syrian tankers did not take risks even after receiving tank installed on the open armor section two “boxes” of the first-generation DZ “Contact”, thereby increasing the crew’s chances of survival.

“The question arises, why haven’t they done it in us yet, the same, in essence, a penny refinement”, which does not require either large forces or costs, the author concludes.

Ctrl Enter
Noticed oshЫbku Highlight text and press. Ctrl + Enter
We are
How long will the updated T-80BVM on European theaters last? Unanswered disadvantages and advantages of the English Channel XXI tankThe escalation path in the Novorossia theater is back in force. Memo to counter Ukrainian T-80BV
Military Reviewin Yandex News
Military Reviewin Google News
24 comments
Information
Dear reader, to leave comments on the publication, you must sign in.