March 22 2018
3
The logistics connection (MTO) of the Southern Military District (SKR), stationed in the Stavropol Territory, has received the upgraded MTO-UB-1 and UB-2 maintenance workshops, the district press service reports 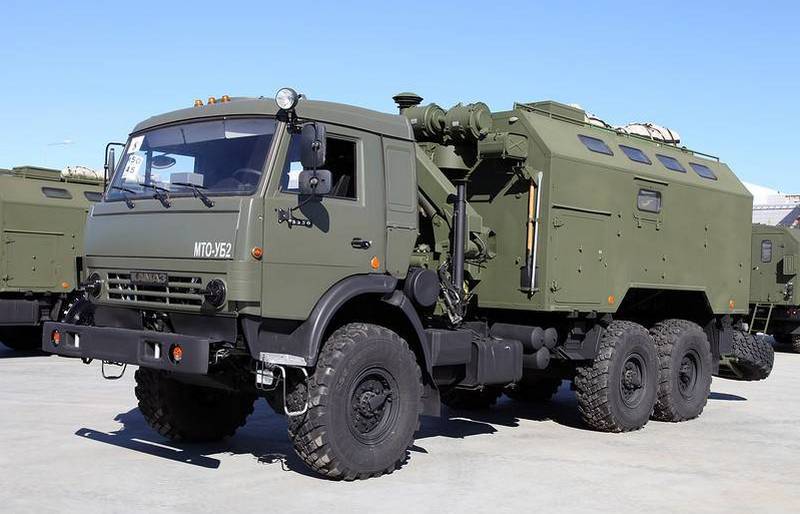 The modernized MTO machine is designed to assist crews and drivers in the maintenance and repair of weapons and military equipment in the field. One machine allows you to service all types tanks, infantry fighting vehicles, armored personnel carriers and wheeled vehicles, armed with motorized rifle formations of the RF Armed Forces
- said in a statement.

The press service noted that a feature of the new repair shops is the use of contactless means of detecting failures. When deploying UTO-2 MTO, military personnel, by connecting faulty machines to a computer, can not only determine the exact malfunction, but also visualize the repair process.

Workshops are mounted on a highly mobile base KAMAZ-5350.

Ctrl Enter
Noticed oshЫbku Highlight text and press. Ctrl + Enter
We are
MTO-UB-1 and UB-2 machines have arrived at the subdivisions of MTO ZVO
Military Reviewin Yandex News
Military Reviewin Google News
3 comments
Information
Dear reader, to leave comments on the publication, you must sign in.