In the DPR Kiev accused of preparing provocations against the republic

March 20 2018
6
The Armed Forces of Ukraine are planning to undermine their own ammunition depot on the territory of Donbass in order to accuse the armed forces of the DPR of organizing the attack. This was stated by the deputy commander of the operational command of the DPR, Eduard Basurin. 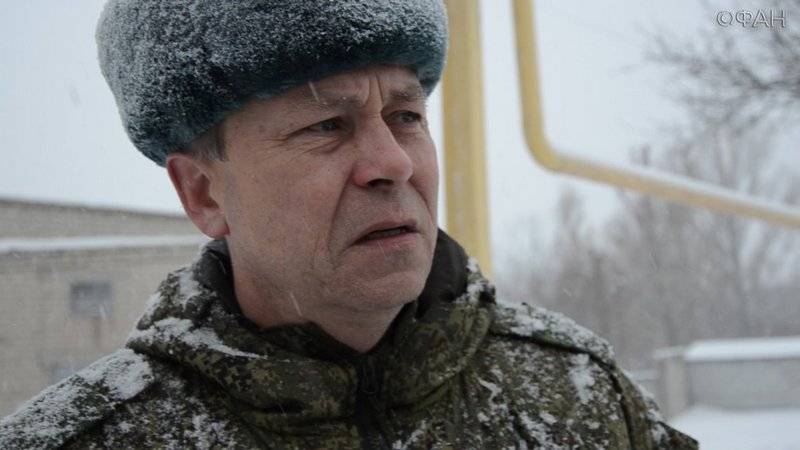 Our intelligence has fixed the preparation of the Armed Forces of Ukraine for the next provocation. So, at present, the commission is checking field artillery depots
- reported Basurin

In fact, Basurin said, the Ukrainian security forces are picking up a field artillery depot for provocation - they are going to destroy it "by the forces of the special operations of the Ukrainian Armed Forces for subsequent accusation of this sabotage and reconnaissance group from the Armed Forces of the DPR."

We do not exclude that in order to create false evidence of the involvement of our armed forces at the site of the explosion and fire, the remains of “saboteurs” will be found, among the people abducted by the militants of the Ukrainian Armed Forces earlier. We do not exclude that weapons decommissioned for a terrorist act will be sold to international terrorist organizations operating in the Middle East and Africa.
- announced Basurin.

Recall that in Ukraine over the past year there have been several emergency situations at the arsenals, in particular, in Balakliya and in Kalinovka. Recall that the fire in Kalinovka occurred at the end of September, 32 was destroyed thousands of tons of shells - more than three years of the war in the Donbass, reports "View"

Ctrl Enter
Noticed oshЫbku Highlight text and press. Ctrl + Enter
We are
Reports from the militia of New Russia for 27-28 September 2014 of the year
Military Reviewin Yandex News
Military Reviewin Google News
6 comments
Information
Dear reader, to leave comments on the publication, you must sign in.