March 20 2018
33
In the party "Left" of the German parliament commented on the statement of the Ambassador of Ukraine in Berlin. Recall that the Ukrainian minister turned to the citizens of Germany with the threat of the following: if German citizens visit the Crimea "without permission from Kiev", in the future Kiev may refuse to issue a Ukrainian visa to them.


Andreas Maurer, a deputy to one of the regional parliaments of the Federal Republic of Germany, who in recent years has already visited the Crimea about 8, said that the Ukrainian ambassador Andrei Melnik is interfering in German affairs. 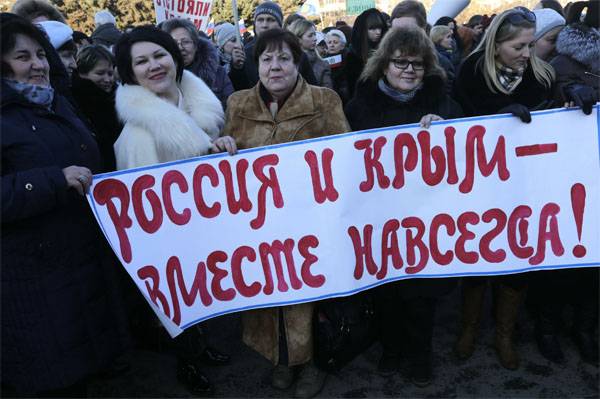 According to Andreas Maurer, Melnik, by his statement, simply means for Kiev a vigorous activity in the diplomatic mission.

Maurer:
I want to upset the ambassador of Ukraine: the new delegation will visit the Crimea in April. It will include members of the Bundestag, the land and regional parliaments. And I myself, together with my family, are going to spend my summer vacation in the Crimea.