March 20 2018
58
The website of the Ministry of Transport has information that the launch of traffic through the Kerch Strait will take place in two stages.

In connection with the plans of the builders of the Crimean Bridge to put the road part of the Crimean Bridge into operation with significant advance, in May 2018 of the year, the Ministry of Transport of the Russian Federation is considering a phased scheme of organizing movement on the new highway through the Kerch Strait
- said the agency. 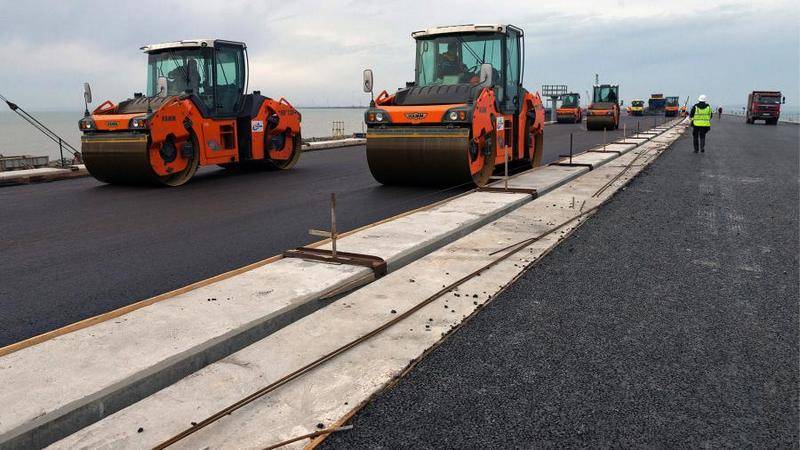 Already in May, the passage will be opened for cars and passenger buses. The opening of traffic for trucks is scheduled for the end of the year. It is noted that the freight and technological transport of the builders of the railway part will be able to move along the Crimean Bridge immediately after opening its road part.

It is planned that in May a pass-through passage will be provided on the forty-kilometer-long auto-approach from the Taman coast from the existing federal highway A-290 to the Crimean Bridge, without commissioning of road interchanges with the local road network. At the same time, on the Crimean side, an auto-approach will be ready from the Crimean bridge to the junction with the Taurida highway. Further traffic will go along two lanes of the existing Kerch-Simferopol road. By the end of 2018, two new Tavridi lanes to Simferopol should be ready, and auto-approaches to the Crimean bridge will be fully introduced, RIA reports News