Weekend reading. Well, for the election! ..

March 18 2018
173
In the “Favorite Weekend” rubric on election day we present material related to elections in Russia and other countries. 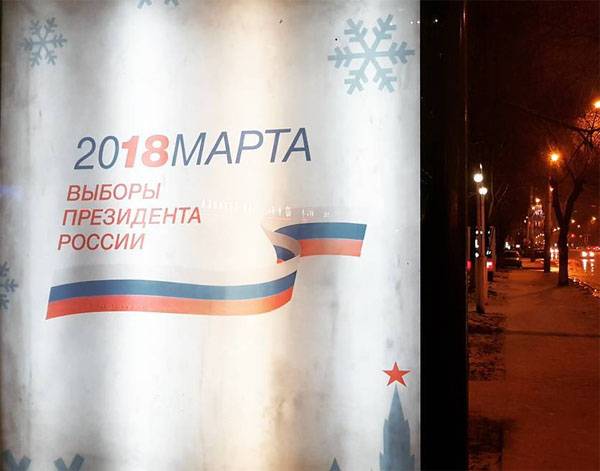 It will be a question of the systems of obligatory and non-obligatory participation in voting, as well as of so-called absenteeism - the evasion of some citizens from the “campaign” to the polling stations.

For a start - about the turnout in the presidential elections in Russia in different periods.

In the election of the President of the RSFSR in 1991, 76,6% of the population came to the polls. This record has not been broken so far.
In 1996, the first (and so far the only) elections were held in Russia, in which there were two rounds. Turnout then was 69,8% in the first round and 69,4% in the second.

Year 2000. Turnout continued to fall. 68,7% of voters came to vote in the presidential election.

In 2004, the trend continued. Turnout figures for the first time sank below 65%, making 64,38 percent of the number of Russians eligible to vote. It was an all-new anti-record history country.

In the elections, in the wake of which Dmitry Medvedev celebrated the victory (2008 year), the turnout increased with respect to the previous elections. It was then already about 69,81%.

And finally, in 2012, 65,34% of voters participated in the voting on candidates for the presidency of the Russian Federation.
The region that set an absolute turnout record, then became the Chechen Republic. The local election commission reported on 99,61% of the “attendance” of polling stations. The lowest turnout was shown by the Vladimir region - they gave a vote in the presidential elections then a little over 53% of voters.

Now a few words about the system of compulsory voting in the countries of the world. The idea is that in a number of states this principle is protected at the legislative level. It operates, for example, in Brazil, Cyprus, Luxembourg, Ecuador, North Korea, Liechtenstein, Peru, in some cantons of Switzerland, as well as in Australia and other states. So, in Peru, voting is mandatory for citizens between the ages of 18 and 70. For older people, this provision does not apply. In Brazil, where it is possible to vote from 16 years, mandatory participation in elections is provided, as in Peru, for citizens aged from 18 to 70 years. At the same time, there is an additional norm, which provides for a special category of people who can come to the polling stations at their discretion. We are talking about illiterate citizens.

Representatives of various sects differ in different countries of the world in a high percentage of absenteeism. Their “rule” states that political preferences (and therefore voting for certain candidates) can split the “spiritual brotherhood”. In other words, it is actually recognized that the existence of different political preferences among ordinary members of sects prevents them from being managed by those who are in the sects for the main thing.

It remains to recall that presidential elections are taking place in the Russian Federation today. The polling stations opened in 8: 00 and will complete their work in 20: 00 local time. Nothing prevents you from demonstrating your civic engagement and visiting your polling station.

Ctrl Enter
Noticed oshЫbku Highlight text and press. Ctrl + Enter
We are
First Round - Final Round: Why Marine Le Pen Will Not Win
Military Reviewin Yandex News
Military Reviewin Google News
173 comments
Information
Dear reader, to leave comments on the publication, you must sign in.