War of the special services: “coke” in exchange for “gerych” 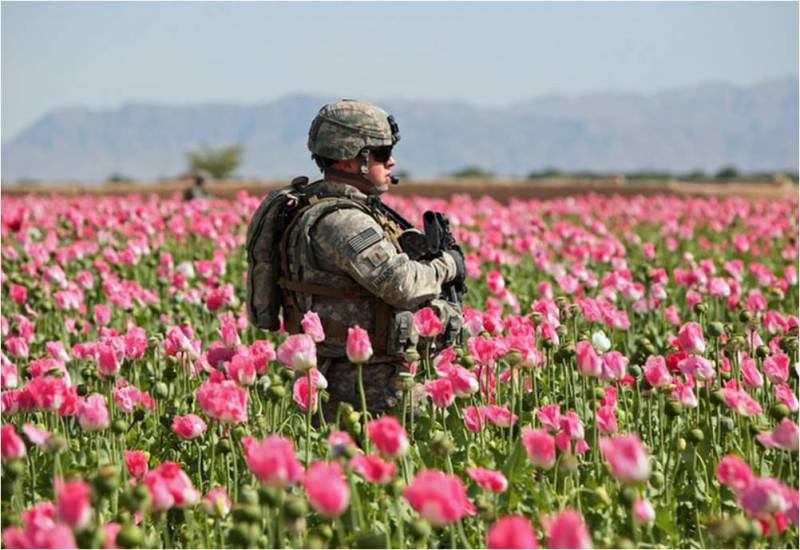 Again, an Englishwoman is not a childish shit. This time she does it not quietly, as usual she is used to, but with such a hysterical and heart-rending squeal that it is heard far beyond the ocean. Even the Minister of Defense fell into a banal tram rudeness. It seems to me, it is no accident. Somewhere in something, we firmly attacked the “island lady” on a scaly tail. Interested in such an unexpected breakdown into a corkscrew, I broke through all my insider information sources about this. And he learned an extremely curious thing. I did not voice it in plain text, but, having added all the puzzles I heard, I saw a different picture of the world. And the behavior of the Englishwoman who had suddenly lost the coast became quite explicable.

In fact, she shat us for centuries. If you list all the fingers are not enough. Only one turn of Churchill Hitler to the east is worth something. Furious, he really wanted to deal with the Englishwoman first. But Churchill framed us. We paid for this virtuoso trick with tens of millions of irretrievable losses. But China, according to historians, paid for theirs muck by hundreds of millions of compatriots when an Englishwoman dumped him with tons of opium.

"Chinese transit" from Afghanistan to Russia

So, the guys with cold brains and a warm heart hinted to me that in Afghanistan this island lady, remembering the old one, decided to turn over to China the operation “Chinese transit”. The action began with the introduction of British troops in Afghanistan. There were British units of the international military alliance in the south of the country, in Helmand. There, in the valley of the river of the same name, is the town of Sangin, widely known in local drug circles. This is the main distribution center of the entire South Afghan drug trafficking. It is here that the Mujahideen from the surrounding provinces bring the crop of potions to the huge annual opium fairs. It is from here across the Sanginskaya valley, along the notorious 661 highway, where English roadblocks to the withdrawal of troops stood every kilometer, hundreds of tons of high-quality opium still go north - to Central Asia, Russia and Europe.

According to the international alliance strategists, the British units were supposed to block this drug corridor, spray the drug trade into small flows, if possible, and drain the endless stream of opium to the north. The Russian special services were interested in this more than others, because the lion's share of Afghan drugs settled here, killing tens of thousands of young Russians every year, hooked on the Afghan needle.

In fact, after the arrival of the English in Sangin and Helmand everything turned out exactly the opposite. The flow of drugs to the north under the cover of the English crown has increased even severalfold - dozens of times. Tons of opium flowed freely from Afghanistan to Tajikistan, steadily increasing in price. In Tajikistan, local drug barons packed it up into smaller parties, and numerous drug couriers delivered them to Russia by a variety of routes. Here, Tadjik drugs were bought in bulk by Gypsy drug dealers, who are perfectly geared towards the terrain. In the Gypsy settlements or in the settled camps that anchored in almost any region of Central and Southern Russia, it was possible to buy Afghan heroin at any time, day or night.

As a result, the well-being of Romale grew right before our eyes, and on the outskirts of Russian cities, young drug addicts appeared. The situation was aggravated by the fact that in many Russian provinces (and in large cities too) corrupt police, with the help of local Roma and drug dealers, started to protect this criminal business from profit. This drug union for the population had at times disastrous consequences. A classic example of the horror that bears the white death and its distributors, was a small provincial Torzhok. Here, the joint efforts of the Afghan mojaheds, Tajik couriers, local Gypsies and corrupt militiamen knocked out the entire young population of the town. The cemetery of young drug addicts in the town, numbering thousands of people on the 50 force, reached almost ten thousand.

A little better was the situation in many other Russian cities, mastered by representatives of the collective drug international. As a result, during the time of undivided English rule over the Afghan opium plantations in Helmand, drugs became a real national disaster for Russia. It was some kind of endless drug apocalypse.

Without the right to morality

It became clear that this wall did not break through. Moreover, it was a conscious policy, verified and tested for centuries. “Let the Huns and the Bolsheviks kill each other,” said Churchill, learning that Germany had attacked the Soviet Union. “Let wild Afghans persecute wild Russians” - obviously, the British curators and trustees of the Afghan drug traffic were guided by this motto.

And then the Russian secret services entered the business. It was made a difficult volitional decision to respond to the expansion of white death with white powder. If you do not understand humanly, we will act against you by your own methods. You kill our young - we will deal with yours. And streams of cocaine flowed from Latin America to good old England. Diplomatic mail was a very convenient transit channel. And among the local teenagers, the English “Gypsy” (island Gypsies), Albanians and Pakistanis who have millions of diasporas on the island sprayed drugs.

This out of the ordinary decision may seem blasphemous only at first glance. First, the iron rule “an eye for an eye, a tooth for a tooth” is the cornerstone of all the intelligence services of the world. If you cannot (or cannot) take revenge, the rival knights of the cloak and dagger will wipe their feet about you, stained with your own blood. Or they will flood you with tons of opium - like the Britons of the Chinese in their time: “Die to your health, we'll give you a lift.” Secondly. Modern intelligence is cynical. The formula "cold head - hot heart - clean hands" has not worked for a long time. Hands can be in blood or cocaine, the heart should be made of titanium or steel, and the head should be a computer in order to sort through all possible options for influencing the enemy. Including those that are beyond good and evil. The slogan of the Russian foreign intelligence service "Without the right to glory for the glory of the Power" can be interpreted differently: "Without the right to morality to save the country." And Russian “Uncle Backenbards” in this sense is no better and no worse than their transatlantic “sworn friends” and “bosom enemies”.

After several years of uninterrupted "Chinese transit" from Sangin to Russia on the shores of Albion, the exciting nostrils of cocaine began to smoke suddenly. The British felt wrong. They realized that somewhere in the open spaces of the Universe, the second Sangin (cocaine-only) had earned, and already for their soul. Now the drugs threatened to become a national disaster for themselves. On the "blessed island" they swept up like half-hearted lapwings, all in a row - "high foreheads" from Secret Service, "white collars" from the Foreign Office, uncles from "Backenbards" from Scotland Yard, "green scruffs" from the Ministry of Defense. All of them suddenly found out that not only the “Englishwoman” can shit. Shit can and in their garden. They began to torment vague doubts. And since “coke” was obviously of Latin origin, specialists from the Secret service “woke up” and stepped up all the “sleeping” agents in all power structures of South America, recalling that overseas pounds of sterling must still be worked out.

Their feverish efforts were crowned with success. Having received an invigorating kick, the Argentine "sleeping" worked on the conscience. After a series of “controlled special operations”, they brought the same British bloodhounds to the local Russian embassy. The Britons attacked the trail of the Russian “Chinese transit”. And raised the howl to heaven. All the other events - poisoning of the “retired goat drummer” Skrypal, then the friend and associate of Berezovsky Glushkov, the threats of the British Prime Minister and the consciousness flow of the Minister of Defense - strictly fit into the concept of “let's not forget - not forgive” - we will avenge the sanctions. Nothing new. “Englishwoman”, having received a powerful invigorating cocaine slap, which shook her entire body, shits again. And since it pierced through and thorough, from the powdered nose to the rectum, it does it with tripled strength.