March 14 2018
5
The US Department of Defense announced it has signed a contract with Airbus Helicopters Inc. for the purchase of additional multi-purpose UH-35A Lakota UH-72A helicopters for the Ground Forces (SV) XNUMX, reports TSAMTO. 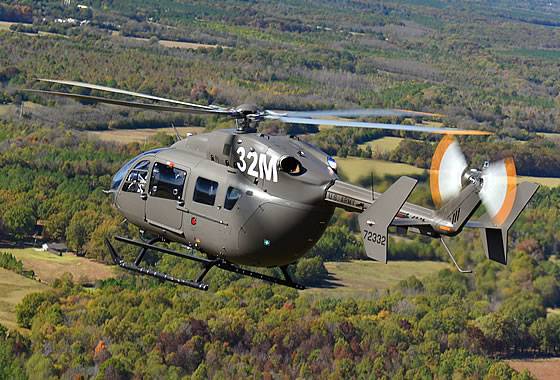 It is reported that "17 UH-72A will be delivered for use as part of the Initial Entry Rotary Wing helicopter crews at Fort Rucker (Alabama) and 18 units to support the functions of an intermediary and observer in combat training centers NE USA.

The initial supply contract for up to 2015 of the year 345 UH-72A helicopters was signed in 2006. The new helicopters are designed to replace the outdated OH-58 and UH-60.

During the operation of "Lakota" has established itself as a reliable platform. The crash of a helicopter in December 2010 was the only loss in the UH-72A track record, although the investigation excluded a mechanical failure from the possible causes of the accident.

Ctrl Enter
Noticed oshЫbku Highlight text and press. Ctrl + Enter
We are
The 20 rating of the largest arms deals, decisions on which were made in 2012
Military Reviewin Yandex News
Military Reviewin Google News
5 comments
Information
Dear reader, to leave comments on the publication, you must sign in.