March 13 2018
35
United Shipbuilding Corporation (USC) expects that the contract for the modernization of the aircraft carrying cruiser Admiral Kuznetsov will be signed no later than April 2018, reports Interfax-AVN. 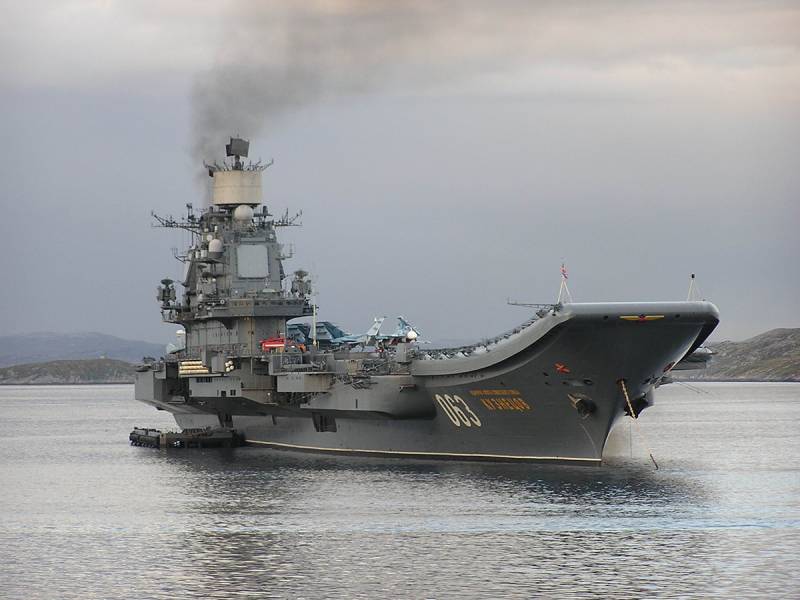 We expect that the contract will be signed no later than April of this year. Wait for the signing and reveal some parameters
USC head Alexei Rakhmanov told reporters.

Earlier it was reported that the cruiser, in anticipation of upgrading, is located at the 35 ship repair yard, a branch of the Zvezdochka Ship Repair Center (included in USC). To date, the Ministry of Defense has drawn up a “roadmap” of the proposed work, which is expected to go on for two to two and a half years. The actual amount of work will be updated after the amount allocated for repair becomes known.

In early December last year, the commander of the North fleet Nikolay Evmenov reported that the “Admiral Kuznetsov” was sent to undergo repairs.

He has already been put in for repair, now preparatory measures are taking place, he is at the ship repair enterprise,
said the commander.