India: Why do we need F-35 if for it we have neither ammunition nor tankers? ..

March 12 2018
91
The Indian press is actively discussing US statements on the advancement of F-35B carrier-based fighters for the Indian Navy. Previously, an indirect interest in considering cooperation with the United States on the acquisition of F-35B in exchange for the creation of production facilities for assembling F-16 in India was discussed in New Delhi.


Today in one of the largest Indian prints The Hindustan Times An article was published by Abhijit Ayer-Mitra, a leading researcher at the Conflict Studies Institute, and Angad Singh, deputy director of the Indian project Adhir. The article with a fair amount of skepticism tells about whether India needs fifth-generation American deck fighters. The authors of the material point out that it is not enough just to buy several F-35B from the USA - you will have to additionally build the entire infrastructure of the Navy for the operation of these particular combat vehicles. 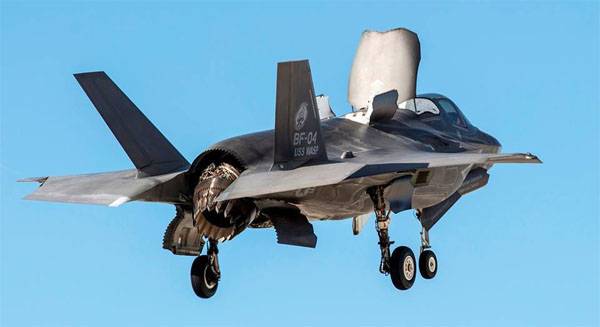 As an example, the situation with the iPhone X, which can be bought, but given the fact that he can not provide the user, for example, access to social networks and various other Internet services, is given.

From the material of Indian experts:
When buying an F-35, we will not be able to provide even their elementary refueling in the air, since, due to technical features, our air tankers will not be able to interact with these American planes. F-35 also will not be able to provide ground services through existing data channels. Moreover, we will have to change the recognition system "friend-foe", like all radio communication equipment. It is logical that almost none of the weapons that are in service with the Indian Armed Forces are compatible with the F-35 functionality. And this means that we will have to spend huge amounts of additional funds on ammunition, which will further complicate our already complicated logistics.

The authors of the article also state that when you buy F-35, India definitely will not receive any technologies under the contract.

From the material:
Despite the fact that this is an ideal air assassin, India cannot control it on its own, including even such utilitarian issues as updating the database of the combat monitoring and control system. We will have to send important data that US intelligence will be happy to analyze.

Further, the authors again return to the analogy with the "iPhone":
Imagine that you need an iPhone X, Macbook or iPad, but in our case we will have to negotiate with the manufacturer to add Samsung Galaxy screen, Nokia elements to it, and also configure it to work with Windows and Android. And what guarantees for such a “miracle technique” will the manufacturer ultimately give?

The submission says that it is not necessary to speculate about buying the same F-35 from the United States against the background of the fact that many of the control parameters of the Air Force and Navy borrowed from Russia. It is noted that the United States themselves will not go for such a deal, as they are confident that Russia will be able to “hack” systems that can tell a lot about the technologies used to create F-35.

From the material:
In general, the F-35 is a brilliant aircraft that will either destroy our budget or destroy our operational capabilities that have been created for decades with very high political costs. Therefore, any talk about its acquisition is deeply erroneous and incredibly dangerous.