March 13 2018
22
Details of the capture of a serviceman of the DPR Armed Forces by militants of special operations forces (SSO) of the Armed Forces of Ukraine, with the participation of local residents recruited by the Kiev special services, have become known. 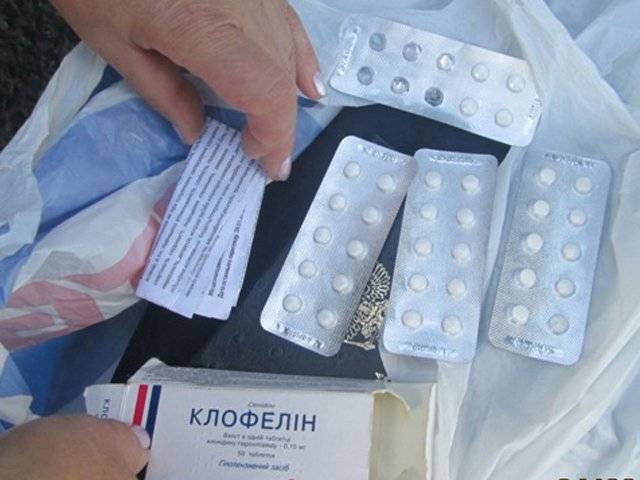 “The special operations forces of the special operations of the Ukrainian Armed Forces, with the participation of the recruited residents, carried out an action, which resulted in the capture of one of the military personnel of the Armed Forces of the DPR, Soloid Igor Viktorovich. To abduct a soldier by the forces of the DRG, a female agent was used, as well as psychotropic substances, ”said the deputy commander of the operational command of the DPR, Eduard Basurin.

He clarified that after the interrogation, the soldier was handed over to propagandists from the 72-center of information and psychological operations of the Supreme Court of Ukraine. The captured soldier is used to spread misinformation and false accusations against the armed forces of the DPR and the leadership of the Republic.

Earlier, the Ukrainian media voiced a version of what happened from the headquarters of the ATO, according to which Igor Soloid, armed with an AK-74 assault rifle, was trying to get to the Kiev junta controlled by the “observation posts of the Ukrainian Armed Forces”. Leading, at the same time "not aimed shelling of Ukrainian positions."

After which he was captured by militants of a separate mechanized brigade of the Armed Forces of Ukraine.

The frank absurdity of such a version of the Ukrainian propagandists does not seem to bother. They have already filmed and promulgated videos in which the hostage tells (apparently under pressure) that he volunteered for the DPR Armed Forces because “there is no work”. A command of the army of the People's Republics allegedly officers of the Armed Forces. In general, the prisoner was forced to voice the usual set of Ukrainian fakes.

Recall that in March 2 on the southern sector of the front captured by the APU was a soldier of the Republic of Eugene Toropkin. He was killed by Ukrainian security forces, and before his death he was subjected to cruel torture, after which his disfigured remains were handed over to representatives of the DPR, apparently with the aim of intimidation.

In light of this, Soloid can hardly be condemned for cowardice - few, like Eugene Toropkin, may prefer the martyr's death to “collaboration” with the punitive.

There is no doubt that Igor Soloid, an ordinary rank and file fighter who does not have access to secret information, was also kidnapped for the purpose of using him in a psychological operation. Noteworthy was the use of Ukrainian intelligence in this operation, "klofelinschitsy". This “woman with reduced social responsibility” invited Soloid to her home, she was surrounded by “switching off” medication. After that, the DPR soldier in an unconscious state, the Ukrainian special forces, working in conjunction with a prostitute, were taken to the territory controlled by the Kiev formations.

Note that the SBU and GUR VSU has long been using women of easy virtue as its agents in the People's Republics. The basis for this intelligence network have become prostitutes, recruited as confidential employees Ukrainian police even before the war. A number of police chiefs, who chose the side of the Kiev junta, transferred their intelligence networks to the Bandera special services, and themselves took part in their "conversion" to the struggle against the People's Republics. One such “curator”, or “pimp in Ukrainian uniform” was detained in the 2015 year by counterintelligence of the LPR and confessed.
He said that he supervised the network of dens in Lugansk before the outbreak of armed conflict, and received from her not only valuable operational information, but also a considerable income. In a number of hangouts, there was a covert survey, which was used not only to recruit "clients", but also to extort money from them.

After the start of the war, this intelligence network was deployed to gather information among the militias, and if possible, to their recruitment.

The detainee testified that all the prostitutes cooperating with the Ukrainian intelligence are local residents working on a nondisclosure subscription. As soon as hostilities subsided, the secret services of Ukraine actively gathered dispersed priestesses of love, using also contacts of local pimps. They are forced to return to the “business”, including through the use of blackmail, threatening the “sale” of compromising material.

Before the beginning of espionage work, prostitutes undergo special instruction. Not all girls are approved for work, but only those who are able to obtain interesting information.

With their future victims, the "priestesses of love" are introduced, first of all, at the points where the militia come to eat - in cafes, barbeque and canteens of the city.

Then, practicing the information received, the Ministry of State Security of the LPR identified and neutralized several dozen people involved in espionage activities; important information was also transmitted to colleagues from the DPR. Who also made a number of detentions. But the complete eradication of the intelligence networks of Bandera’s special services was, of course, out of the question.

Vigorously Spy "with low social responsibility" are used to implement special programs SBU "You are waiting at home." Recall that this program is aimed at recruiting military personnel and law enforcement officers LDNR, involves their recruitment in order to espionage, terrorism and / or participate in propaganda activities of the Kiev junta.
The most important recruitment tool is the use of kinship. Fighters of the militia are identified, whose immediate relatives are on the territory controlled by the Ukrainian formations, and they are being blackmailed, threatening to kill their relatives.

Identification of servicemen from relatives on the “Ukrainian” side is one of the priorities that the curators of the SBU and GUR set for their walking agents.

I must say that these agents pose to the Ukrainian special services of great value, and, as a rule, try to take care not to substitute. More surprising is the current one. история with Igor Soloid: the espionage career of his girlfriend who had lured him in any case is now complete. In addition, the incident will undoubtedly cause an increased interest of the DPR MGB to the “colleagues” of the provocateurs, which is likely to lead to new arrests of Bandera accomplices.

At the same time, the propaganda effect of the capture and abduction of the Soloid is not too high. Such a “wasteful” attitude of the Security Service of Ukraine to valuable personnel may be due to the fact that Kiev urgently needs to create a propaganda background for large-scale provocations of a political or military nature at any cost.

Ctrl Enter
Noticed oshЫbku Highlight text and press. Ctrl + Enter
We are
Special Operations Forces: Anytime, Anywhere! Part of 1Situational analysis of the death of the MH17 flight (Malaysian Boeing 777), made on the basis of engineering analysis from 15.08.2014
Military Reviewin Yandex News
Military Reviewin Google News
22 comments
Information
Dear reader, to leave comments on the publication, you must sign in.