March 12 2018
21
Saudi Arabia has signed with the UK an intergovernmental agreement on the acquisition of another 48 multi-role fighter Eurofighter Typhoon produced by BAE Systems in addition to the 72 already received, reports bmpd. 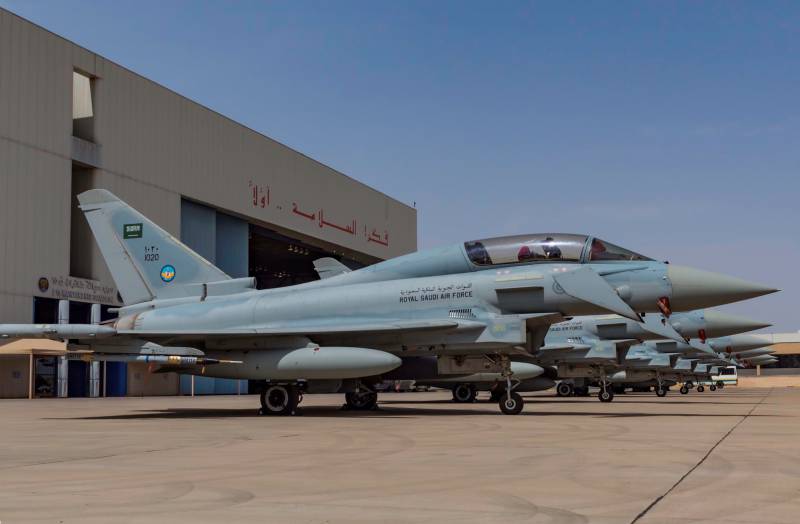 This document is not a contract, however, it indicates that a specific contract will be drawn up in the near future. Negotiations on commercial terms continue.

Previously, the Saudis purchased the Eurofighter Typhoon 72 fighter from the British production line of BAE Systems Corp. The total amount of the contract was about 10 billion pounds (the cost of the aircraft themselves - 4,43 billion pounds sterling, the rest - weapons, equipment, training of pilots, etc.).

According to the original draft contract, “48 aircraft (from 72's) were to be assembled in Saudi Arabia by the Alsalam Aircraft Company (a joint venture of Boeing Corporation, Saudi Arabian Airways and the Saudi state-owned Saudi Advanced Industries Company) for the planned construction for this plant in Taif. " However, the kingdom "did not draw" such an ambitious project.

In the Saudi Air Force, the received Eurofighter Typhoon fighters are part of three squadrons (3, 10 and 80) at Taif airbase.