The troops are testing the navigation system for the superhigh landing 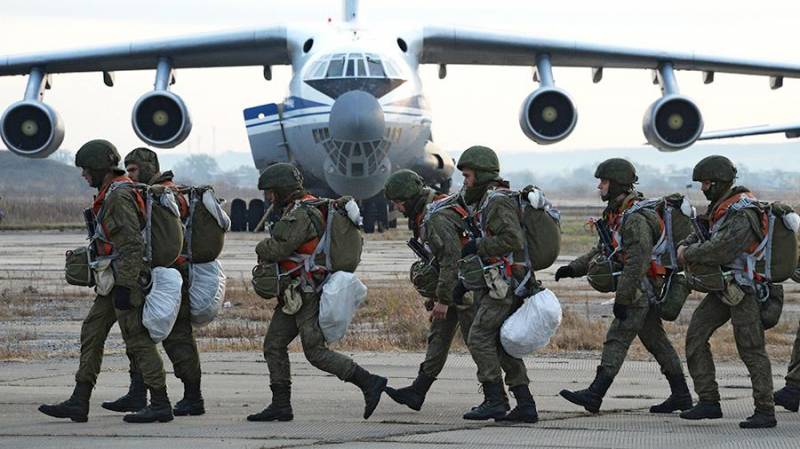 As told to the newspaper in the military department, the navigation and command complex is intended for special forces and intelligence officers. It is designed "to coordinate the actions of reconnaissance and sabotage units when performing superhigh jumps and provides highly accurate landing of fighters." The complex uses both satellite and inertial (independent of external radio signals) navigation system, which makes it invulnerable to EW facilities.

“In the case of superhigh jumps, the fighters leave the carrier at 10-11 km altitude, open parachutes and plan to the intended landing site. Navigators control the altitude, speed, weather conditions in the drop zone. They allow paratroopers to track their location, suggest which maneuvers to perform. The fighters see where their comrades are, and the commander can control the actions of all subordinates and, if necessary, control their flight, ”the material says.

It is reported that the system consists of 3-x basic elements. On the chest of a fighter over the body armor is mounted the control unit (cm 15x15). It processes all flight information and issues instructions. At the level of the abdomen (on a special bracket) is a tablet, the screen of which displays navigation data, a map of the area and electronic prompts. Push-button control allows you to work with the tablet in gloves. In case of failure of the electronics on another bracket mounted compass.

In memory of the computer, you can enter one main touchdown point and two spare.

Due to the nature of modern conflicts, parachutes are rarely used to deliver special forces to the area of ​​operation. But if the enemy has a developed air defense system, then the parachute assault is the only way to secretly and without loss get into its rear. The carrier aircraft can land a detachment without entering the zone of action of enemy air defense weapons,
told the publication of the current special forces officer.

According to him, “the problem is that sabotage and reconnaissance groups are usually thrown at night or in bad weather, when it’s easy to“ get lost in the sky ”and land the wrong way.”

If reconnaissance fighters are scattered over a large area, they will spend a lot of time searching for each other and will not be able to complete the combat mission in time. Reliable means of navigation and coordination significantly increase the chances of an operation’s success,
added interlocutor.