March 12 2018
14
According to the Center for reconciliation of the warring parties, an open confrontation between various militant groups began in Eastern Ghouta. This happened after a demanding of “Feylak Ar-Rahman” from “Dzhebkhat al-Nusra” * for further discussion of their withdrawal from the area. 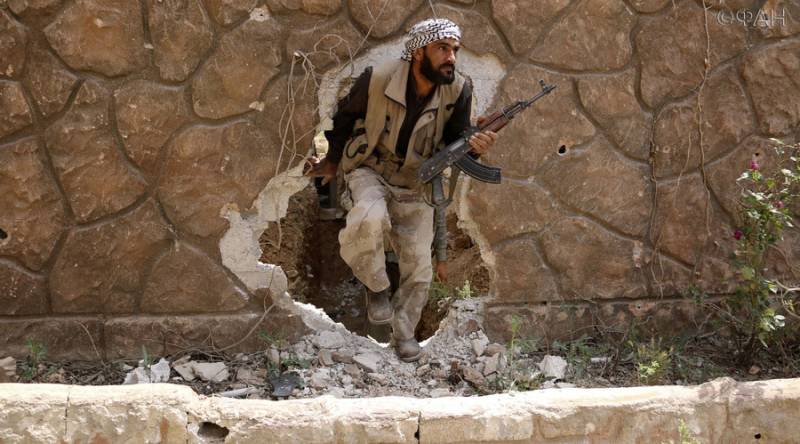 There are open battles between members of illegal armed groups on the streets, civilians are forced to seek shelter so as not to become casual victims of hostilities
- said the representative of the Center, Major-General Vladimir Zolotukhin.

On the eve of the negotiations, representatives of the Center with the leaders of the group "Feylak Ar-Rahman", at which the corresponding requirement was made.

Eastern Guta remains one of the last strongholds of terrorists in Syria, which is controlled by the groups of "Jaish al-Islam" *, "Ahrar al-Sham" *, "Dzhebhat al-Nusra" *

Ctrl Enter
Noticed oshЫbku Highlight text and press. Ctrl + Enter
We are
Fell death of the brave: the captain of the riot police remembered the debt to the last breath
Military Reviewin Yandex News
Military Reviewin Google News
14 comments
Information
Dear reader, to leave comments on the publication, you must sign in.