March 9 2018
26
The data of the SBU about the plans for a coup in Kiev are similar to the scenario of a cheap American militant, said the leader of the self-proclaimed DPR, Alexander Zakharchenko. 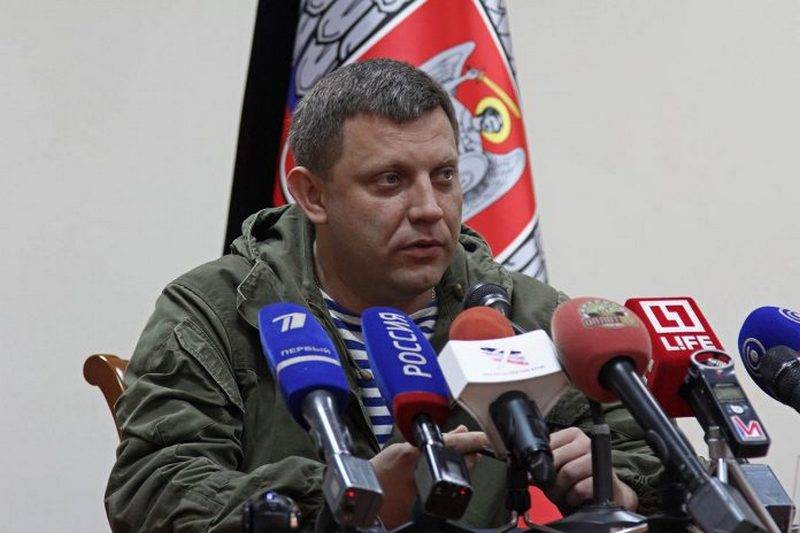 Earlier, the head of the SBU Vasily Gritsak accused the leaders of the DPR Zakharchenko and Alexander Timofeev of involvement in the preparation of terrorist acts in Kiev, along with the head of the Ukrainian Prisoner Liberation Center "Officer Corps" Vladimir Ruban.

I met with Vladimir Ruban only on the exchange of prisoners. For a long time. As for the coup scenario, which is presented by the Security Service of Ukraine, it is similar to the scenario of a cheap American action movie for third world countries.
- Said in a statement the head of the DPR, distributed on its official website.

Zakharchenko noted that if the statement of the Security Service of Ukraine is true and there are people on the territory of Ukraine who are ready to fight with the current government, this will cause him positive emotions.

If this is part of the truth, then I am glad that there are people in Ukraine who are ready to demolish this rotten, corrupt regime. As for our participation, I have repeatedly said that resistance groups from all over Ukraine are in touch with us. But these are groups that are fighting for the normal future of the people of Ukraine with Bandera. And these groups continue to operate
- noted Zakharchenko, transfers RIA News