Alexander Matrosov. Part of 1. Gods are not overthrown from pedestals 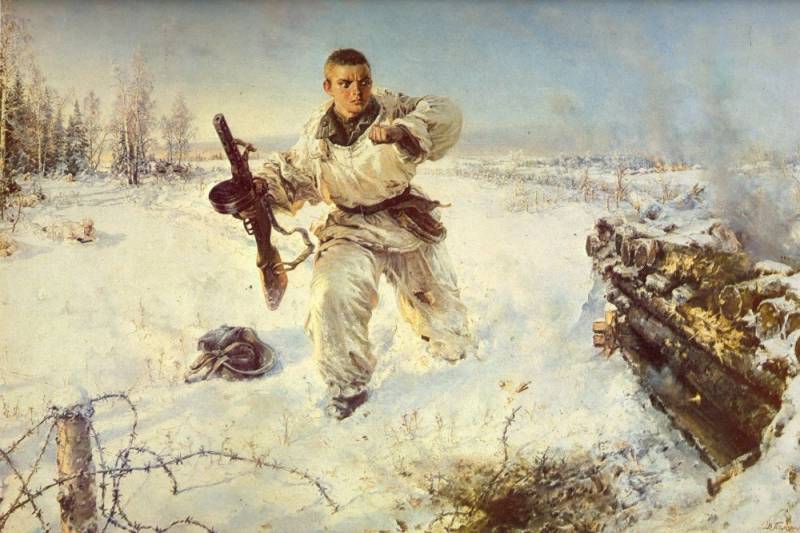 75 years from that day, as 19-year-old lad Alexander Matrosov took the fight from which he stepped into immortality, went quietly and unnoticed. The country today has more important tasks than remembering those who fought for it.

Especially, when the works of the “pravdorubs” practically did not leave us untainted and uncivilized heroes. Perhaps, only Kozhedub and Pokryshkin are still holding, but, I think, years through 10, at such a pace, and for them, something will be invented.

Meanwhile, the gods should not be overthrown. It was already in Russian stories. And it didn’t lead to anything good. Although it can be said here that when the “pagan” gods were overthrown and Christianity was planted, they gave another instead of one. When communists spread religion, they gave something instead. Its communist worldview, for example.

Although the heroes we got it in full. I will not enumerate the so-called “real” and “alternative” versions, they all come from one place: the pro-Western Yeltsin liberal swamp. Everything. To single.

Our communist past is not good. It is totalitarian and undemocratic. We must forget, dear, it is necessary.

Of course, no one will tear down monuments like in Ukraine. Probably not. Let's see how it goes on.

Previously, it is true due to the fact that many facts were distorted and repainted, faith was, let's say, not enough. No, they believed, of course, but petty anecdotes about Matrosov went. In assortment.

But time put everything in its place. And time, and people. And yet it turned out that the sailor was not a criminal. Well, not a criminal offense - leaving the prescribed place of residence after all, let's be fair. Including the age. "Onizhedetyam" more says goodbye.

By the way, in the Ufa children's (I emphasize) labor colony No. 2 under the NKVD of the USSR, where the Sailors arrived on April 21 of the year 1941, he was a man, anyway. Have worked. In March, 1942 was appointed assistant teacher and was elected chairman of the colony's central conflict commission. This speaks at least of respect from both the colonists and the educators.

And the call from Matrosov was all right. Did not run. On the contrary, I asked. And, despite the colony, he was admitted to the Komsomol. In the infantry school. And already in parts appointed gruppomstrom and platoon agitator.

They believed, obviously. We saw that a man Sasha Matrosov.

His military fate was short, to the point of insanity. But here there are nuances. Let's go run together. 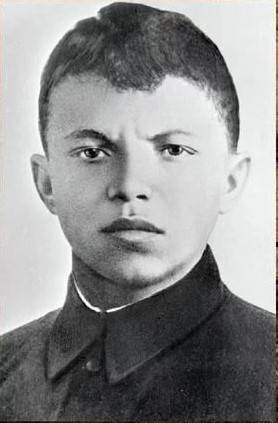 It is important. Not 41, not 42. German is not the same. Not coming blitzkrizhno. Defending. But in defense the German is strong, there is something, that is.

February 12 The sailors of the year 1943 arrives at the unit. The 2-th separate shooting battalion of the 91-th separate Siberian JV Stalin Volunteer Brigade.

15 February 1943 of the year The 91 I brigade advanced from the Zemtsy station in the direction of the town of Loknia.

Everything seems to be clear.

And here begins the most interesting. The battalion goes on the attack. Three bunker. Three machine guns. And this is not DP-27, not “Maxims”. Three MG-34 or 42 (horseradish radish is no sweeter). There were plenty of nicknames for the Rein Metal Works. And all unsympathetic. Who saw them at work (I saw, idle) - this is an impressive killing machine.

The command throws liquidators on the bunker. We look up - 1943 year. It means, not "at any cost", "having filled up with corpses", but so that it was really done.

Sharipov and Galimov cope with the task as "excellent."

Sharipov got close to “his” bunker from the rear, shot the calculation, captured the machine gun and opened fire on the Germans.

Galimov destroyed the calculation of the second bunker with an anti-tank gun. Then he also sat down in a bunker and began alone to repel the attacks of the Germans, who decided to repel the bunker back.

When we got to Galimov, more than three dozen Germans were pinned in front of his position.

Sharipov was awarded the medal "For Courage", Galimov - the Order of the Red Star.

What is it all about? It’s just that no beginners like Matrosov, who arrived as a replenishment, went to the bunkers. Shelled and experienced warriors. Death to the fascists in the flesh.

How did the Sailors find themselves in this company? Which is the third day on the front?

But I think so: they simply believed him. And the company commander was sure that the Sailors would not die like a hero, but complete the task.

But someone thought that a newcomer is a newcomer. That is why Ogurtsov went with Matrosov. But he was injured. And then the sailors acted independently.

In general, we will sort this fight a bit later. He is worth it.

The fact is that the Soviet man Alexander Matrosov on the second day of his participation in the war did what he did.

Yes, his more experienced comrades who survived did not become heroes. They just clearly accomplished the task.

Twelve years. Two days at war. Call to (no doubt that no one appointed Matrosov) crawling towards the “thirty-fourth”, spewing his thousand bullets per minute ... miss the grenades (two days!), Try to shoot the Germans from a machine gun ...

The Germans were experienced. But even the death of Alexander gave the comrades the necessary seconds to throw.

This is the highest reward, I think. For courage. You must agree, no one would reproach Matrosov, didn’t he then go to the bunker. Two days…

Here is a saint. Present.

No, these, the martyrs, of course, can also be honored and respected. Passion to endure is not easy either.

But in 19 years to meet MG-43 - here, forgive soul, it is more difficult. Yes, a cold basement with a firing squad is scary. But you can not change anything.

And in the field, with a lead wind to meet, - you can. To burrow into the snow, into the mud, into the ground. Squeeze into the most inconspicuous fold of the land, which must protect. Hear the nasty zvirkane bullets. Hearing this incomparable sound, as if from a tearing fabric, is the “machine-chever” line.

And continue to stubbornly crawl towards.

And we must learn to beat the hands of those who dare to think that we do not need such gods. What is their place in the backyard of history. It hurts to beat.

Ctrl Enter
Noticed oshЫbku Highlight text and press. Ctrl + Enter
We are
Reports from the militia of New Russia for 27-28 September 2014 of the yearResults of the week. "Well, do not change me because of every idiot!"
Military Reviewin Yandex News
Military Reviewin Google News
69 comments
Information
Dear reader, to leave comments on the publication, you must sign in.