Special forces of the Central Military District held in the Samara region an action "You, beloved ones"

March 8 2018
38
Special Forces soldiers of the Central Military District held in the base city of their formation in the Samara region an action “You, beloved ones”, dedicated to International Women's Day, was told to the Military Review by the district press service. 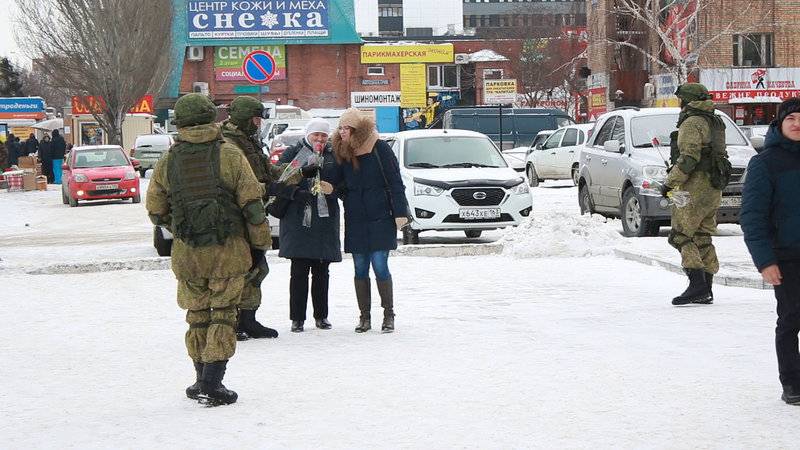 The action was held in crowded places, near shopping centers. The servicemen in the form of "polite people" and ceremonial clothes gave the fair sex decorated red roses, said words of gratitude and various wishes. The mood of the women was also raised by the military band of the brigade, which performed spring melodies. 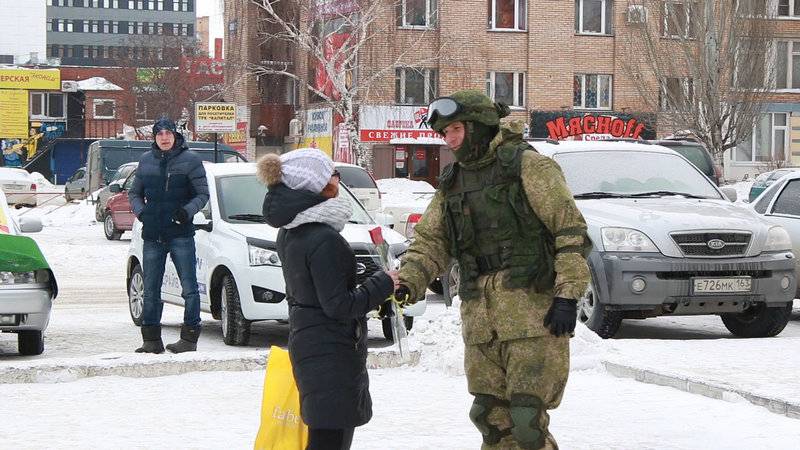 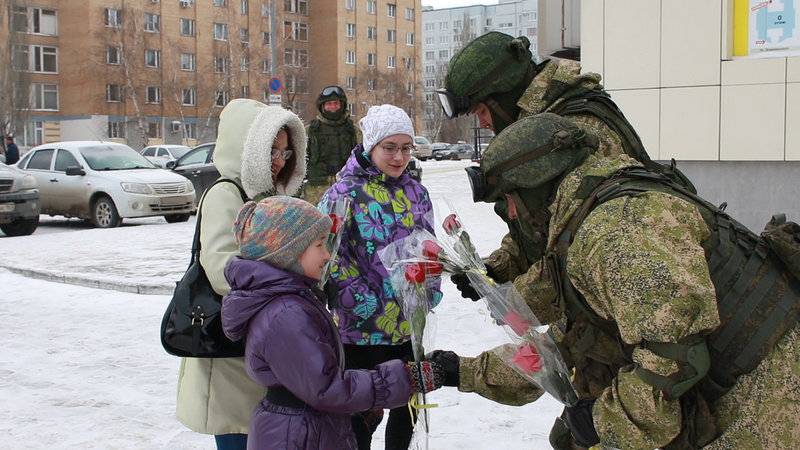 Ctrl Enter
Noticed oshЫbku Highlight text and press. Ctrl + Enter
We are
CEV peacekeepers in 2018 will take part in eight exercisesIn 2012, more than 80 tactical-special exercises of batteries were conducted in the missile forces and artillery of the Central Military District.
Military Reviewin Yandex News
Military Reviewin Google News
38 comments
Information
Dear reader, to leave comments on the publication, you must sign in.