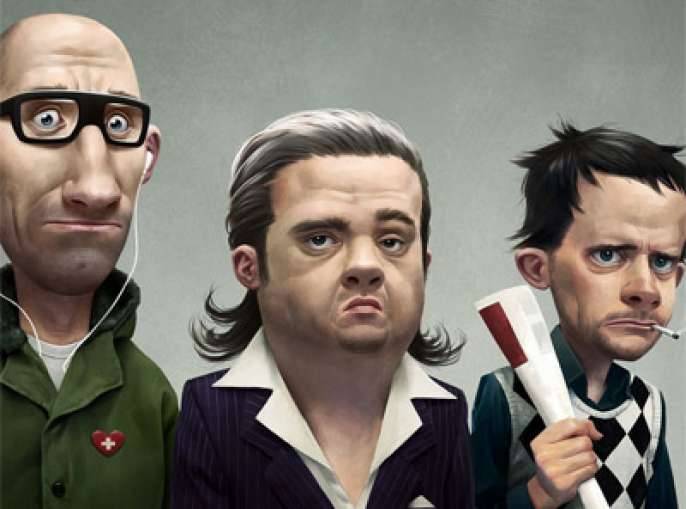 The reaction of the so-called “liberal” media, which are, in truth, the banal public relations officer of Washington, to the presentation by the President of the Russian Federation of the latest weapons systems, was depressingly predictable. Which, by the way, cannot but rejoice, since it indicates that they chew their bread and butter in vain and have long been in circulation as any effective organs of “partner” special propaganda.

After the initial confusion in the style of "The trouble came, from where they did not expect!", The panic working-up of the theme "Putin lied everything again!" Began.

The fact that it is precisely panic convinces the degree of primitivism and frank hack-work with which this commissioned press rushed to look for and find "irrefutable arguments" on this score.

GUGL search engine on this topic instantly turned into an almost complete list of publications, working on the "exposing the intrigues of the Kremlin." All the “royal army” was instantly reprinted by the same text, consisting practically of some empty phrases, such as “It can not be, because there can never be!” Performed by some previously unknown “experts”, for some reason from the field of cosmonautics .

I do not want to take a sin to the soul and to be accused of bias. Therefore, I will quote this “circular” that has spread throughout all the anti-Kremlin editions almost literally:

“Even their own scientists didn’t believe Putin’s boasting.
02.03.2018
Cruise missiles with nuclear power plants, which Russian President Vladimir Putin boasted of, cannot exist in nature. This was stated by the head of the Institute for Space Policy, Ivan Moiseev. 01.03.2018: "You can not put a nuclear engine on a cruise missile, and there are no such engines," said the scientist. According to Moiseyev, a similar engine exists in development, but it is cosmic. The scientist also added that no tests could be carried out in the 2017 year. "It is good if such installations are tested in 2027," he stressed. And the German expert in the field of rocket technology, Robert Schmucker, called Putin’s statement implausible. "I can not imagine that the Russians can create a small flying thermonuclear reactor," he said. According to the expert, in the near future Russia will not be able to develop a nuclear power cruise missile. ”
https://inosmi.ru/military/20180302/241612397.html

Tell me, have you seen in this “denial” of Putin at least one actual counterargument that you can touch, so to speak, with your hands? Exactly nothing but the completely infantile "I can not imagine!", There is obviously not.

As for the “authoritative expert” from the “institute of space policy”, which everyone refers to and who easily “brought to the clear water” of the President of Russia, I was not too lazy to ask “who is who?” And with some bewilderment, he discovered that this “institute” is a rather strange “group of comrades”, on whose website the most “fresh” cosmic news end in September last year, and the articles of the research staff available on the first “click” date back to 2013.

But not only that! As follows from the certificate published by Gazetoy.ru, the said head of the “Space Policy Institute” did not have the slightest touch on his work biography either for space or, especially, for matters of a purely military nature. Judge for yourself:

And such an inadvertent “eagle” is literally snapped up quoted by dozens of media with a strictly defined focus, as perhaps the key expert in the field of highly secret Russian military developments, which until recently was known only to a narrow circle of people with the most strict tolerances!

In general, can you imagine - to which cave level it is necessary to roll in order to use a similar sub-election “argument” not even for ordinary propaganda, but for “exposing” an official statement of the first person of the state? !! There is only one consolation in this case - it is precisely those who have not put Russia in a penny and are fed only by dousing it with mud.

With such a "quality" of these muds for the mental and moral health of the citizens of Russia can not be afraid. This “artel of useless labor” is absolutely safe for them. And maybe in something even useful. For nothing is as inspiring as the understanding of the complete stupidity of those who oppose you.

As for the attitude to Putin’s military presentation on the part of serious people in the West who are supposed to use the brain for its intended purpose, it is, like heaven, different from the earth about the nonsense that some home-grown “experts” have about it cosmic scale.

Here is how such a very serious ministry as the US Department of Defense responded to this Message:

“The Pentagon was upset by recent statements by Russian President Vladimir Putin about the development of new weapons systems. This was recognized on Wednesday by the Deputy Secretary of Defense for Political Affairs, John Rood, speaking at a hearing in the Committee on the Affairs of the Armed Forces of the House of Representatives of the US Congress.

Statements made by President Putin did not come as a surprise to us. Nevertheless, they upset us, even though we knew that Russia was developing its capabilities and followed this with alarm, ”he noted. “It is clear that all these developments were not carried out over the past few months or the last year,” Rud added. https://news.mail.ru/politics/32781605/?frommail=1

Do you think the US Department of Defense would seriously “grieve” and “follow with alarm” Russian military developments if it were a banal propaganda fake and election hoax by the Russian authorities? Moreover, the representative of the Pentagon fully acknowledged that everything Putin said is true when he said that in the United States "they knew that Russia was developing its capabilities."

They didn’t know about it, it seems, only in the notorious “institute of space policy”, and also in that assembly of media that are unevenly breathing towards Putin and Russia, which, with diligence beyond reason, began to grasp any, even the most trashy, opportunity to minimize the effect of Putin’s speech . Which sounded for them, like a bolt from the blue. And quite predictably they got into a puddle. Where are they, in fact, the place.

Ctrl Enter
Noticed oshЫbku Highlight text and press. Ctrl + Enter
We are
Situational analysis of the death of the MH17 flight (Malaysian Boeing 777), made on the basis of engineering analysis from 15.08.2014Results of the week. “In our cooperative, the board is always agreed”
Military Reviewin Yandex News
Military Reviewin Google News
233 comments
Information
Dear reader, to leave comments on the publication, you must sign in.