Stalin knew how to stop, but Putin does not know how: the opinion of the French political scientist

March 6 2018
298
As in Soviet times, Russia does not live by the constitution. Putin has concentrated power in his hands, the other candidates in the elections are “Potemkin’s”. None of them is allowed to cast a shadow on sunflower. As for foreign policy, Putin is not inclined to be cautious about it. Putin is not Stalin; he still knew how to stop, says political analyst Francoise Tom. 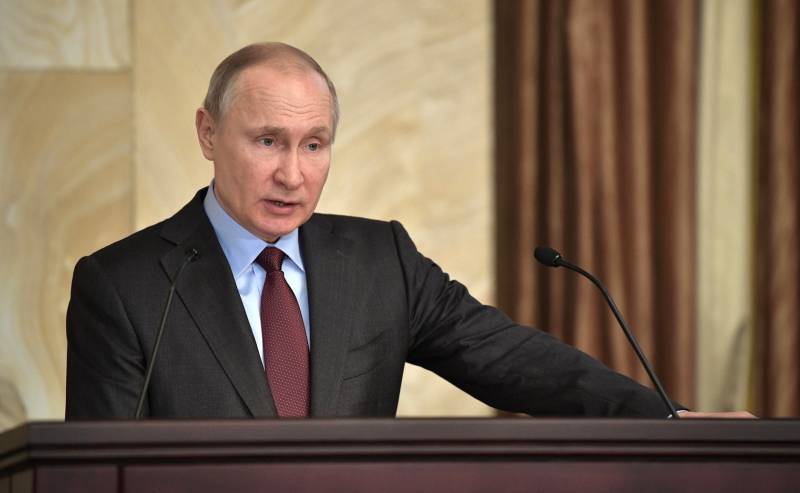 As in Soviet times, the real power in Russia is not in the hands of those institutions that are spelled out in the country's constitution, I'm sure Francoise Tom, a political scientist from France, is a teacher stories at the Sorbonne.

As the scientist noted in an interview with Diploweb, Putin’s power is primarily focused on Putin himself. In the Soviet Union, he led the Central Committee, and in present-day Russia, the Putin administration. In this case, the ruler of power is much more personalized compared to the era of the USSR. Even under Stalin, this was not. Francoise Tom quotes the site "InoTV":

“Even in the time of Joseph Stalin, some collegiality remained. Today it is not. "

What keeps such a system? The answer is clear to the scholar: the security forces receive subsidies from the budget, while those who disagree with are oppressed in Russia.

There are no ideologies in the country, and the role of the mouthpiece of propaganda has been entrusted to the church, says a French political analyst. The Russian people, according to Francoise Tom, allow the elites to rob themselves. In exchange, the masses admire the idea of ​​"the restoration of a great Russia."

The elites under Putin fill their pockets in Russia, and place the accumulated wealth abroad. They smooth the blame before the country with the support of the ROC and anti-Western projects. Confrontation with the West appears to be propaganda "as the meaning of the existence of Russian foreign policy."

As for the elections, in Russia they are only a means of controlling regional authorities. Governors here are judged by how much they can make the electorate “right” to vote.

The purpose of the elections is to demonstrate the “legitimacy” of the regime, for example, to foreigners. Candidates for participation are chosen by the presidential administration. The main task of the “candidates” is to ensure the shine of Putin: none of the alternative candidates can “cast a shadow on the real and only candidate - Vladimir Putin”. Francoise Tom calls these candidates "Potemkin."

In the final interview, the scientist repeats his thought: Soviet leaders constantly showed caution, and even Stalin knew where to stop. Putin behaves differently: in the opinion of a teacher at the Sorbonne, he always tries to get out of an uncomfortable situation through escalation. Russia's actions in Georgia in the 2008 year, the annexation of the Crimea, and the struggle in Syria are considered by the political scientist to be an “optical illusion”: after all, these achievements bring Russia only additional costs. Here is the evidence: Georgia continues to converge with the West, Ukraine is lost for Russia, and in Syria the Kremlin is trying to juggle, but all the balls can fall at the same time, because the allies have their own goals, sometimes contradicting each other.

What conclusion can be drawn from this interview? Unambiguous: Russia is a big Potemkin village. Putin’s “careless” opposition to the West is necessary for Putin to ensure the internal stability of the regime. The great-power and thesis about the greatness of Russia, a political scientist, apparently considers the myths of propaganda invented either in the Russian Orthodox Church or in the Kremlin. The “elites” in the French view seem to be ordinary robbers of the country who atone for sins in the same church, which has become a special propaganda department. Such is the picture of Russian life from a foreign political analyst.