March 5 2018
3
The meeting from the long voyage of the crew of the large landing ship Alexander Otrakovsky, which had been on a long voyage in the Mediterranean for six months, was held on Monday in Severomorsk, the press service of the North fleet. 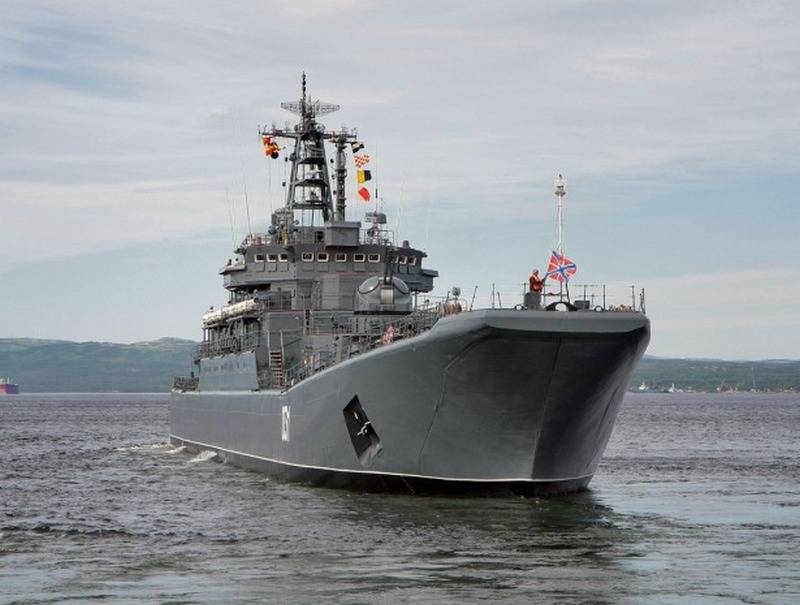 The ceremony was attended by fleet commander Admiral Nikolai Evmenov. He received the report of the captain of the ship 2-rank Rank Yevgeny Alekseev on the successful implementation of the tasks, congratulated the crew on their arrival.