The Pacific Fleet has an airfield on Matua

March 5 2018
67
The military airfield on the island of the Kurile Ridge of Matua, capable of receiving light military transport aircraft and helicopters, guards and serves the Pacific unit fleet, commander of the Pacific Fleet Admiral Sergey Avakyants said

At the moment, on the island of Matua there is a military airfield, which is capable of receiving light military transport planes and helicopters. For the functioning of the airfield, the corresponding infrastructure has been created, which is protected and maintained by the Pacific Fleet division. The staff is provided with all necessary
- Avakyants said in an interview with the newspaper of the Armed Forces of the Russian Federation "Red Star", published on the website of the publication on Monday. 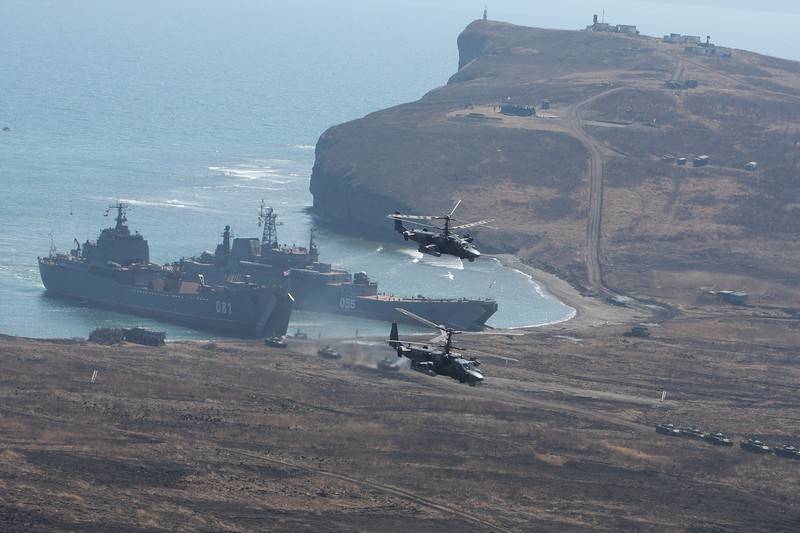 Matua Island is located in the middle part of the Kuril Ridge and is of strategic importance - it locks the entrance to the Sea of ​​Okhotsk. During World War II, a Japanese airfield was located on the island, whose runway was heated by water from hot springs, and a heavy artillery battery. The approach to the island is protected by a system of pillboxes and underground passages, built so soundly that fortifications are suitable for use even now.

At the Potsdam Conference 1945, US President Truman turned to Stalin with a request to provide Matua for the US Air Force base. He agreed on the condition that the Soviet Union would be able to build an airfield on one of the Aleutian Islands. The question was no longer raised.

After the decision was made to establish the base of the Pacific Fleet, Matua was thoroughly examined by expeditions of the Ministry of Defense and the Russian Geographical Society. An airfield was built, the first aircraft landed on it at the end of 2017.

In the autumn of 2016, it was officially announced that Russia had deployed the latest coastal missile systems, the Ball and Bastion, on the Kuril Islands. Combat duty with reinforced batteries is carried by the division of the Bastion complex on Iturup Island and the division of the Bal complex on Kunashir Island, the Pacific Fleet newspaper Fighting Watch reported.

On the islands of the Kuril ridge deployed machine-gun artillery division. In May 2017, the press service of the Eastern Military District reported that the division received new models of weapons and military equipment, including drones. It was reported that for the military in the Kuril Islands is the development of infrastructure.

Ctrl Enter
Noticed oshЫbku Highlight text and press. Ctrl + Enter
We are
A detachment of the ships of the Pacific Fleet went to MatuaThe second expedition to Matua will take place in the summer of 2017.
Military Reviewin Yandex News
Military Reviewin Google News
67 comments
Information
Dear reader, to leave comments on the publication, you must sign in.