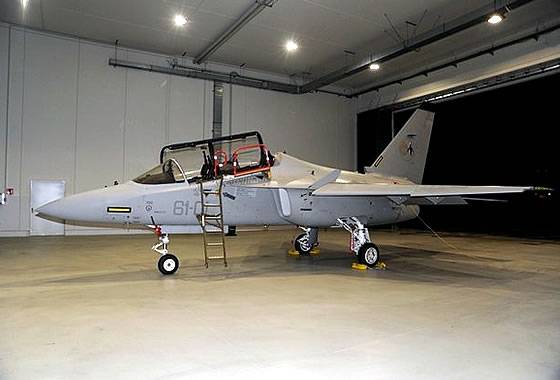 As stated in a press release from the Leonardo group, the plane’s acceptance ceremony was held at the Venegono plant (in northern Italy).

It is noted that "M-346 is one of the most advanced TCFs on the market and is intended for the initial and advanced training of pilots of 4 and 5 generation fighters, including the EF-2000, JAS-39 Gripen, Rafale, F-22 and F -35.

Its design provides for the presence of 9-ti suspension points, which allow to carry up to 3000 kg of external load, which makes it possible to use as a light strike aircraft.

The pilot can use the helmet-mounted information display system and target designation.

At present, the process of integrating the Rafael Reccelite reconnaissance container on board the aircraft continues.