March 1 2018
68
A group of US naval ships entered the Mediterranean. On the eve of the amphibious airborne group consisting of UDC (helicopter carrier) "Iwo Jima", the docking ship "New York", the landing ship "Oak Hill" and the supply vessel "Ulyam Maklin" passed the Strait of Gibraltar. This became known after the publication of relevant data by the international system for the identification of ships and warships AIS.


In total, more than 3 thousand marines are on board the US Navy ship group. According to recent reports, the ultimate goal of this ship group is the Persian Gulf area - the area of ​​responsibility of the American 5th fleet. 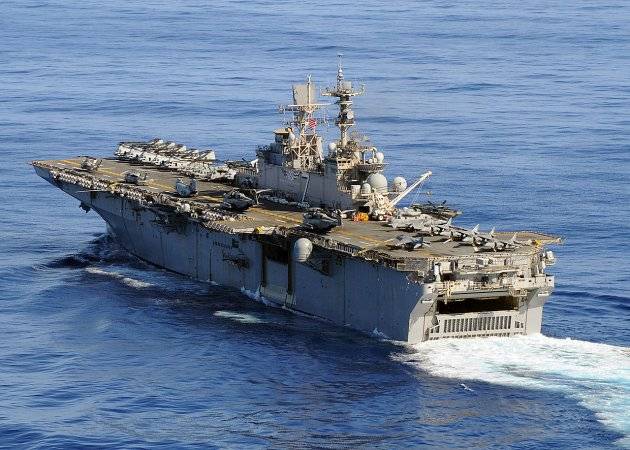 For reference: "Iwo Jima" - the flagship of the shock group. Its length is 257 m, width - 34 m. Range - 9,5 thousand nautical miles. On board are 30 helicopters and up to 8 attack aircraft vertical takeoff and landing.

The goals of the long-range cruise of the landing ships of the USA in the direction of the Persian Gulf are not reported.

Ctrl Enter
Noticed oshЫbku Highlight text and press. Ctrl + Enter
We are
Which helicopter carriers will receive the Russian fleet?Combat identification systems of coalition forces. Is the process going? (Part of 3)
Military Reviewin Yandex News
Military Reviewin Google News
68 comments
Information
Dear reader, to leave comments on the publication, you must sign in.