February 28 2018
32
In the Verkhovna Rada of Ukraine announced the introduction by the President of Petro Poroshenko of the bill on national security. We are talking about a project in which Poroshenko describes the "strategic steps", which, in his opinion, should lead to the entry of Ukraine into the North Atlantic military bloc. 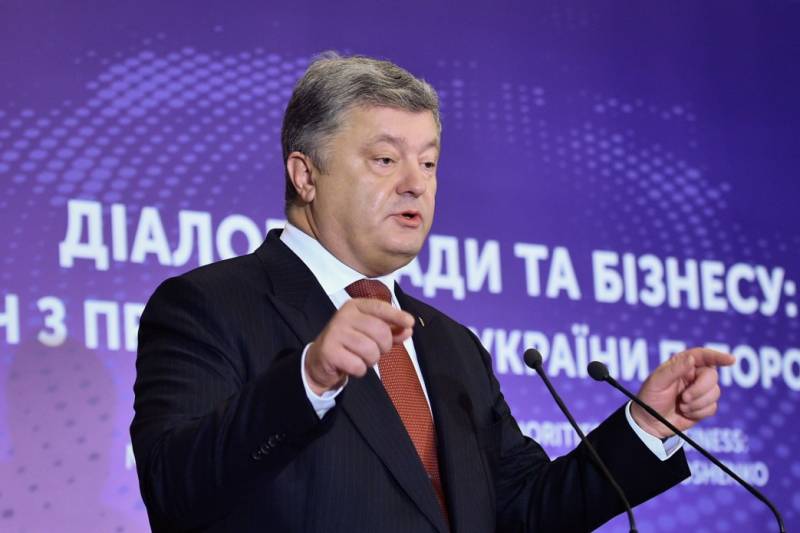 What specific “strategic steps” in the direction of NATO is being discussed, are not officially reported. At the same time, judgments about the “zrade” from Poroshenko have already appeared in Ukraine. The point is that Poroshenko is allegedly ready to sign an agreement on the continuation of the so-called Euro-Atlantic integration, abandoning claims to the Crimea. The reason for such statements by the Ukrainian experts was the NATO charter, which prescribes expansion at the expense of states that do not have territorial disputes and problems.

It should be recalled that earlier the head of the Hungarian Foreign Ministry, Peter Siyarto, said that Hungary would block any Ukrainian initiatives on European and Euro-Atlantic integration. The reason is the adoption by Kiev of the scandalous law “On Education”, which effectively prohibits education in schools in the languages ​​of national minorities.

Ctrl Enter
Noticed oshЫbku Highlight text and press. Ctrl + Enter
We are
Paruby: Disperse, otherwise I can not meet with the President of MaltaParubiy: “Russia can use Belarus for aggression against neighboring states”
Military Reviewin Yandex News
Military Reviewin Google News
32 comments
Information
Dear reader, to leave comments on the publication, you must sign in.