February 27 2018
25
Once again, the American strategic drone of the US Air Force RQ-4B Global Hawk made a long observation flight near the borders of the Russian Federation. The American UAV, being at an altitude of more than 15 thousand meters, carried out aerial reconnaissance off the coast of the Crimean peninsula and the Krasnodar Territory. 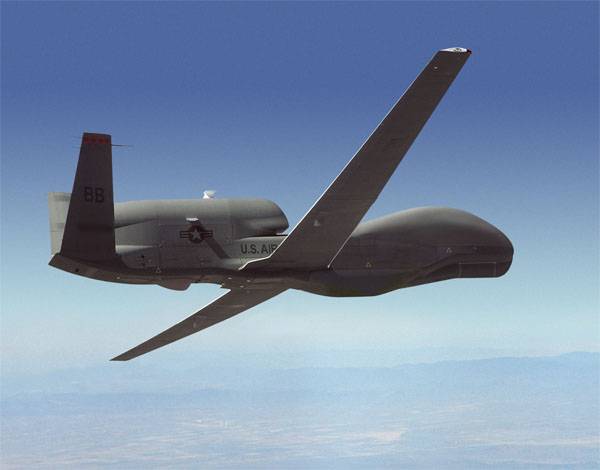 The drone was raised from the American military base Sigonella, located on the Italian island of Sicily. In the direction of Russia, the unmanned vehicle was moving through the airspace of Greece and Bulgaria, then over the Black Sea.

Known for the onboard number of the UAV: ​​10-2043. The southernmost point of the reconnaissance flight was the area of ​​Sochi, which allowed the American drone to monitor not only the territory of Kuban, but also, for example, the Republic of Abkhazia.

Earlier it was reported that two US Navy aircraft are conducting reconnaissance at the southern Black Sea air borders of the Russian Federation: EP-3E Aries II and P-8A Poseidon.

One can imagine what kind of hysterics would have risen in the States themselves if Russian reconnaissance drones and reconnaissance planes were actually on a rotational basis replacing each other at US borders.