The third German frigate project F125 came to the test

February 24 2018
31
The German Navy continues to implement the program to build frigates F125. According to the portal navaltoday.com, the third of the four planned frigates first went into the open sea to sea trials.


The ship, named Sachsen-Anhalt ("Saxony-Anhalt") left the shipyard in Hamburg and along the Elbe sailed into the North Sea. Tests of the frigate will last two weeks, during which the crew of the ship, as well as representatives of the shipyard and the German Navy will assess the performance of key systems. 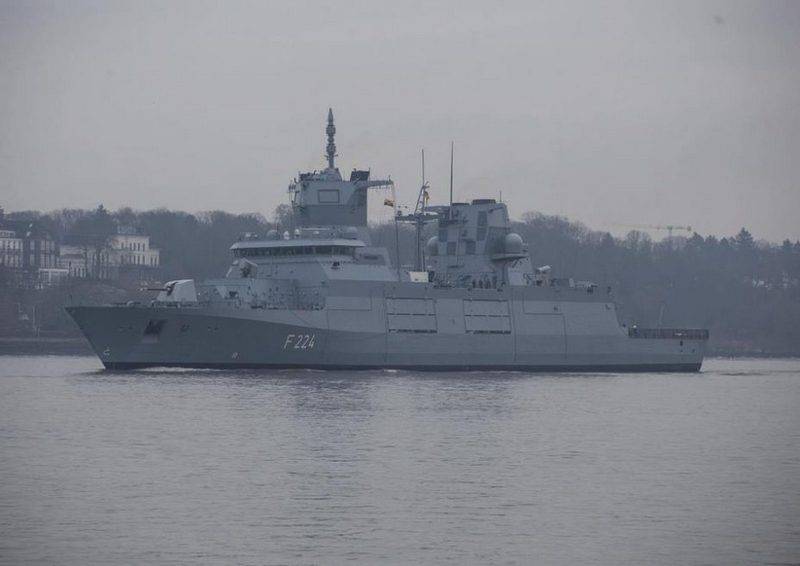 The construction of frigates within the framework of the F125 program is behind schedule, the German fleet has not yet received a single ship of this type. The first frigate (Baden-Württemberg) the military department returned to the shipyard to eliminate the shortcomings discovered during the tests. The second (Nordrhein-Westfalen) successfully passed a series of tests and should soon be handed over the fleet. The third frigate began to pass the tests, and the fourth (Rheinland-Pfalz) was launched last May and is being completed afloat.

In size, ships of the F125 type are comparable to destroyers, but in Germany they are classified as frigates. The length of the frigates of type F125 is almost 150 m, the width is 19 m, the draft is 5 m, the total displacement reaches 7200 t. The ships of type F125 are equipped with a combined power plant of the type CODLAG combining diesel generators and electric motors. One of the features of the new ships is a long maintenance cycle. The frigate must be without maintenance at the base for two years, while performing operations of medium intensity (5000 hours per year).

The frigates must be armed with Otobreda 127 caliber mm and two 27-mm anti-aircraft guns MLG 27. In addition, the ship has launchers for various types of combat missiles and anti-submarine torpedoes. The total cost of building four ships of type F125 is estimated at € 2,2 billion, transmits "Warspot"

Ctrl Enter
Noticed oshЫbku Highlight text and press. Ctrl + Enter
We are
Problems of the frigate Baden-Württemberg and the threat to the F125 programIn Germany, laid the third frigate project F125
Military Reviewin Yandex News
Military Reviewin Google News
31 comment
Information
Dear reader, to leave comments on the publication, you must sign in.