Russian high-speed helicopter will make the first flight in 2019

February 22 2018
32
A prototype of the Russian prospective high-speed combat helicopter developed by Russian Helicopters (part of Rostec State Corporation) in the interests of the Russian Defense Ministry will make its first flight in 2019. This was announced by the head of "Rostec" Sergey Chemezov, reports TASS. 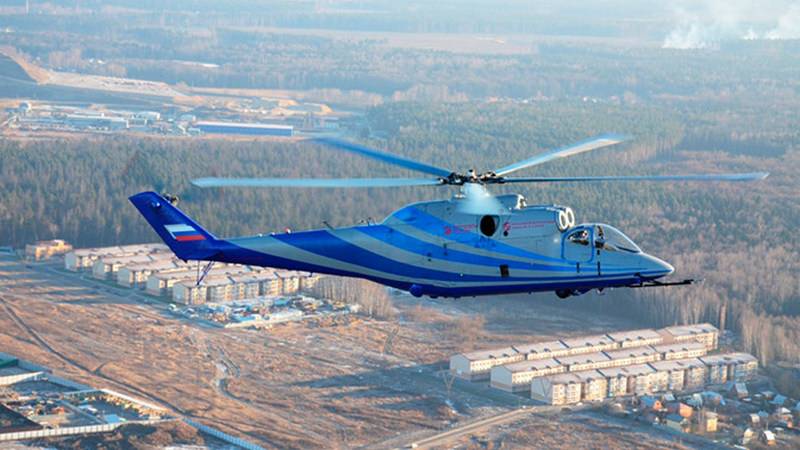 Next year we will continue development work. We have rather big achievements. The first flight tests of an experimental helicopter can take place during the 2019 of the year or closer to its end.
- said Chemezov.

He clarified that the speed of the new helicopter will exceed 400 km / h.

As previously reported, the Mil Moscow Helicopter Plant, part of the Russian Helicopters holding, is working to create a promising combat helicopter for the Ministry of Defense. A number of technological solutions in this project have already been tested on production models. According to the holding, for this helicopter specialists of the cost centers have developed a revolutionary design of the main rotor blade. It was also reported that the engine for a high-speed helicopter, which received the VK-2500М index, can be created in one year if there is an order.