US Air Force write off all Predator shock drones

February 21 2018
42
The US Air Force Command decided to write off all the MQ-1 Predator drone drone aircraft in service from the 2005 of the year (from the 1995 of the year in the reconnaissance version of the RQ-1). According to Defense News, the last flight as part of the US Air Force Predator will take place on 9 March 2018, after which the US military will use only drones MQ-9 Reaper. In this case, the contract flights of MQ-1 in the Middle East on the order of private military companies will be conducted until December of this year. 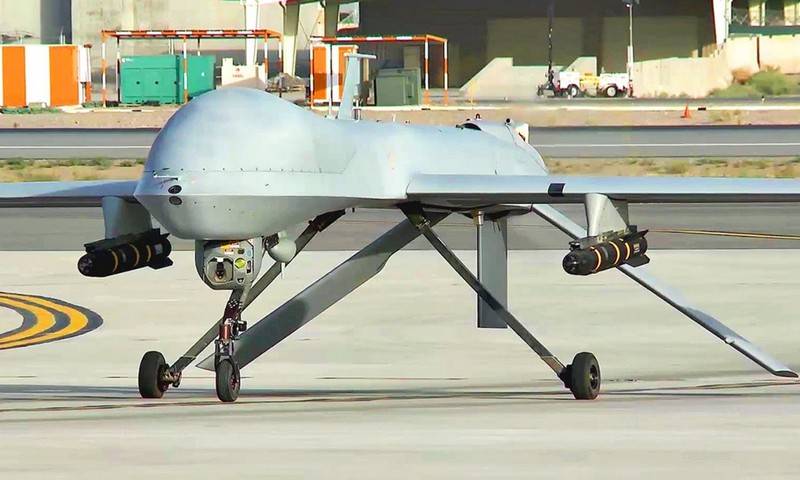 The length of the Predator is 8,2 meters, the wingspan is 16,8 meters, and the height is 2,1 meters. The device with a maximum take-off weight of 1,02 tons can reach speeds up to 217 kilometers per hour and be in the air up to 24 hours. The range of the drone over the radio channel is limited to 1,1 thousands of kilometers, but when using a satellite control system is determined only by the stock of fuel. The MQ-1 is equipped with two suspension points for air-to-surface missiles and a multispectral guidance and reconnaissance system. The calculation of one device consists of two people - the pilot and operator of sensors and weapons.

In total, the Predator 360 drones were assembled in the US for all time. These vehicles were used in several military conflicts and operations, including in Iraq, Yemen, Libya, Syria, Somalia and the Balkans.

Previously, the US Army refused to use the MQ-1 Predator UAVs, considering these devices obsolete. In 2009, the MQ-1C Gray Eagle assault unmanned aerial vehicles began to arrive in service with the American Army, representing a profound modernization of the Predator. In particular, these vehicles are equipped with satellite control systems, have a maximum take-off weight of 1,6 tons and are equipped with four suspension points for rockets or light bombs, reports "N + 1"