In Ukraine, 26 was proposed to make February "The Day of Resistance of Crimea to the Russian Occupation"

February 20 2018
33
Emine Dzhaparova, First Deputy Minister of Information Policy of Ukraine, is convinced that February 26 should officially become the Day of Resistance of Crimea to the Occupation of the Russian Federation in Ukraine, Interfax-Ukraine reports

We believe that this day (February 26) should be officially the Day of Resistance of Crimea to the Russian occupation
- Dzhaparova said at a press conference on Tuesday in Kiev. 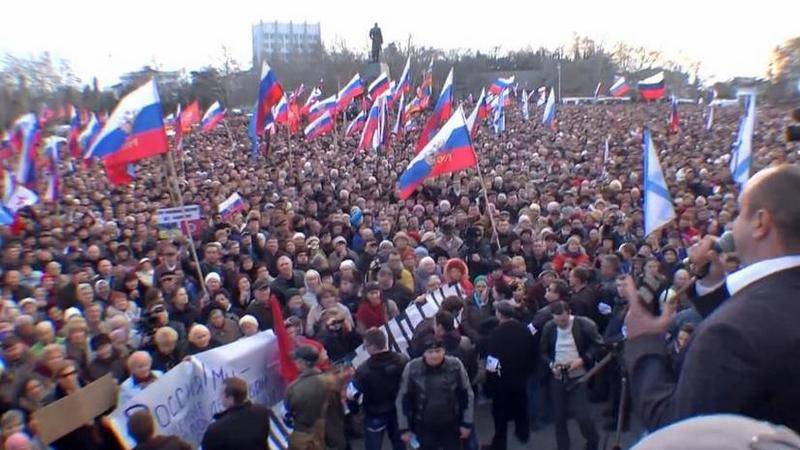 She noted that the document with the corresponding initiative last year was transferred to the administration of the President of Ukraine.

According to Dzhaparova, it is necessary to officially introduce the Day of Resistance of the Crimea to the occupation of the Russian Federation in opposition to Russian propaganda.

This is important because Russian propaganda is trying to prove that there was a so-called referendum that there was no resistance and that all people in Crimea were pro-Russian.
- explained the first deputy minister.

26 February 2014, a rally was held in Simferopol, during which Russian-speaking residents of Crimea protested against the new government in Ukraine.