February 20 2018
63
Military actions in the zone of the Nagorny Karabakh conflict may resume at any time, leading TASS statement of the Minister of Defense of Azerbaijan Zakir Hasanov. 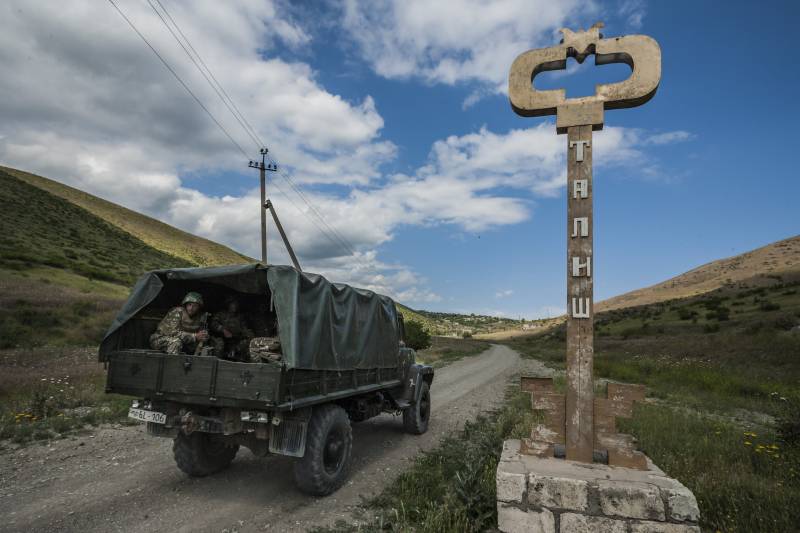 At a meeting with the EU Special Representative for the South Caucasus and the crisis in Georgia, Taivo Klaar, the head of the Azerbaijani Defense Ministry noted that negotiations with Armenia on this issue are unsuccessful.

Having again paid attention to the fact that the two armed armies (Azerbaijan and Armenia) are facing each other on the front line, Defense Minister Zakir Hasanov did not rule out the resumption of war at any moment,
commented on the meeting the press service of the Ministry of Defense of the Republic.

Hasanov also called on international organizations to "make every effort to fully resolve the conflict."

In turn, the EU Special Representative noted the importance of “an early and peaceful resolution of the conflict to ensure stability in the region” of the South Caucasus. He stressed that the EU "is a supporter of the continuation of negotiations."

Ctrl Enter
Noticed oshЫbku Highlight text and press. Ctrl + Enter
We are
New war in the Caucasus be?
Military Reviewin Yandex News
Military Reviewin Google News
63 comments
Information
Dear reader, to leave comments on the publication, you must sign in.