February 19 2018
13
The Techmash Concern of the Rostec State Corporation plans to upgrade the systems of the first generation of corrected artillery weapons. These intentions were announced at the scientific and technical conference by the general director of the Bakhirev Machine-Building Institute Alexander Gordyukhin. The details of the project have not been disclosed yet, but it is worth explaining what the “Brave” and “Centimeter” are. 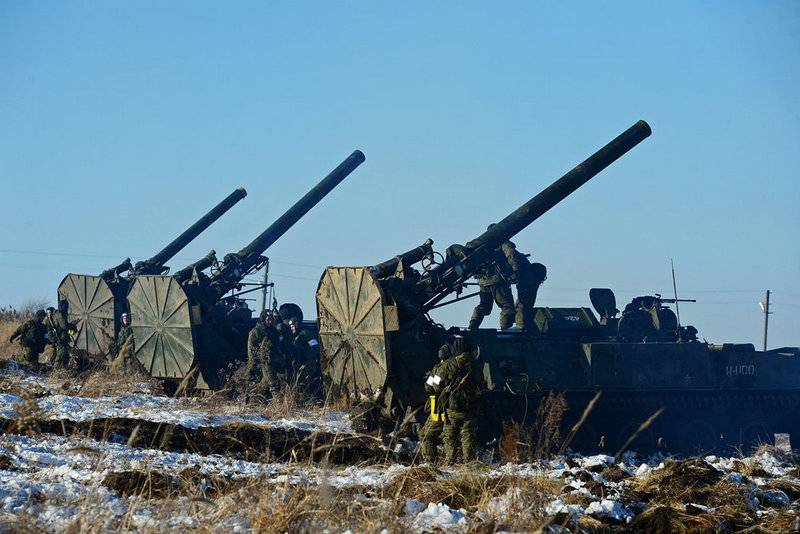 These are complexes capable of quickly hitting targets with a laser tip, bypassing one, maximum three shells. They are designed to destroy armored vehicles, launchers, artillery systems, command and control and communications, bridges, ferries and defensive structures.

For "Brave" is used the same 240 millimeter artillery mine 3F5. And for a centimeter - 152-mm howitzer projectile.

They were created at the beginning of 1980's. The development is based on the Russian concept of pulse correction RCIC.

Both complexes performed well in the Afghan and Chechen wars. For example, in 1985, the “Daredevil” smashed a dilapidated fortress in the foothills of the Pokhvalonokok, where a group of militants sat down.

And although it is not known what will be the modernization of the complexes, we can assume that we are talking about their automation. While their work is completely dependent on spotters. They are forced to wear 18-kilogram range finders and other heavy equipment and rely on shooting parameters on a laptop, reports RG-Sil
Ctrl Enter
Noticed oshЫbku Highlight text and press. Ctrl + Enter
We are
Tehmash will modernize the complexes "Brave" and "centimeter"
Military Reviewin Yandex News
Military Reviewin Google News
13 comments
Information
Dear reader, to leave comments on the publication, you must sign in.