February 19 2018
92
Mikhail Khodorkovsky would still like to see a different political system in Russia, however, he does not intend to sit down in the presidency instead of Putin. Let it better sit down Sobchak. Meanwhile, the US network giants oppose Roskomnadzor, while others have already lost the battle. Navalny indignant: his records in Instagram were blocked due to a scandal with oligarch Deripaska. It seems that the foreign Internet in Russia has changed his mind about being free. 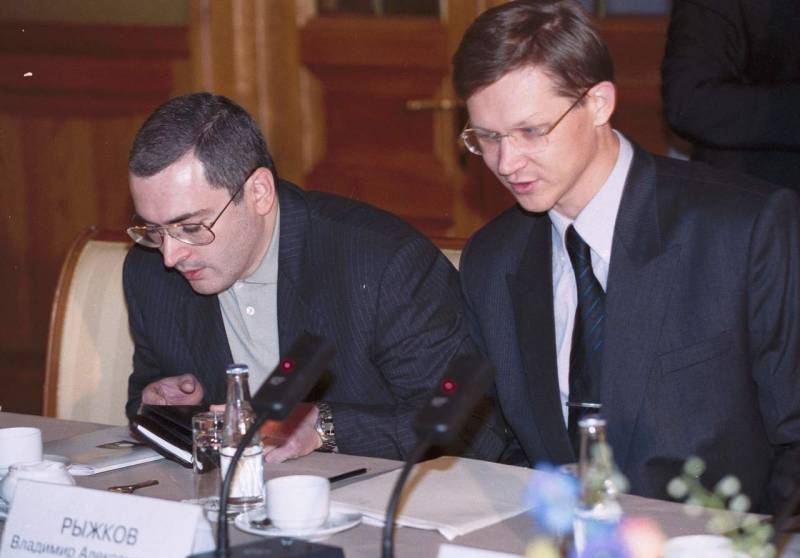 In an interview with the Associated Press, Mikhail Khodorkovsky explained that he did not want to rule Russia instead of Putin. According to Khodorkovsky, who quoted "Daily Mail"Khodorkovsky is “not interested” in replacing Vladimir Putin as president. As for voting in elections, Khodorkovsky can cast his vote in March to Ksenia Sobchak, a television star.

According to the former tycoon, politically motivated US and EU sanctions against Russia “do not work.” He also warned that Putin’s relations with the United States are unlikely to improve in the near future.

The Daily Mail notes that after ten years in prison, which Khodorkovsky regards as punishment for his own political ambitions, he is still deeply angry with Putin and is ready to finance alternative political leaders. Being in the "London exile", he says that what he really wanted for Russia was "a completely new political system."

“Unfortunately, no one who wants to come and replace Putin is not a solution,” Khodorkovsky said.

In his opinion, gradual reforms of parliamentary democracy should be carried out in Russia.

The newspaper reminds that Khodorkovsky is forbidden to participate in presidential elections because of a criminal record. However, Khodorkovsky himself says that this is “not an election,” because everyone knows the result in advance. And yet he urges people to get up from the couch and go to the polls.

Khodorkovsky, continues to publish, hinted that he was leaning toward Ksenia Sobchak’s candidacy. At the same time, he urged her to “clarify” her position to begin with. The fact is that by many observers Sobchak’s candidacy is perceived as something “superficial”, designed to mix together ideas of opposition and glamor. 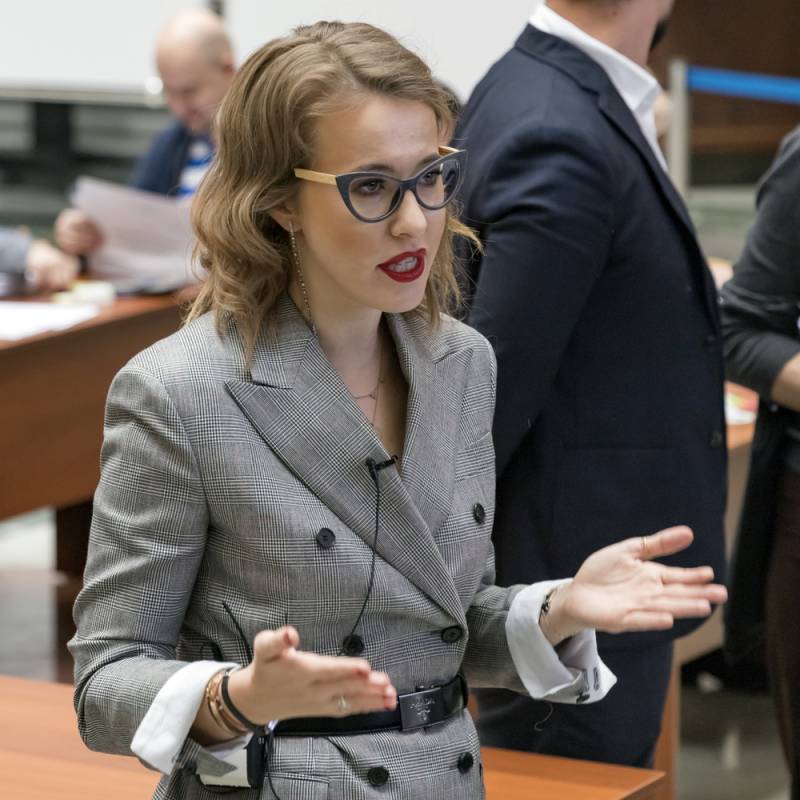 “I don’t know if I will vote for it, or, having exhausted everyone in the ballot, I’ll write:“ I am tired of Putin, ”Khodorkovsky said with irony.

Many Russians view the former billionaire as an offended, dispossessed oligarch, while others consider him an isolated and “irrelevant” one. However, his money is financing opposition activities in Russia. Khodorkovsky has been living in exile since his pardon in December 2013, and his organization, Open Russia, provides legal support to victims of human rights violations and carries out various media projects, the Associated Press reports.

Khodorkovsky does not find a solution to the current opposition leader Alexei Navalny. Khodorkovsky accuses Navalny of trying to become a “good king” instead of focusing his efforts on the reforms of Russia's political system. However, Navalny, like Khodorkovsky, is forbidden to "challenge" Putin in the March elections.

Since “Putin’s re-election is already guaranteed,” the publication ironically, the opposition forces in Russia are focusing on the future that will come in the country six years later. After all, it was believed that Khodorkovsky, "once the richest man in Russia," had ambitions "for 2024 year."

When asked by a journalist whether he would run in 2024, Khodorkovsky, however, said: “I am opposed to someone running for replacement of Putin. I think this position is doomed. "

And a little about the nearest bright future. Rather, dark.

According to Khodorkovsky, Putin’s next term will lead to a new decline in Russia and more strained relations with the United States. “For him and for those whom he represents, America is only good as an enemy,” says a former prisoner. 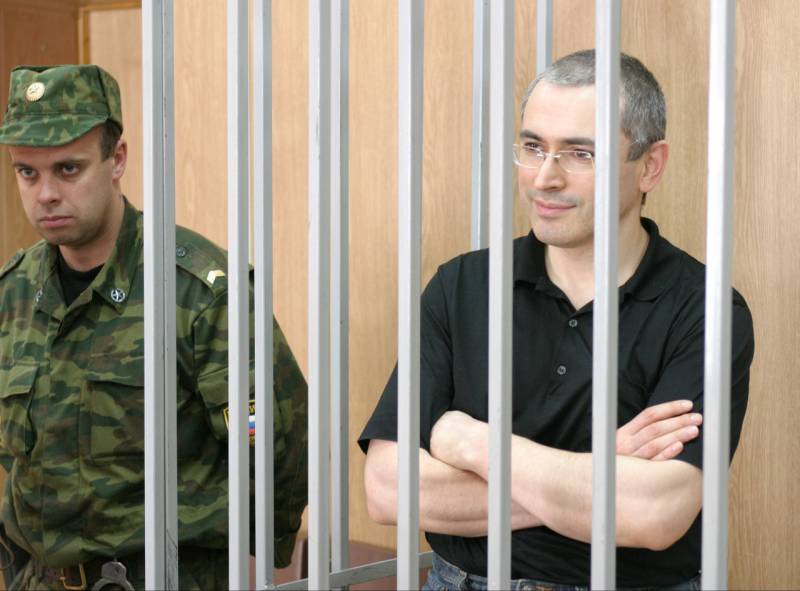 So, instead of Khodorkovsky, Sobchak could sit on the throne in Russia. You never know? Meanwhile, American network giants are losing the battle for freedom of speech to Roskomnadzor, while others have already surrendered. Navalny, the one about whom Khodorkovsky spoke with disdain, is indignant: his Instagram posts were suddenly blocked. This happened because of a scandal with oligarch Deripaska. It seems that the foreign Internet in Russia still changed his mind to be free.

The Russian authorities blocked the site of a “prominent opposition leader” after he refused to execute the court decision to delete the published video, whereby a high-ranking official was accused of taking bribes from a wealthy businessman, writes "New York Times". The blocking decision has spread to American network service providers: Instagram and YouTube. Mr. Navalny attacked Instagram with stinging criticism.

“Instagram has decided to fulfill Russian illegal censorship requirements and remove some materials about the oligarch Deripaska,” Mr. Navalny wrote on Twitter. And he added: “Shame on you, Instagram!”

Aluminum oligarch Oleg Deripaska, recalls the newspaper, filed a lawsuit against the 21-year-old model and blogger Anastasia Vashukevich, accusing that of publishing the details of his personal life. Last year, Ms. Vashukevich posted video and photos on her Instagram. And it turned out from these materials that Mr. Deripaska was sailing on his yacht with Deputy Prime Minister Sergei Prikhodko.

Mr. Navalny used the material of Ms. Vashukevich for his video research. It appeared online last week and claimed that the trip was a bribe from Mr. Deripaska to Mr. Prikhodko, and Mrs. Vashukevich was on board the yacht with a high-class escort, and she was not the only one.

The Ust-Labinsk court accepted, following the suit of Oleg Deripaska, the decision to remove offensive materials from Instagram and YouTube. The court ordered the monitoring of the execution of the decision Roskomnadzor. 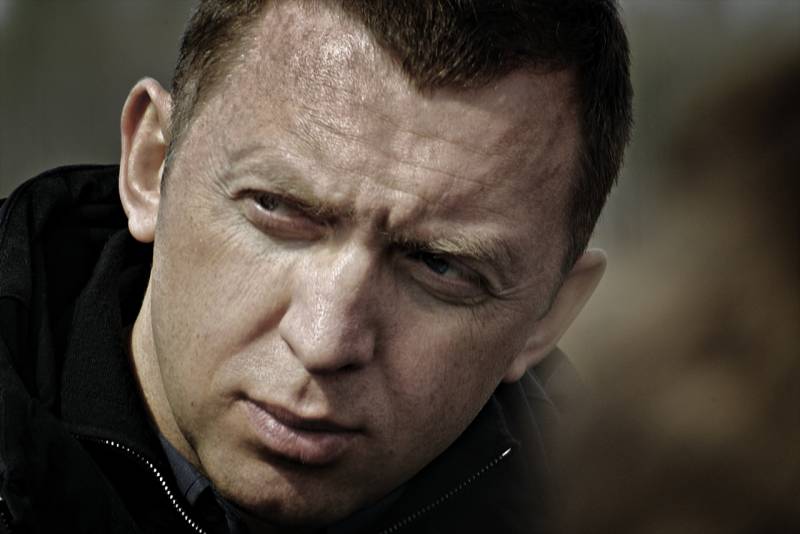 This ruling was to some extent executed. Mrs. Vashukevich has removed material from her Instagram, and only Youtube is still resisting. (We note that Navalny’s video investigation is still available on YouTube today and gained more than 5,6 million views.)

Observers from the Kremlin’s opposition are now debating whether Deripaska, who has close ties with President Putin and other Kremlin officials, acted on behalf of the government to “silence Mr. Navalny.” The opposition leader himself thought so, citing the Kremlin’s desire to silence his opponent before the presidential election. This is “a pretext for blocking the resources that we use to conduct our campaign to boycott the elections,” Navalny said.

As for Deripaska, he said through his representative that Navalny’s statements about bribery and prostitutes were “hot historywhich seems far from the truth. ” He also denies that his lawsuit was a veiled attempt to muzzle Navalny. “Mr. Deripaska argues that he protects his right to privacy and has no relation to any political struggle between Mr. Navalny and his political opponents,” the oligarch’s representative wrote in an e-mail. The representative also denies any ulterior motives in the actions of Roskomnadzor.

Mr. Navalny’s supporters disagree: why, if there were no political motives, did Roskomnadzor not just block the web page on which the results of the investigation were published, but block the entire site and some other sites related to it?

Most of the media, reminds the American edition, in Russia controls the government. And Navalny’s website is for him the only means of disseminating anti-corruption investigations relating to Putin’s entourage.

Mr. Navalny and his team have already created mirror sites and called on their supporters to use virtual private networks or VPNs to avoid access restrictions. "Each of us must learn to bypass the lock," says Mr. Navalny. “It becomes an essential skill in Russian life.”

The scandal with Deripaska, the girls, the yacht and the person from the government, as well as the trial and blocking of unwanted sites became for some people an occasion to celebrate success. No, not for Navalny. While he is teaching the adherents of VPN, businessmen from biographical fiction make money.

The metropolitan publishing house EKSMO has sold off the circulation of a book called “The Diary of seduction of a billionaire, or Clone for an oligarch.” The cover of this essay is marked 18 + and appears author: Nastya Rybka. This is the creative pseudonym of the very Anastasia Vashukevich from the yacht. The demand for the book jumped just after the revelations of Navalny. But before the exposure, Rybka’s book was not a bestseller at all. After the scandal in a week, one and a half thousand volumes were spent.

“Sales have grown substantially, more than a hundred times, now this book is one of the top sellers in electronic form, but the dynamics are falling,” - noted in the press service of EKSMO.

By the way, the circulation of the “Diary of seduction” - 3 total thousands of copies. True, there are also electronic copies. Will the court ban the book Rybka? While there is no information about this. And if not, perhaps a reissue. Profit above all.

As for Navalny, he is trying to challenge the decision of the Ust-Labinsk court, and has already threatened Roskomnadzor. He filed a lawsuit against Roskomnadzor, in which he demanded to recognize the actions of this organization as illegal, since the information contained in the investigation cannot be regarded as information received in confidence. They are obtained from open sources, including the specified book of Nastya Rybka and photos from Instagram.

Western observers, we note in conclusion, say that the Kremlin only holds back the fear of a negative reaction from the international community from blocking all the resources of Navalny and his team. The second reason why Navalny and other oppositionists have not yet completely shut their mouths is the Kremlin’s desire to keep at least the appearance of openness in Russia. And yet the situation, some analysts say, is changing. The attack on unwanted sites and networks shows that a more rigid approach is being taken. Until you give up only YouTube. Does Roskomnadzor now block all YouTube - that is the question.

As for Deripaska, according to some sources, he I decided suddenly quit the presidency of the two companies, En + and Rusal. There is an opinion that this is not because of Rybka and Navalny, but because of a line in the American “Kremlin report”.

Ctrl Enter
Noticed oshЫbku Highlight text and press. Ctrl + Enter
We are
Project "ZZ". Sobchak and the front "dissatisfied." The people are "tired" from PutinSituational analysis of the death of the MH17 flight (Malaysian Boeing 777), made on the basis of engineering analysis from 15.08.2014
Military Reviewin Yandex News
Military Reviewin Google News
92 comments
Information
Dear reader, to leave comments on the publication, you must sign in.