February 19 2018
58
Israeli Air Force struck at the underground infrastructure in the Gaza Strip in response to rocket attacks on Sunday, reports TASS. 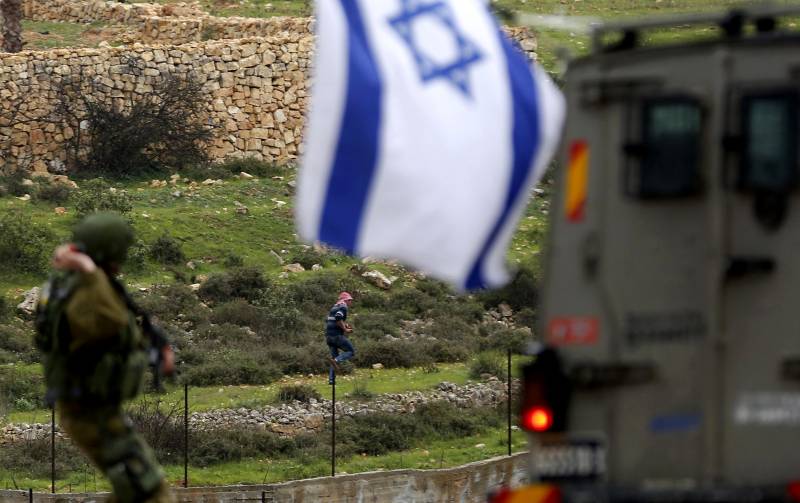 In response to the missile, which was previously launched at Israel, Israeli Air Force fighters attacked the underground infrastructure in the south of the Gaza Strip. The Israeli Armed Forces will continue to operate to ensure the security of the Israelis. Hamas is responsible for everything that happens in the Gaza Strip, both on and under the earth,
said the release of the press service of the Israeli military.

Over the weekend, Israel has twice been subjected to rocket fire from the Gaza Strip. On the launch of the second rocket it became known late in the evening on Sunday.

“The rocket was launched in the southern regions of Israel from the Gaza Strip. Air-raid sirens worked in the regional council of Sha'ar ha-Negev and the city of Sderot (located in close proximity to the Gaza Strip), ”the military said.

The first rocket was released on Saturday. On the same day, a landmine was blown up on the border with a Palestinian enclave by militants, as a result of which four servicemen were injured. The Israeli Air Force responded with two sorties (Saturday evening and Sunday morning), destroying 18 targets in Gaza.

Ctrl Enter
Noticed oshЫbku Highlight text and press. Ctrl + Enter
We are
The weekly summary of 9-15 December about the military and social situation in the DNR and the LC from the military men "Mag"
Military Reviewin Yandex News
Military Reviewin Google News
58 comments
Information
Dear reader, to leave comments on the publication, you must sign in.