February 16 2018
42
On September 30, 1941, Hitlerite Germany and its satellites and allies launched an offensive on Moscow. The Fuhrer’s plans to seize the Soviet capital before the approaching winter were seriously violated by the battle for Smolensk, which lasted two months. Although the Nazis still managed to capture the city and inflict a serious defeat on the units and formations of the Red Army defending Smolensk, time was lost. But Hitler and his entourage did not lose hope of taking Moscow before the cold. In the Moscow sector, the forces of Army Group Center were concentrated with a total strength of 1 troops, including 929 (according to other sources 406) divisions. The army group was armed with about 72 thousand tanks and self-propelled artillery mounts, 14 thousand artillery pieces and mortars, 780 aircraft. 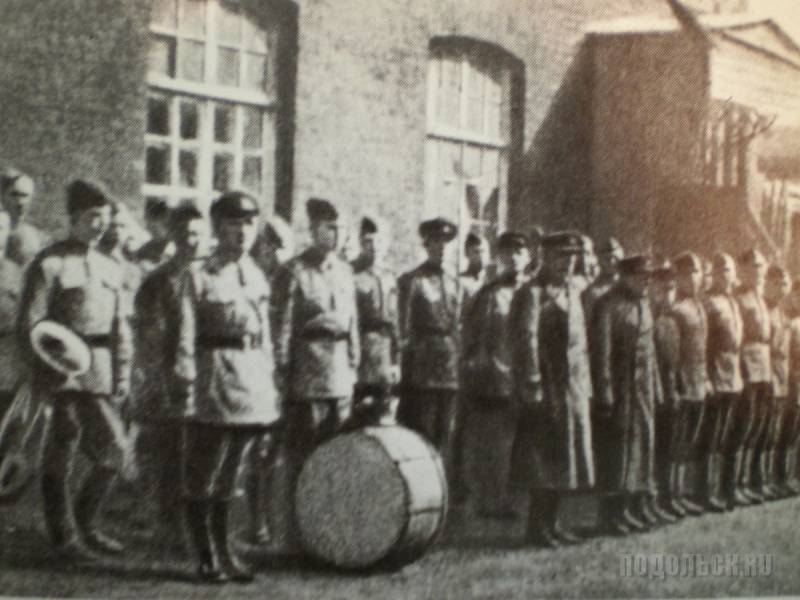 For the defense of the capital, Stalin concentrated the forces of several fronts. Only the Western, Reserve and Bryansk fronts to 30 September 1941 had 1 250 000 people. Almost all the forces that the Red Army had in the capital area were thrown to the defense of Moscow. Civilians were mobilized to build fortifications.

In the meantime, the nazis were rapidly moving towards Moscow. October 3 1941 troops of Nazi Germany broke into Orel, October 6 X-NUMX Panzer Division of the Wehrmacht captured Bryansk, and 17-I Panzer Division - Karachev. Three Soviet armies - 18-I, 3-I and 13-I - were surrounded by Bryansk, and commander of the Bryansk Front, Colonel-General A.I. Eremenko was seriously wounded and was evacuated to Moscow on a special plane. The situation in the Vyazma region was extremely unfavorable. Here, 50 divisions, 37 tank brigades, 9 artillery regiment of the RGC and the control of 31, 19, 20 and 24 armies were surrounded. More than 32 of thousands of Soviet soldiers and officers were captured, with the commander of the 688 Army Lt. Gen. M. Lukin and the former 19 Army Commander Major-General S. V. Vishnevsky being among the prisoners. The commander of the 32 Army, Major General K. I. Rakutin, was killed. Only 24 of thousands of servicemen managed to escape from the environment.

In early October 1941, the enemy continued the offensive in the area of ​​Maloyaroslavets. On October 5, the Nazis occupied the city of Yukhnov (Kaluga region), but on the Warsaw highway the advanced units of the 10 tank division of the 57 th Wehrmacht motorized corps were blocked by a small detachment of 430 paratroopers commanded by the paratroop command of the Western Front, Captain Ivan Senior. He raised paratroopers on his own initiative and for several days held defenses against the many times superior and well-armed forces of the enemy.

Forces that could be used in the defense of the capital, became less and less. The reserve remained cadets of military schools of the Moscow region. October 5 1941 was alerted to the personnel of the infantry and artillery schools in Podolsk near Moscow. These military schools were established in Podolsk in 1938-1940, when the USSR rapidly increased the number of armed forces, paying particular attention to the development of the military education system. 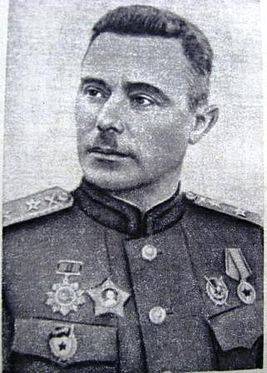 In September, the Podolsk Artillery School, designed to train anti-tank artillery commanders, was established in 1938. The school simultaneously had four artillery battalions as part of three training batteries, each of which included an 4 platoon. The personnel of each training battery numbered about 120 cadets, and only about 1500 people were trained at the Podolsk Artillery School. Head of the Podolsk Artillery School in 1941, was Colonel Ivan Semenovich Strelbitsky (1890-1980) - a professional soldier, the civil war and at the beginning of the Great Patriotic War, commanded 8-Artillery Brigade antitank defense, and then appointed head of the school.
In the same Podolsk, in January 1940, another military educational institution was established - the Podolsk Infantry School, which trained infantry platoon commanders. It also had 4 training battalions, each of which included 4 training companies from 120-150 cadets. The total number of cadets of the Podolsk Infantry School numbered more than 2000 cadets. 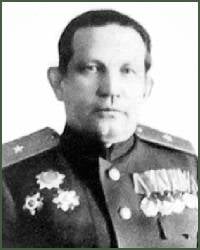 From December 1940, the Podolsk Infantry School was led by Major General Vasily Andreyevich Smirnov (1889-1979), a former officer of the tsarist army, a graduate of the Vilna military school and a participant in the First World War, who served in the imperial army before the commander of the 141 battalion. and then fought in the Civil War on the side of the Red Army. Immediately before being appointed head of the school, Vasily Smirnov led a special group at the military council of the Moscow Military District, and before that he was an assistant to the commander of the 17 Gorky rifle division of the Red Army.

Thus, by the beginning of World War II, there were more than 3500 cadets in the Podolsk military schools. Mostly they were yesterday's schoolchildren, as well as young people with complete secondary education who were recruited by the military registration and enlistment offices for short-term training, followed by production to the commanding ranks and sent to the front as platoon commanders.

When in the defense of the Soviet troops in the Ilinsky combat section of the Mozhaisk line of defense of Moscow a serious breach occurred, the command had no choice but to raise Podolsk military schools, forming a combined force of more than 3500 people from their cadets. It became known later that the Supreme Commander IV personally gave instructions to close the gap of the Podolsk cadets personally. Stalin. The forward detachment of the infantry school, reinforced by an artillery battalion, advanced to the position of Maloyaroslavets. However, the command immediately faced a big problem - it was not so easy to form even one artillery division in the school. One of the few miraculously surviving participants in the terrible battle, Pyotr Lebedev recalled that the training artillery park contained mostly outdated samples of artillery guns, some of which had to be removed even from the classrooms. But the most important problem was the almost complete absence of transport, since the artillery school was serviced by horses, and there were only a few cars. I had to mobilize civilian drivers with vehicles of institutions and enterprises.

The personnel of cadet companies and batteries almost completely consisted of yesterday's school leavers who had time to study in schools a few weeks after the start of the school year. After all, those cadets who had time to listen to the accelerated course were already released into front-line infantry and artillery units. Therefore, it was up to inexperienced guys to defend a trusted sector of the front. And it was they, young Podolsk cadets, who had just begun to master the military professions, accomplished an impressive feat, having restrained the onslaught of selected Hitlerite armies.

River Monster. A typical small river in Central Russia, only a kilometer long 72, flows on the territory of the Kaluga Region. It was here, in a quiet river, the vanguard of the Podolsk cadets took their first fight. In the area of ​​the river arrived a group of German motorized infantry on motorcycles and armored cars. The attack of the paratroopers and cadets of the infantry school took the Nazis by surprise. The enemy managed to be thrown far beyond the river Izver, to the western bank of the Ugra River. Of course, the cadets could not release Yukhnov with such small forces, but the first military victory very much inspired yesterday's boys. October 6 cadets took up defense in the Ilinsky combat area. They were to defend their positions on the east bank of the Vypryka and Luzha rivers, between the villages of Lukyanovo and Malaya Shubinka.

Hitler's command was oriented rather quickly. The air raids began, then - artillery shelling, and then German tanks moved to the Podolsk cadet positions. But the cadets kept the defense. Long-term firing points and long-term wooden-earthen firing points were equipped, which allowed the cadets to conduct active fire on the enemy, causing serious damage to equipment and personnel. October 13, desperate to break the resistance of cadets in a frontal attack, the Nazi command invented a deceptive maneuver. Tanks went to the rear of the heroic Soviet soldiers under red flags to create the appearance of "their". But the cadets quickly understood the essence of what was happening and were able to destroy the attacking enemy tanks. The command of the advancing units of the Wehrmacht was in a frenzy - the “red junkers”, as the Germans called the Podolsk cadets, broke all their plans to quickly overcome the line of defense.

On October 15, Major General Smirnov, the head of the infantry school, seeing the difficult situation of the 3 Battalion of the cadets, advanced his reserve to him. The cadets ran out of ammunition and had to go to the Nazis in bayonet attack. By the morning of October 16, the cadets had only 5 artillery guns left, and even those were equipped with incomplete gun crews.

October 16 Nazis again struck a serious blow to the Ilinsky combat area. First, tanks and artillery guns suppressed the firing points of cadets in bunkers and bunkers. However, in the village of Sergeevka, one of the well-disguised pillboxes was never discovered by the Germans. There were cadets under the command of the commander of the 4 battery of the Podolsk artillery school, Lieutenant A.I. Aleshkina. Cadet Belyaev, who commanded the calculation of the 45-millimeter cannon, managed to knock down several enemy combat vehicles. The Nazis surrounded the pillbox and attacked him from the rear, throwing grenades through the embrasure. Almost all DotA defenders died.

October 17 had to withdraw the command post of the consolidated detachment to the village of Lukyanovo, where the 5 Company of the Podolsk Infantry School was located, but already on October 18, the Hitlerites attacked the command post and then, after that, the joint detachment commander General Smirnov at the head of 5 and 8 remnants th cadet companies organized the defense of the village of Lukyanovo. Only 20 of October, the cadets began to depart from the line of defense, and 25 of October were relegated to the rear for the further advancement of their studies - the schools were temporarily transferred to Ivanovo. 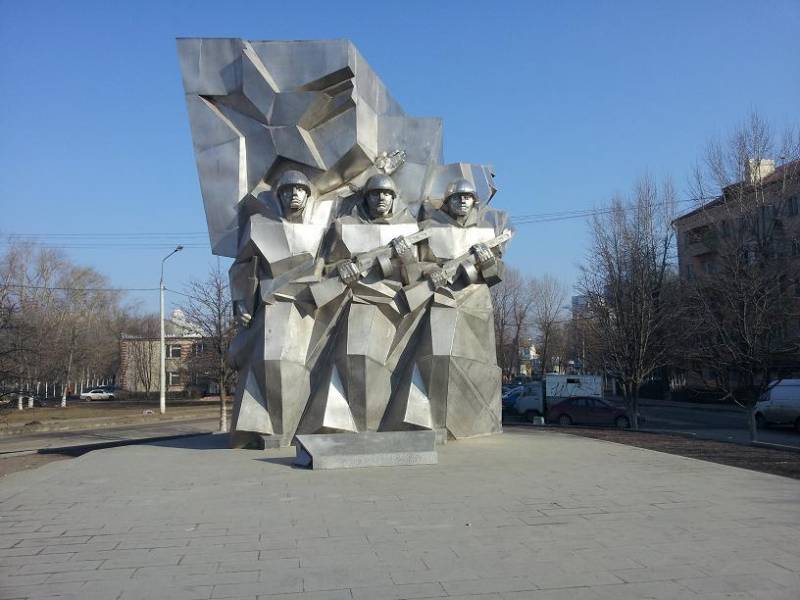 Of the 3500 people in the ranks, only about 500 people remained. Approximately 2500 cadets and commanders of the Podolsk military schools died in battles with superior enemy forces. Since the bodies of the dead remained on the battlefields until December 1941 - January 1942, when they were buried, most of the dead cadets were not identified and reported missing.

The contribution of yesterday's school students to the defense of Moscow is huge. Podolsk cadets destroyed about 5 thousands of German soldiers and officers, 100 tanks and armored personnel carriers. While the “Red Junkers” were restraining the offensive of the enemy forces, they managed to create and strengthen a new line of defense and draw reserves. Those of Podolsk cadets and commanders who were fortunate enough to survive the defense of Moscow, subsequently fought on the fronts of the Great Patriotic War. So, one of the few surviving cadets, Mikhail Lev, had an amazing fate. Having got wounded in German captivity, he managed to escape, became a scout, and then the chief of staff of a partisan detachment, and after the war - a writer. It was Mikhail Lev who was one of the first to tell the world about the feat of his classmates - Podolsk cadets in the chapter “Cadets” of the autobiographical book “Partisan Paths” (1948).

The commander of the Podolsk Artillery School, Ivan Strelbitsky, on November 9 received the rank of Major General, commanded artillery in the 1941 Army, 60 Shock Army, 3 Guards Army, in 2, he served as lieutenant-general, continued to serve. of war. In 1944-1954 Lt. Gen. Ivan Strelbitsky served as chief of the Radio Engineering Forces. The head of the Podolsk Infantry School, Vasily Smirnov, also went through the war - commanded the 1956-th Moscow Rifle Division, 2-th Red Banner Kharkov Division, and after the war led the military cycle of the Military Pedagogical Institute of the Soviet Army, then before 116 - the military department of the Moscow Institute of Foreign Trade .