February 15 2018
32
Deeply modernized attack helicopter "Alligator" in the version of Ka-52М is planned to be created by 2021-2022 year, the general director of the holding "Helicopters of Russia" (Rostec) Andrei Boginsky said in an interview with Interfax.

The Ministry of Defense has set us such a task. I think it will be 2021-2022 year. It is a deep modernization.
- declared Boginsky

He noted that the modernization will affect the entire onboard complex: weapons and navigation systems. 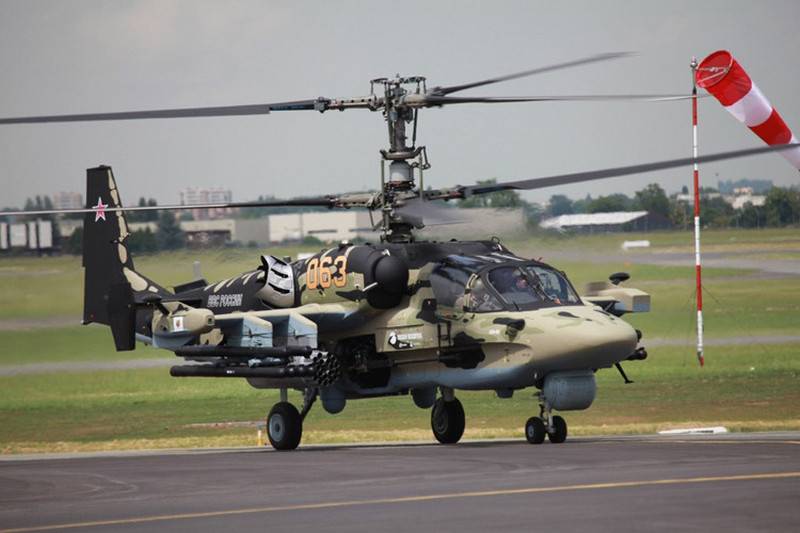 But this does not mean that we will not make current upgrades. We are interested in this. The experience of the combat use of helicopters for us is worth a lot. In real conditions, it is possible to understand whether certain constructive solutions really help the pilot or something needs to be improved, reliability is improved.
- said Boginsky.

According to him, the holding is constantly engaged in improving its helicopters, taking into account the wishes of the flight and engineering staff.

We have a small modernization of surveillance and sighting systems - what the Ministry of Defense requires, and we are actively working with the Shvabe holding company. Further there will be a question of a more profound modernization of sight-sighting systems - this is an increase in the range of recognition and detection of targets. This is, let's say, the second stage of work that we are conducting today.
- said the head of "Russian Helicopters."

He added that one of the important issues relating to the modernization of rotary-wing machines is the unification of existing weapons and the emergence of new ones.

As previously reported, February 6, Deputy Defense Minister Yury Borisov, visiting the Progress AAC, announced the agency’s plans to purchase X-NUMX Ka-114 Alligator helicopters as part of the state armament program for 52-2018 years. He stressed that we are talking about the purchase of helicopters in the new version. According to Yu.Borisov, for the Ka-2027 create new missiles of increased range, in addition, the helicopter will receive an improved optical-aiming system. The deputy minister also said that according to the plan in 52, six new "Alligators" should receive the VKS.