February 11 2018
62
The carrier rocket "Soyuz-XNUMHA" did not start at the estimated time from the Baikonur cosmodrome, the correspondent reports RIA News from the Mission Control Center. 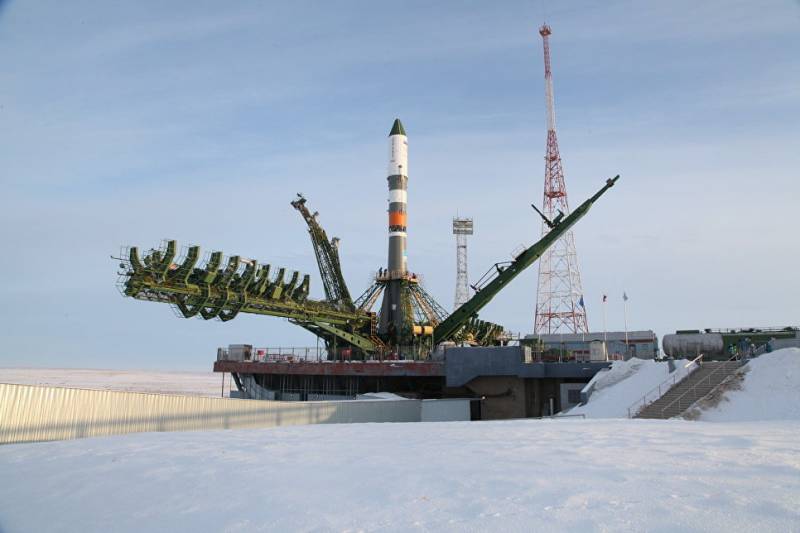 According to the journalist, “the rocket was supposed to withdraw the cargo ship Progress MS-08, which was the first to stories to get to the International Space Station using the new shortened double-turn scheme in 3,5 hours. ”

Currently, the fastest way to get on the ISS is using the 4-turn scheme. It was first implemented in 2012, with the launch of the Progress cargo ship. The first manned flight under the new scheme was made in March 2013, with the launch of the Soyuz TMA-08 spacecraft. It clarifies that the traditional is the scheme, when from start to docking takes about 50 hours.

According to the press service of Roskosmos, the current launch of the rocket is postponed to the backup date.

The launch of Soyuz-2.1 carrier rocket (PH) with the Progress MS-08 transport cargo ship (TGK) is postponed to a backup date - February 13,
the report said.

Start canceled due to automatic shutdown of engines at start.

Ctrl Enter
Noticed oshЫbku Highlight text and press. Ctrl + Enter
We are
The head of Roscosmos: Russia will build its orbital station after the ISSAnother satellite crashed without reaching the specified orbit
Military Reviewin Yandex News
Military Reviewin Google News
62 comments
Information
Dear reader, to leave comments on the publication, you must sign in.