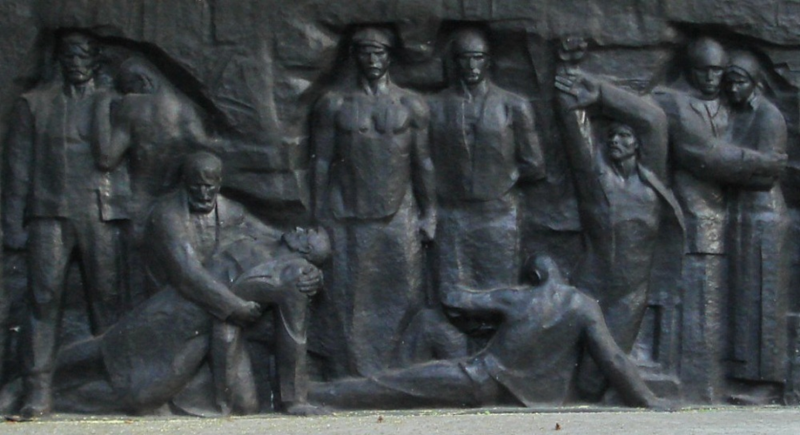 From Moldova - a tiny republic on the outskirts historical Russia, long forgotten by God, but by no means the US State Department, continues to receive alarming messages. The general essence of which is that the world hegemon clinging to this piece of land is not going to let him out of his suffocating embrace under any circumstances. There are many reasons for this. And one of the main ones is that the United States categorically cannot allow the formation in the deep rear of its anti-Russian Ukrainian front of a geopolitical enclave with an eastern orientation undesirable for them.

Meanwhile, there is less and less time for Moldova to consolidate in its current status as a wordless American slave, with its current sovereign masters.

This is due to the fact that according to the law in the autumn of 2018, the term of office of the local parliament expires, which in its current composition has long become a kind of conspirators headquarters against sovereign Moldovan statehood in any form.
In the upcoming elections, the party of the President of the Republic of Moldova, Igor Dodon - Socialist, oriented towards Russia, has the most realistic chances of becoming ruling.

Therefore, the main task of the local anti-Russian forces is to do everything so that this party never comes to power. Preparations for this are in full swing and in all directions.

First, the situation with the elections themselves, which may simply not take place, is unclear. Parliament has the possibility prescribed by law to postpone them indefinitely in the event of, for example, war, or some other catastrophe.

If there is a ready-made military-political conflict in the country - the Transnistrian conflict, which needs only to be unfrozen, this scenario does not look unreal.

Secondly, extremely tough measures are being taken to completely isolate the Moldovan population from Russia with a completely obvious goal - to prevent any alternative impact on the local mass consciousness and fully control the process of public opinion formation on the eve of the elections. In the event that to break them all the same will not succeed. However, one does not interfere with one another and the retention of the people in ideological rein will be needed by the current unpopular rulers anyway.
It was for this purpose that at the beginning of February 2018, the pro-Western forces dragged through the Declaration “under their control” parliament condemning Russia for the so-called “attacks on the information security of Moldova”. Under which in Chisinau they mean any attempts to offer the local population any other points of view, except the officially approved pro-Romanian elite.
Moldovan President Dodon reacted extremely negatively to the adoption of this anti-Russian document:

“Promoting extreme anti-Russian views in a country with broad pro-Russian support means political and electoral suicide. Today, the European Union parties, mainly the Democratic Party of Moldova - the initiators of the statement, have taken a step along this path - either in order to please the West even more, or as a result of a fever in which they have fallen. I very much hope that their thoughtless statement will not seriously affect relations with Russia. But, I hope, it will seriously affect their performance in the elections. And they deserve it. Because citizens need a geopolitically balanced power, not a power that fights with imaginary enemies. ”
Dodon: Russia is trying to force on retaliatory equivalent actions

In addition, the president expressed confidence that these provocative actions against the Eastern partner will cease at the end of this year, and then Moldova will fully restore its strategic partnership with the Russian Federation.

However, the President of the Republic of Moldova in its current legal status can do little, other than voicing regular protests. The Moldovan Constitution is spelled out as an ornamental head of state, elected by members of parliament and endowed with purely ritual powers. At the same time, the local ruling clique completely ignored the fundamental fact that the current president of Moldova was elected on the basis of a new constitutional norm - by popular vote. And as a representative of the whole people, there is a good reason to claim a much larger amount of authority.

But in present-day Moldova, real, and not ostentatious, democracy did not even spend the night. Therefore, Igor Dodon as he was, remained with his purely symbolic power. And even that from time to time he is arbitrarily taken away at those moments when he can somehow interfere with his political opponents.

Recently, in Chisinau, it has become in the order of things to temporarily remove a living and healthy president from power, so that, having appointed his own acting role, make decisions that Dodon himself would never have endorsed. This Kishinev "know-how" can be safely written down as a unique contribution to the annals of the "world democracy" of the western type. Indeed, such refined cynicism and the transformation of democratic procedures into frank fiction have not been thought of even in America, where, it would seem, all possible methods of fooling citizens have long been tried.

As a result of one such recent dispatch of its own president to an “off-line” in Moldova, for example, a new Minister of Defense, an ardent Romanian Eugen Sturza, appeared. Which the president categorically refused to agree on precisely because he openly looked into the mouth of Bucharest.

And it soon became clear why it was in the case of the replacement of the Minister of Defense that such a trick was needed. Hardly accustomed to the new position, Sturza immediately invited his Romanian colleague, Mihai Fifor, to visit. With whom he instantly agreed to create a joint Romanian-Moldovan army battalion.

“He added that the issue of creating a joint battalion to respond to emergencies is being discussed, taking into account Romania’s experience in this area with Hungarian colleagues - the Joint Romanian-Hungarian peacekeeping battalion and the TISA multinational engineer battalion. “I offered my colleague the model of cooperation of the TISA battalion, it only remains to analyze the direction of this unit’s activities,” concluded Fifor.
Moldovan and Romanian authorities can set up a joint battalion to respond to emergencies

For which “emergency situations” Moldova may need Romanian troops, despite the nebula of voiced wording, it is not difficult to guess. Especially since the current Romanian authorities, along with their Chisinau accomplices, are quite unanimous that Moldova is just a part of Romania and there should be no borders between them. And consequently, the Romanian military, if necessary, could act on the territory of a neighboring state, as on its own. The blessing of the relevant experience they have more than enough.

Just these days, in the Transnistrian city of Bender, a century of unprecedented Romanian atrocities against the local population was celebrated.

“In February 1918 of the year in Bender near the so-called“ Black Fence ”Romanian invaders committed a massacre, as a result of which 500 people were deprived of life, 150 of them were railroad workers. They shot at the railway junction. The fence that fenced the railway station was made of coal from the furnaces of steam locomotives with concrete. This fence was shot, ”said Svetlana Ladygina, the grandfather of which Pavel Petrikin’s grandfather was workers detachments opposing the Romanian invasion. "
Bender commemorates those who died in the bloody events of 1918

It is worth recalling that this Romanian attack followed immediately after the collapse of the Russian Empire, of which Moldova was a part. Romanians were in a hurry to grab as much as possible a piece of the Russian inheritance that had become unattended. And the Russians and Ukrainians, the indigenous inhabitants of these lands, then stubbornly resisted them.

The story repeated almost one to one at the end of the 20 century. Again historical Russia collapsed, now as the Soviet Union. And on the banks of the Dniester the war broke out again for the Russian inheritance. And again, the Romanians were right there. In the summer of 1992, the so-called "Romanian volunteers." In fact, the disguised soldiers and officers of the Romanian army poured a stream across the border river Prut and became the main striking force in the fight against pro-Russian Transnistria.

And now everything - the new "approach to the projectile." Which may turn out to be even more dramatic and bloody than the above. Because in Bucharest they understand perfectly well - this time, if Moldova, as a result of the change of political power, leaves Russia, it will disappear forever. And they will do everything possible to prevent this. And since they have practically no legal means for achieving this goal, all hope is only for “emergency situations”, the orthodox defense minister appointed by them in Chisinau, and Romanian troops specially invited for this purpose. I don’t know where this new Black Fence will be set up this time. But the fact that the pro-Romanian politicians are ready to impose the whole of Moldova on him, if she sends them to hell, I have no doubt a second.

Ctrl Enter
Noticed oshЫbku Highlight text and press. Ctrl + Enter
We are
Situational analysis of the death of the MH17 flight (Malaysian Boeing 777), made on the basis of engineering analysis from 15.08.2014Results of the week. “In our cooperative, the board is always agreed”
Military Reviewin Yandex News
Military Reviewin Google News
73 comments
Information
Dear reader, to leave comments on the publication, you must sign in.