Sergey Glazyev: We have a terrible economic catastrophe 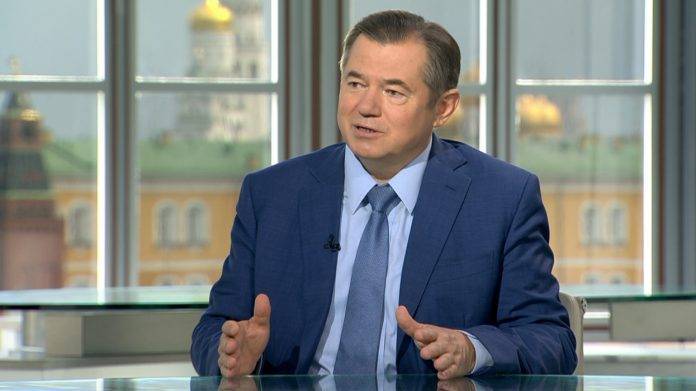 Shortly after the Russian Academy of Sciences (RAS) began to come up with a program to change the economic paradigm in the country, and Anatoly Chubais had to publicly defend the current model, we witnessed the so-called “reform” of the academy to further limit its powers. The latest incident was the disruption of the election of the president of the Russian Academy of Sciences and attempts to resubmit the election directly to the head of state. According to academician Sergei Glazyev, the reform of the RAS gives the opposite results of the officially announced, but scientists can still put the economy on the right track.

Sergei Yuryevich, please tell us about the latest developments in the Russian Academy of Sciences, what processes are going on and how do academics evaluate them?

The reform, which was imposed on the Academy of Sciences several years ago, did not actually achieve its results, but had the opposite effect. It was expected that the work of scientists would be freed from oversight, the economic and bureaucratic burden of management, but, in fact, there was a very serious bureaucratization of the work of academic institutions. The Federal Agency for Scientific Organizations (FANO) behaves as a higher structure and forces scientists to write endless reports that the officials of this organization are not able to even understand and understand them. Petty regulation, formalism and overbureaucratization very seriously interfere with the scientific process, complicating, and not simplifying the work of scientists.

What to do in this situation?

I think that it is necessary to return to the principles about which the president spoke when the reform was conceived, and to achieve correct subordination. There is the leadership of the Academy of Sciences, it defines the basic directions of basic research, and the FANO should be a service organization that works within the framework of the duties defined by the Presidium of the RAS.

Still, how do you assess the situation with the election of the President of the Russian Academy of Sciences - what is happening?

I do not appreciate. Elections we foiled.

Do you think the reform of the Russian Academy of Sciences is slowing down the modernization of the economy, the creation of 25 million high-tech jobs - something that the president has repeatedly called for?

Reform has nothing to do with this, because if we talk about the contribution of the Russian Academy of Sciences to economic development, here we are sorely lacking a mechanism for the commercialization of research and development. This mechanism should include venture funds, development banks, investment funds. If FANO was involved in creating a mechanism for introducing scientific achievements into practice, this would be very good. Instead, officials are engaged in petty regulation on the use of property. Here you can find out without officials how to effectively use property. But the task of organizing the promotion of scientific results in practice is just the function of government departments, which is stalled today. Therefore, the question of why the discoveries of our scientists are being introduced around the world, but not in our country, this is not a question of the Academy of Sciences, but a question for the work of the Government, the Central Bank, which form the economic policy and are responsible for creating conditions .

By the way, about the implementation of developments and attitudes towards scientists abroad. While the functionality of the Russian Academy of Sciences is being limited, China has begun to actively return its scientists from the United States, the Chinese press wrote about this the other day. Is it time for us to do the same?

China has been doing this for a long time and successfully, we are also trying. But the main thing here is not even the financing of scientific works, but for our foreign colleagues there is a system of grants, which stimulates their return to Russian educational and scientific organizations, the main thing is practical implementation, which I have already mentioned. It is very important for a scientist to see the result of his work in practice. Today, between fundamental and applied science in many branches of knowledge, the barrier has virtually been erased, and yesterday's scientific laboratories are becoming successful firms everywhere. In order for Russian minds not to be “exported”, but, on the contrary, returned to Russia, it is very important to create a favorable environment for innovative activity.

In recent months, various economic strategies are being discussed, the mainstream is apparently Kudrin's strategy, but there are others, including the one proposed by the Russian Academy of Sciences. Is it possible now to say that scientists are attracted to this work or, on the contrary, have been pushed aside from it?

Scientists of the RAS have always had and have a position based on scientific knowledge about the patterns of economic development. It, unfortunately, is not claimed by public authorities for 25 years. The recommendations that academic science has consistently defended have proven their practical effectiveness have manifested themselves in the economic miracle of China, in a number of other countries where sensible economic policies are pursued. Our economic policy is conducted in favor of the comprador oligarchy, speculators and Western capital. We follow the trajectory of the IMF, whose task is not economic growth, but the creation of favorable conditions for the movement of American capital throughout the world. Wherever the IMF works, we see economic disasters.

Our country is not an exception, but one of the typical examples of following the recommendations of the IMF, as a result of which investment activity decreases, production drops, but the economy is “successfully colonized” by Western capital. We already have more than half of the industry owned by non-residents.

If the goal is to make a colony for Western capital from Russia, then the policy pursued over the course of the 25 years with us can be said to be very successful. But it has nothing to do with national interests, nor with the tasks of economic development.

If the goal is economic development, what should be done?

It is necessary to implement not the recommendations of the IMF, but the recommendations of scientists of the RAS, which are based on an understanding of the laws of economic development, knowledge of international experience and have brilliantly recommended experimentally. We have a wonderful, unique economic stories experiment - at the same time we started reforms with China on the transition from a directive to a market economy. China has performed an economic miracle, today it already produces six times more products than we do, and we have the most monstrous economic catastrophe in the world history of peacetime. There are visual confirmations by which one can speak, which concept is correct and which is not.

Would you say that the failure of our concept has already been proven?

The failure of the libertarian concept of the Washington consensus received experimental confirmation in Russia, and the concept of an integral economic policy combining planning and market mechanisms yielded brilliant results. What else is needed for evidence, I do not understand.