February 2 2018
41
Full or partial lifting of sanctions against Russia before the implementation of the Minsk agreements could lead to a split in Europe, reports RIA News statement by the head of the Ukrainian Foreign Ministry Pavel Klimkin. 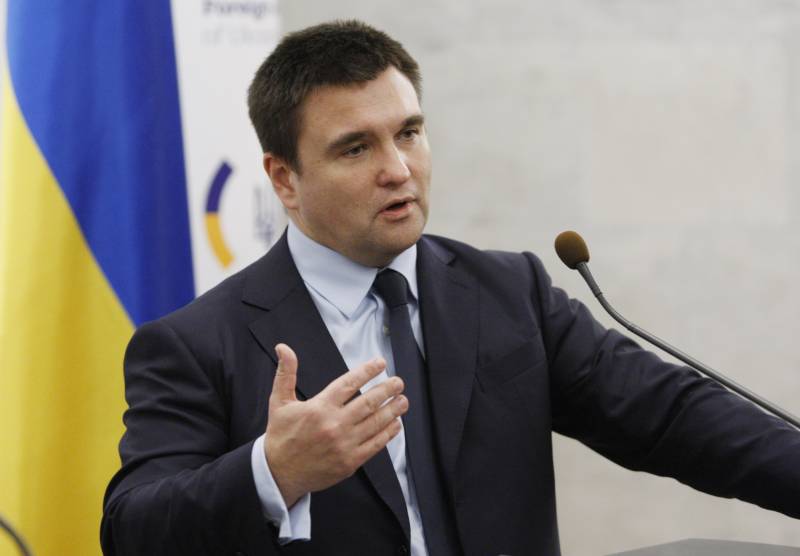 Sanctions must remain in force. It’s impossible to deny their effectiveness.
Klimkin told the Rheinische Post.

In his opinion, even a partial abolition of restrictive measures "will be perceived by the Russian authorities as a weakness of the West and will lead to a split in Europe."

Earlier, the leaders of the two German lands were in favor of the phased abolition of anti-Russian EU sanctions. They compared these restrictive measures with the “dead horse” and agreed that the Ukrainian crisis “cannot be settled with the help of a symbolic policy, for which German enterprises have to pay.”

However, the federal government rejected this idea.

Recall that the European Union imposed sanctions against Russia in 2014, against the background of the Ukrainian crisis, accusing Moscow of interfering in the situation in Ukraine. Moscow, in turn, has repeatedly noted that it is not a party to the Ukrainian conflict.

Ctrl Enter
Noticed oshЫbku Highlight text and press. Ctrl + Enter
We are
Klimkin told Kommersant about what prevents Kiev from starting a dialogue on holding local elections in the DPR and LPR
41 comment
Information
Dear reader, to leave comments on the publication, you must to register.