February 1 2018
78
Concern "Kalashnikov" starts mass production of AK-12, the first batch of the Russian Defense Ministry will receive before the end of the year, the head of Rostec Sergey Chemezov told reporters. 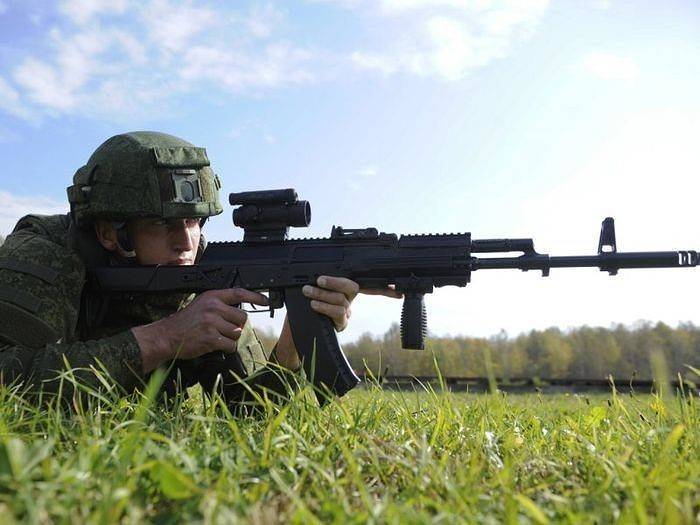 29 January, the official representative of the "Kalashnikov" Sofia Ivanova reported that the Ministry of Defense has adopted the new AK-12 and AK-15 assault rifles. They are recommended for airborne troops, marines and ground forces.

 AK-12 is an automatic machine of 5,45 caliber mm, and AK-15 is a caliber 7,62 mm, you can put shops from previous models of corresponding calibers on them, the manufacturer informed. You can also install a bayonet, quick-release muffler and 40-mm grenade launchers GP-25 or GP-34 on the machines

Ctrl Enter
Noticed oshЫbku Highlight text and press. Ctrl + Enter
We are
Kalashnikov rifle
78 comments
Information
Dear reader, to leave comments on the publication, you must to register.