RIA News cites Vadim Astafyev’s statement:
Distinctive features of the new combat vehicles in comparison with previous versions is a more powerful engine for 1130 horsepower, an improved set of weapons, aiming and control. For the driver has a gear shift, digital display and a rear-view television camera.

Operation of the upgraded versions of the T-72B3 tanks will reportedly begin with military personnel during the summer training period.

Earlier (at the end of December) 16 of deeply modernized T-72B3 tanks replenished the arsenal of a motorized rifle brigade stationed near Orenburg. 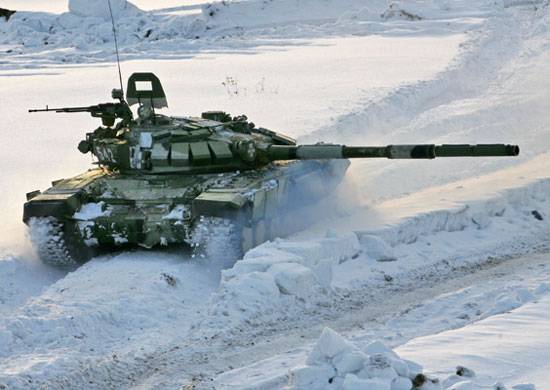 The tanks are equipped with a digital chassis control system, armed with an 125-mm cannon and two machine guns. A Sosna-U sight mounted on an armored vehicle with an automatic target tracking function and a thermal imager. The tank has a new generation of ballistic calculator, as well as a weather sensor.

Ctrl Enter
Noticed oshЫbku Highlight text and press. Ctrl + Enter
We are
T-72B3 tanks will receive automatic gear shift
45 comments
Information
Dear reader, to leave comments on the publication, you must to register.