Sanctions against the Russians? Germans and the European Union object!

February 2 2018
31
In Germany, they do not admit that the “Kremlin report” was drafted in order to introduce additional sanctions against the Russian economy. In the eastern German lands, politicians express a desire to even weaken the existing sanctions against Russia. The Germans fear that, as it were, due to new American wishes, there would be no problems with the gas supply to Germany. The European Union also does not support the idea of ​​new sanctions against Russia. 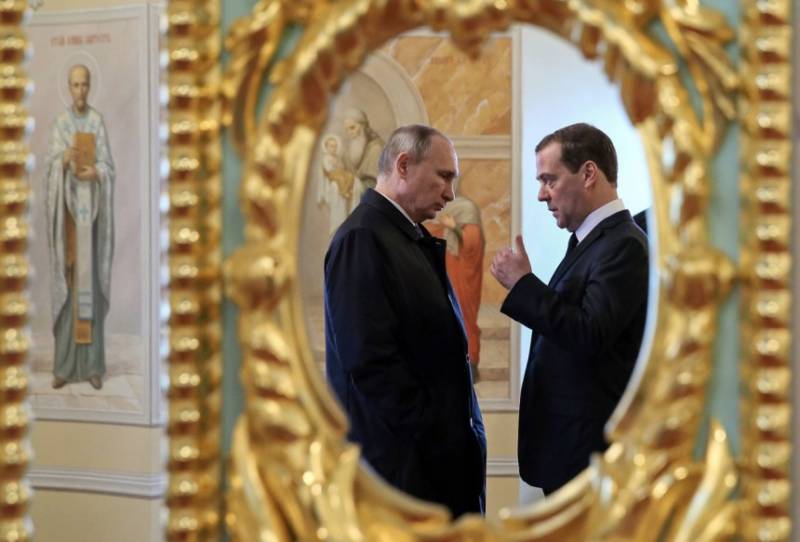 The list of Russian politicians and businessmen who may be subject to sanctions in the near future, made the majority of those who fell on this list “shrug their shoulders” ironically. «Süddeutsche Zeitung». As for the reaction of President Putin, he already called the actions of the United States an “unfriendly act” that complicated relations between the two states. At the same time, Russia is currently “refraining from countermeasures, but rather is interested in improving relations,” correspondents Julian Hans and Hubert Wetzel write.

Such a calm Russian reaction can be explained by the fact that US President Donald Trump refrains from imposing new sanctions on the Russian defense industry, as the US Congress originally demanded of him. But the congressmen last summer almost pulled out the oath from the White House about the future "sanctioning" of the Russian defense industry and all its business partners.

And then the White House suddenly went back down. As they say in the US State Department, the very existence of the law with the Kremlin list already has a “deterrent” effect, and the Russian military industry has already lost billions of dollars.

The Eastern Committee of the German economy urged not to overestimate the significance of the Kremlin list mentioned: after all, the US government has made it clear that it does not intend to extend sanctions.

Much more worried representatives of German companies and the federal government. According to the German edition, representatives of German companies, as well as Foreign Minister Sigmar Gabriel, have already expressed their concerns. Sanctions against Gazprom could jeopardize plans for the second phase of the Nord Stream gas pipeline, which will lead to an increase in the supply of Russian natural gas through the Baltic Sea to Germany. German companies Uniper (formerly Eon) and Wintershall are participating in the project.

When the Kremlin report was made public, the heads of the five eastern states of Germany opposed anti-Russian sanctions.

As the "The Local", the leaders of the five lands in the east of Germany (the territory of the former GDR) stated that they oppose the continuation of the policy of sanctions against Russia related to the "illegal annexation of the Crimea."

Following the meeting of the five leaders, the minister-president of Saxony-Anhalt, Reiner Haseloff, called the sanctions ineffective. The likelihood of their effective impact "decreases day by day."

True, this same Haseloff, a Christian Democrat, that is, a member of the party Angela Merkel, described the "annexation" as a "violation of international law." At the same time, he referred to the interests of the eastern lands of Germany: “But we also have to take into account that the particularly strong influence [of the sanctions] on business is felt in the East German lands, while it plays a minor or at least secondary role in the western lands of Germany.”

The Minister-President of Mecklenburg-Vorpommern Manuela Schwesig (Manuela Schwesig) stressed that "we definitely support the weakening of mutual sanctions."

The current position of the Eastern Committee of the German economy is as follows: its chairman, Wolfgang Büchele, believes that the new “anti-Russian list” (meaning the Kremlin report, which we wrote yesterday about "IN") should be treated without unnecessary panic. After all, Washington made it clear that the sanctions against Russia and the list are different things.

The list is “not related to likely new sanctions,” suggests the head of the committee. Büchele is even sure that new sanctions by the US administration are not planned at all. Finally, he expressed the hope that the European Union and the United States would “reconcile on the issue of sanctions” and move on to diplomacy.

Such verbosity, we note, just looks like a panic. Or even a slight alarm. Anxiety, understandable against the backdrop of German business concerns about difficulties with Gazprom and other Russian companies. And against the background of some numbers voiced by German experts.

It turns out that the sanctions are terribly expensive for both the “sanctioned” side and the “authorizing” one.

The results of the study of the University of Kiel led on its pages a major financial portal finanzen.net (Germany). According to the university, economic sanctions and counter-sanctions cost the conflicting parties more than 100 billion euros (the calculation was made from 2014 of the year). About 60% losses occurred in Russia and almost 40% - in the EU.

At the EU level, too, objected to the new sanctions.

The European Union has decided not to support the strengthening of anti-Russian sanctions, Belgian Prime Minister Charles Michel said after a meeting with his Russian counterpart Dmitry Medvedev. Thus, the politician commented on the “Kremlin list”.

Michel recalled that there are disagreements between the EU and Russia, but noted that it is necessary to “open a dialogue” and finally build fruitful relations. “I told him [Dm. Medvedev] also said that in the European Union we talk a lot about Russia, but we don’t talk to her, we don’t communicate with her. In the future, it seems to me, it would be useful to expand this dialogue, make it more structural, ”the Belgian prime minister said. "Lenta.ru".

However, alas, all these are common words. As for the position of the Eastern Committee from Germany, its leader, Wolfgang Büchele, seems to be an absolute optimist when he assures the public that the Kremlin report and sanctions against Russia are completely different things. Is he trying to reassure the German public?

The thing is that the American Minister of Finance, S. Mnuchin, does not say at all what this German says. American ideologue of the "Kremlin report" just claimsthat after the list will come and sanctions. According to Mr. Mnuchin, the sanctions of the Russian oligarchs and officials are ahead: "This [Kremlin report] should in no way be interpreted as if we do not apply sanctions to anyone from this report."

Therefore, a slight panic in Germany, buying gas from Russia, is justified (if it can be said about panic). German business, which cooperates with large Russian companies, can get into an unpleasant situation: the sanctions that the American Ministry of Finance promotes through its list will affect not only Russians from the list and their organizations, but also those foreign companies or governments that wish to cooperate with the Russians, despite sanctions. How Europe (especially Germany) will get out of such difficult relations with its overseas "partner", and the devil himself does not know.

Observed and commented on Oleg Chuvakin
- especially for topwar.ru
Ctrl Enter
Noticed oshЫbku Highlight text and press. Ctrl + Enter
We are
Situational analysis of the death of the MH17 flight (Malaysian Boeing 777), made on the basis of engineering analysis from 15.08.2014Results of the week. “In our cooperative, the board is always agreed”
31 comment
Information
Dear reader, to leave comments on the publication, you must to register.