January 31 2018
40
The aircraft carrier Queen Elizabeth, included on December 7 as part of the British Navy, will not leave Portsmouth for scheduled two-month running trials, possibly due to an unexpected response of the fire extinguishing system, reports TASS message of the newspaper Evening Standard. 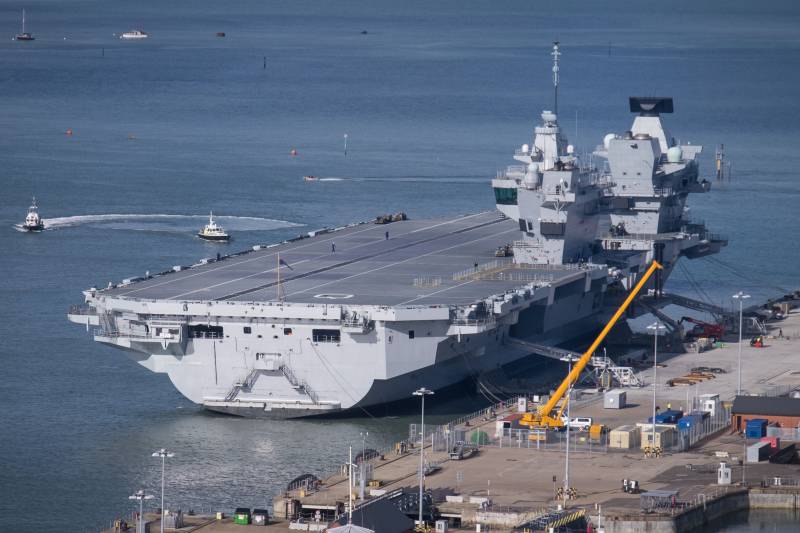 According to the newspaper, referring to a naval source, "the incident occurred on Sunday, and experts are trying to figure out the cause of the sprinklers." According to the information, "the flow of water into the aircraft carrier was insignificant and the consequences of the incident were quickly eliminated."

At the end of last year, the ship, which became the flagship of the royal fleet, found a leak in the seal of one of the mechanisms.

A shaft seal problem was identified during the Queen Elizabeth marine test. Its removal is scheduled while parked in Portsmouth,
then told the representative of the Navy, who assured that this damage will not make changes to the test schedule.

Ctrl Enter
Noticed oshЫbku Highlight text and press. Ctrl + Enter
We are
The aircraft carrier Queen Elizabeth: the largest ship in the history of the British fleetUnexpected guests in the control zone of the Pacific Fleet of Russia and the Chinese Navy. British AUG at the gates of the Great Pacific Game
40 comments
Information
Dear reader, to leave comments on the publication, you must to register.